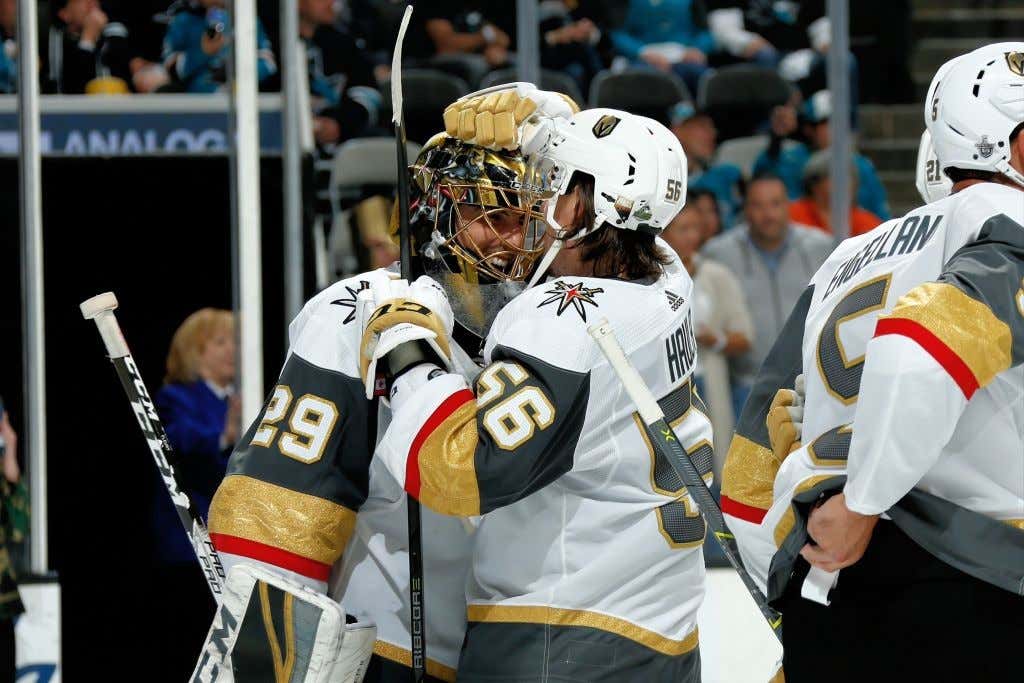 There’s quite literally nothing to be said about the Vegas Golden Knights right now that already hasn’t been said before. This is a team that didn’t even exist until just a couple of years ago. This is a team that wasn’t even in the league last year. And now they’re just 4 wins away from advancing to the Stanley Cup Final in their first year in the league. A team full of Golden Misfits. Guys who organizations had given up on. Wild Bill Karlsson? Columbus thought he was trash. They didn’t think he was worth protecting in the Expansion Draft. Look at him now. Jonathan Marchessault? The Panthers thought their roster was good enough as is, let him walk to Vegas and now Marchessault has 11 points in 10 playoff games while the Panthers have been on their couch since early April. Marc-Andre Fleury wasn’t the guy in Pittsburgh anymore. They decided to go with Matt Murray. And now MAF has closed out two series with shutouts on the road, is posting a .951 save percentage in the playoffs and has 4 shutouts in 10 games.

The way the Expansion Draft was set up this year was obviously in Vegas’ favor. The league didn’t want a new team to come in and get shit pumped every single night. They at least wanted this team to be competitive right off the bat. But competitive in a way that would still have them coming in 5th or 6th place in their division. Not make it to the conference final in just 10 games. But here we are.

I still think whoever comes out of Winnipeg/Nashville is going to end up winning the West. But people have been betting against the Golden Knights all season long and they just continue to win and win and win. Also that Jets/Preds series is a bloodbath so Vegas is going to get pretty lucky there that both of those teams are beating the shit out of each other before they have to play them in a conference final. So you know what? Who the fuck knows? Vegas is winning the Stanley Cup in their inaugural season and that’s why the NHL is the greatest professional sports league in all of the world.