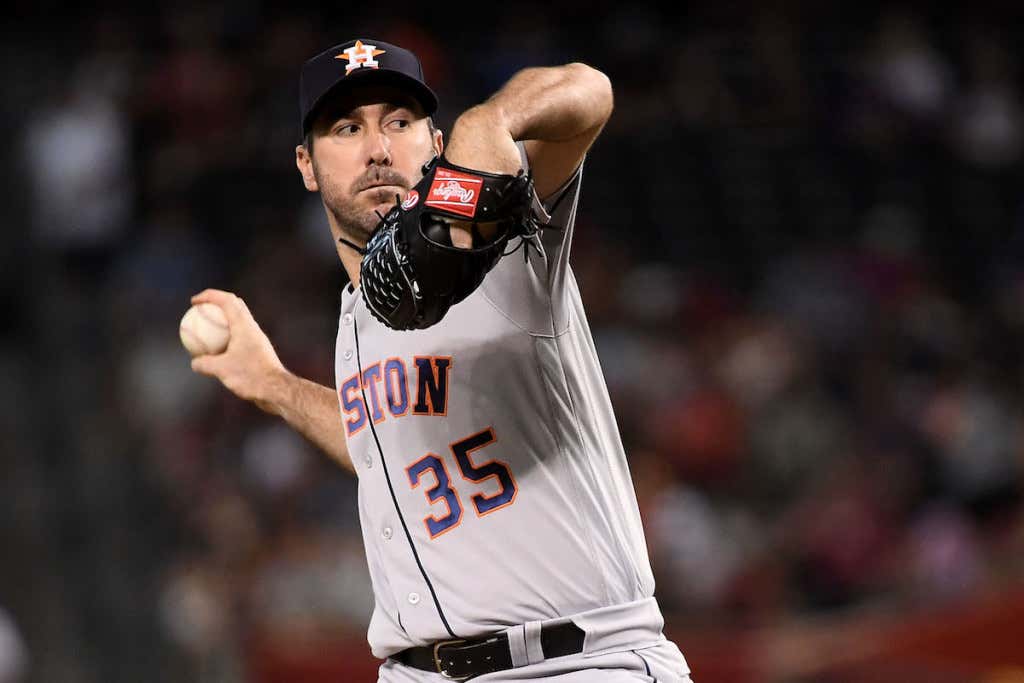 I mean honestly, hats off to Justin Verlander. Even when you “get” him, you don’t really get him. Astros manager AJ Hinch is letting the folks at home know that he believes Verlander’s unbeaten streak was ended on a “horseshit rule and bad interpretation.”

In their three-game series this weekend, the Astros took the opener, lost Saturday on a walk-off base hit by AJ Pollock, and then sent Verlander to the hill in the rubber match. Verlander threw six innings, struck out eight, allowed two runs but only one of them was earned, and that proved to be the dagger with the Astros only giving him one run of support.

So, before we get into Verlander, a big shout out to the Dbacks for keeping their streak alive of having not lost a series yet this season. They’ve won every series that they’ve played, besides their four-game series with the Dodgers last week that they split two games apiece. The Dbacks keep their 3.5 lead in the division with the Rockies beating the Mets today by a score of 3-2. That 3.5 game lead is the largest divisional lead in baseball right now. The Dbacks are for real, if you didn’t already know that.

Now, to Verlander. People forget, he wasn’t a trade deadline acquisition for Houston and that he didn’t make his first start for the Astros until September 5 last year. Also something to note here, Verlander got the loss in Game 6 of the World Series when he went six innings, gave up two runs and struck out nine, so this unbeaten streak was regular season only.

With all of that out of the way, let’s talk about how great he’s been for the Astros. Since being acquired, Verlander has made 13 starts and is now 9-1 with a 1.13 ERA, a 0.68 WHIP, and 113 strikeouts in 87.2 innings, averaging 6.2 innings per start. How do those numbers stack up against the rest of Major League Baseball over that span? His ERA? First. WHIP? First. Strikeouts? Three fewer than Max Scherzer (116), who struck out 15 batters today. Innings? First.

He has been a machine. A baseball-throwing, bat-missing, game-winning, championship-celebrating, supermodel-marrying machine. And anybody could’ve had him.