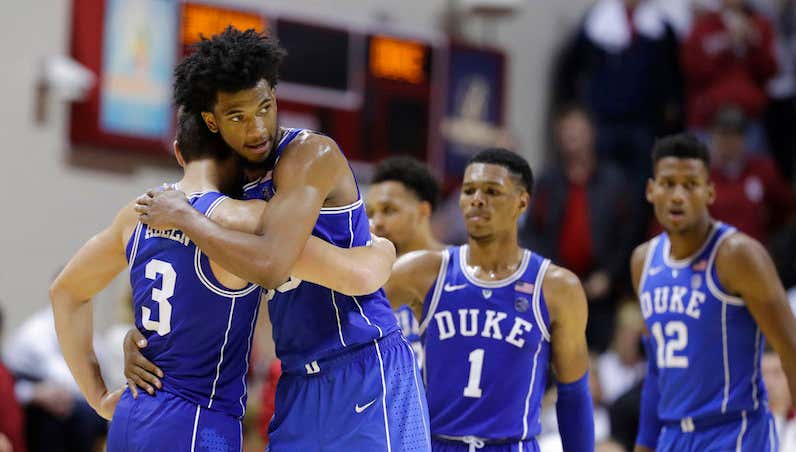 The NBA Combine has grown pretty much every year and is also a key date now in the offseason. With the ability for players to test the water without an agent, the combine signifies an important date. First, if you receive an invite to the Combine you’re not going to announce your intentions for at least 10 days. Second, is that 10 day line I just mentioned. College players have to announce if they are staying in the Draft or returning to school 10 days after the Combine ends.

So with that in mind let’s take a look at this year’s Combine list. We know right off the bat that Luka Doncic, Deandre Ayton and Robert Williams will be skipping the Combine, which opens up three spots for guys who wouldn’t have the opportunity originally. I’ll separate the list by guys who are for sure picks, borderline picks and then work to do – meaning I’d be shocked if they get drafted. Here’s what I have.

Now just because they weren’t invited to the Combine doesn’t mean they won’t leave, because who knows everyone’s situation, perhaps they just want to be pros and can still work out in front of teams.

The Combine takes place in Chicago from May 16-20. Now, all 69 (nice) players that were invited won’t necessarily participate in every activity as some will just do measurements and interview while others will go through every drill and 5 on 5. Expect some of the top guys to skip the drills as they are guaranteed top-10 picks no matter what. This list will also change before then as some guys will drop out and other names will be added to replace those.