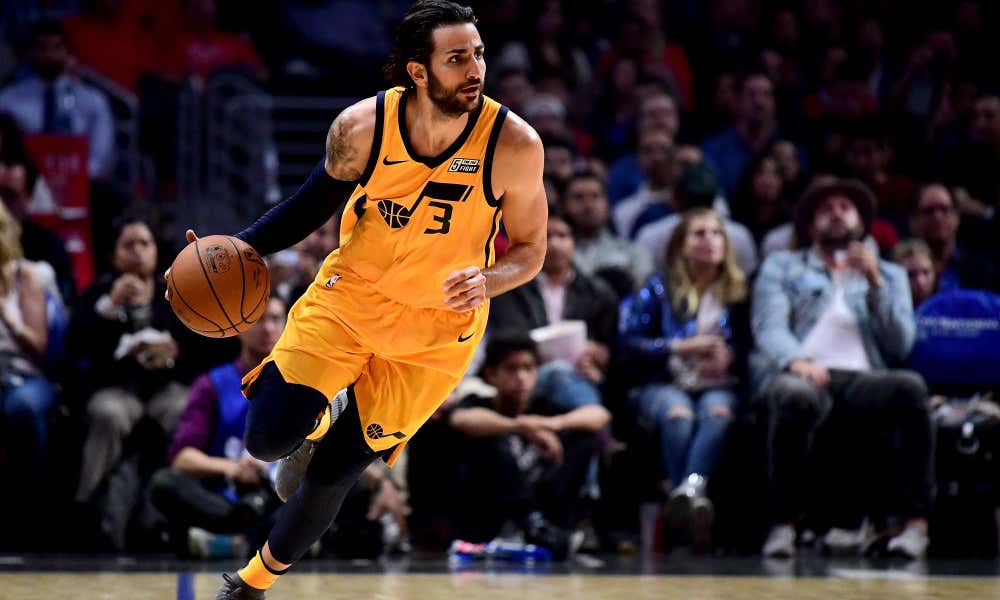 Ricky Rubio has missed the first 3 games of the Jazz series against the Rockets dealing with a hamstring injury which he suffered in the last game against the Thunder. However, it’s being reported that the Jazz are upgrading Rubio to probably for game 4 and it will be determined if he’ll play or not following treatment early today. With Rubio not being able to play, Donovan Mitchell has had to slide over to the point guard spot instead of playing off the ball. He’s played well, but is now struggling shooting the ball as he’s had to play a majority of minutes and you can see some fatigue in the legs when he shoots now. Moving Mitchell back to off the ball gives him a chance to be a playmaker from the wing as Rubio can set people up with his ability to drive and find space.

One of the names to watch this offseason from a coaching standpoint was Doc Rivers. There was a chance that he’d leave the Clippers for one of the open jobs, but now it looks like he’ll be a Clipper for quite some time. Entering his final year of a five-year contract, it’s being reported that the Clippers are currently planning on extending his contract. Part of the reason as to why people thought Rivers might leave is the face that he was stripped of his GM duties and replaced by Lawrence Frank in that role. At the same time the Clippers are expected to somewhat be in rebuild mode, especially if DeAndre Jordan goes elsewhere in free agency this summer. Rivers actually did an incredible job this past season, keeping the Clippers in the playoff hunt until the last week of the season despite trading Blake Griffin, losing Chris Paul in the offseason, Patrick Beverly being hurt and Danillo Gallinari missing a bunch of time to injury. The Clippers do have two lottery picks in the coming draft, which could mean the new core is coming to help quick.

Two names that we’ve seen pop up in a bunch of interviews so far seem to be in position to land the Hornets job. After interviewing guys like David Fizdale, Ime Udoka and Ettore Messina, the Hornets seem to be narrowing their job to James Borrego and Jay Larranaga according to Woj. Now, you have to think Larranaga has an advantage coming from an ACC background since apparently all Jordan wants to hire is UNC guys. That said, both guys are young and upcoming assistants. Borrego actually spent 30 games as the interim head coach for the Magic wher ehe went 10-20 before returning to the Spurs as an assistant coach. Larranaga has been with the Celtics since 2012 after spending time working for the Erie Bay Hawks.

Stefan Bondy of the New York Daily News wrote about a story involving David Fizdale, Marc Gasol and the strained relationship. That was the main story earlier this year when the Grizzlies fired Fizdale sort of out of nowhere. The relationship was strained when Fizdale asked each Grizzlies member if they thought they could win a title to which Gasol responded ‘no, we don’t have the right leader.’ Fizdale shot back ‘I get it, you want Gregg Popovich and I want LeBron James.’ That combined with Fizdale ultimately wanting his own team and getting away from Grit n Grind to a new style led to his firing in Memphis. Ultimately, I get it if you’re Fizdale. You come in to a franchise and a core that was getting older and not competing for a title. You want to change things up and figure out a new core perhaps. Players have to adjust but they don’t want to. It’s a tale as old as time and will always happen. The split seemed to be a good one now as Fizdale has been able to move on to the Knicks.