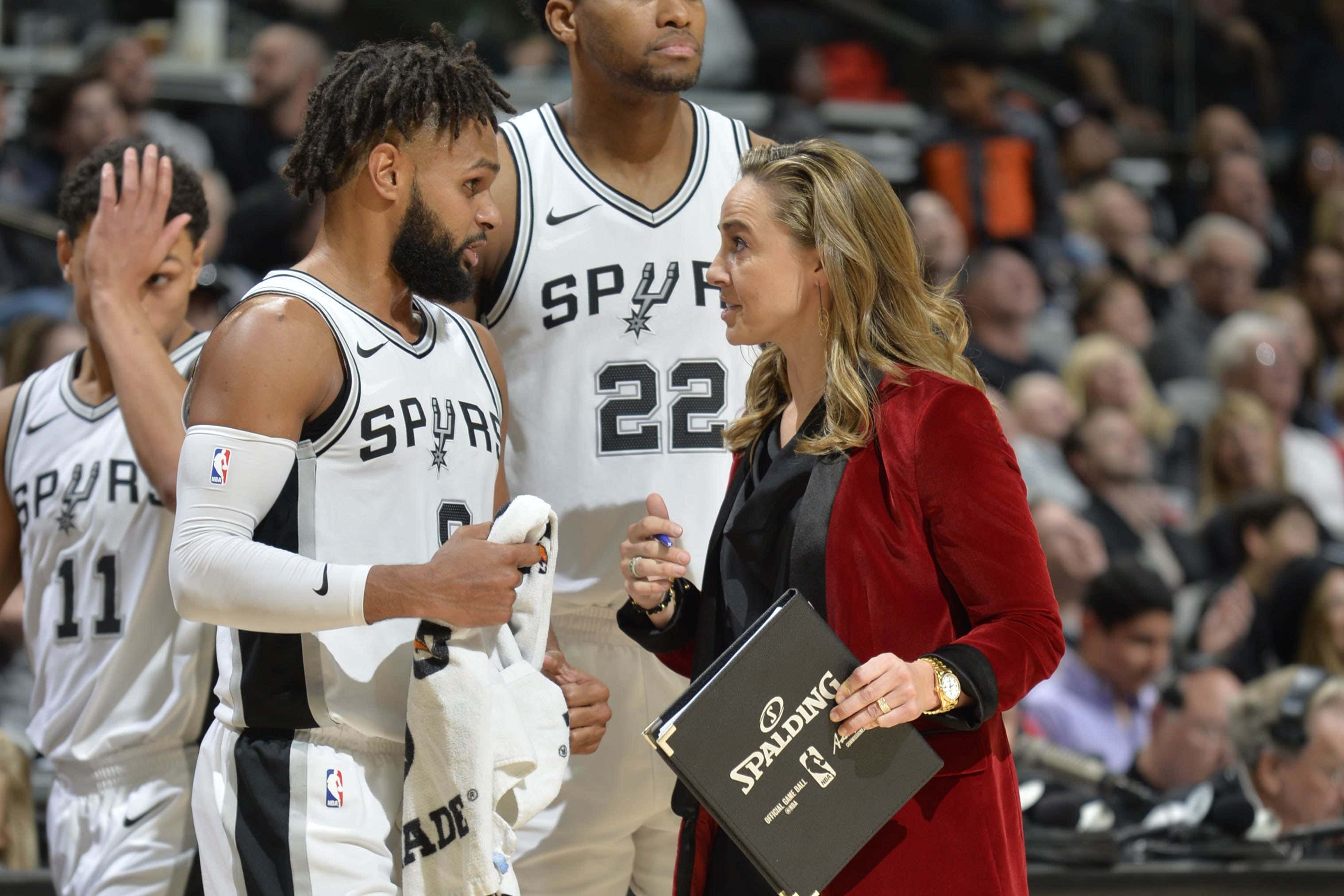 The Bucks are going to use a similar plan as the Knicks in the sense that they will interview multiple people from different backgrounds. It’s an incredibly smart thing to do, especially when you have some time to make your hire and you have arguably the most desire opening left. One of those names that will interview is Becky Hammon. Let it be known this isn’t some sort of PR grab or anything like that. Hammon is well-respected within the NBA community and has been working her way up the Spurs coaching staff learning under Pop. This also isn’t the first time she thought about a head coaching job (she was rumored to discuss the Colorado State men’s opening) nor the first time she has been rumored with the Bucks. She had interviewed for the then-vacant GM opening with the Bucks a few years ago. She’s going to get a head coaching job and will be the first woman to coach a men’s team at the Division I or NBA level. She will interview for the Bucks job as will her current coaching mates Ettore Messina, James Borrego, Monty Williams and Steve Clifford. Personally, I still think Mike Budenholzer makes the most sense here as the Bucks are ready to compete now.

So this was reported by Darren Wolfson and Dan Feldman. Apparently Glen Taylor and Tom Thibodeau simply aren’t getting along. Thibs wants to win right away – hence his signings of guys like Taj Gibson, Derrick Rose, etc. However, it worked. The Wolves snapped a 13-year playoff drought. They have a core of KAT, Butler and Wiggins to possibly build around. That said there are problems in the front office. Now, Thibs is set for the near future, but how long can these two coexist? It’s just something to watch through free agency.

Mitchell and Iverson reach out to Simmons

We all know Ben Simmons struggled two nights ago. I’m not here to talk about that because I hate both the Sixers and Celtics. That’s what happens when you grow up as a Knicks fan in Pennsylvania not far from Philly and write for Barstool. That said, the news here is that Donovan Mitchell talked about Simmons scoring 1 point in game 2. He talked about how it’s just one game and all about the response. Hopefully Mitchell can keep his own words of encouragement after struggling mightily in game 3. At the same time, Allen Iverson reached out to Simmons as well. Iverson sort of said the same thing as Mitchell in the sense that he needs to just play his game and not remember about game 2.