Perfect weather is expected for the 144th run for the roses, as the Kentucky Derby brings us the Triple Crown season. On this date in 1973, one magical horse named Secretariat set the track on fire, winning all three races in record-breaking fashion. Can any horse in this field come close to that magical stallion’s pace?

Gate 1: Firenze Fire who is listed at 50-1, trained by Jason Servis and ridden by Paco Lopez is the longshot from the Garden State. Drawing the first gate all but ends any chance for an upset for Firenze Fire as no horse from the #1 position has one in Churchill Downs since Ferdinand in 1986, with 20 horses in the race, it’s hard to see that changing this year.

Gate 2: Free Drop Billy listed at 30-1 trained by Dale Romans and ridden by Robby Albarado does not seem to be a serious choice, as a poor showing in the Blue Grass Stakes has his owners thinking retirement.

Gate 3: Promises Filled listed at 30-1 trained by Dale Romans and ridden by Corey Lanerie is a proverbial sprinter jumping out of the gate fast, like the Mets, but by the time the race is a quarter of the way done, he will have expended all of his energy and fade quickly to the back of the pack.

Gate 4: Flameaway listed at 30-1 is trained by Mark Casse and ridden by Jose Lezcano If you are looking for a longshot, this may be the horse for you, as Flameaway has won five races, most of any horse in the field. At 30-1, he would be a great payout if he were to somehow win the race, as he has never finished worse than second.

Gate 5: Audible listed at 8-1 is trained by Todd Pletcher and ridden Javier Castellano is one of the top choices to win this race, coming in with a win in the Florida Derby. Audible has won his last four races and is a strong finisher. Don’t be shocked if he is in the race to the very end. The fifth gate has been lucky with five winners in the last 21 years.

Gate 6: Good Magic listed at 12-1 is trained by Chad Bown and ridden by Jose Ortiz has already had success in Kentucky, winning the Blue Grass Stakes in April. Never finishing out of the money, Good Magic will be a horse to watch for sure.

Gate 7: Justify listed at 3-1 is trained by Bob Baffert and ridden by Mike E. Smith. Is the horse that everyone is talking about, after winning the Santa Anita Stakes. Listed as the favorite, he may not be a great bet as no horse that has not raced as a two-year-old has won the Kentucky Derby since Apollo in 1882.

Gate 8:  Lone Sailor listed at 50-1 is trained Thomas Amoss and ridden by James Graham. This horse is not coming in hot as he has not won in five starts, finishing only twice in the money. With speed demons around him, it is likely Lone Sailor will sink to the back of the field and take up the rear, most of the race.

Gate 9: Hofburg is listed at 20-1 is trained by William Mott and ridden by Irad Ortiz. With just three races, Hofburg is the least experienced horse in the field. Lacking the speed of other blue-chip horses, Hofburg will need one magical run to have a shot in Louisville.

Gate 10: My Boy Jack is listed at 30-1 is trained by Keith Desormeaux and ridden by Kent Desormeaux. With ten previous races, My Boy Jack is the most experienced horse in the field, winning the Louisville Stakes three weeks ago. He could be a factor early, but when the stretch come does he have the stamina to stay in the race?

Gate 11: Bolt d’Oro is listed at 8-1 is trained by Mick Ruiz and ridden Victor Espinoza. One of the bright stars in the race, with four career wins, Bolt d’Oro might be the strongest horse in the field. While he finished second in Santa Anita to Justify, having Victor Espinoza on board truly makes him the horse to watch for me.

Gate 12: Enticed is listed at 30-1 is trained by Kiaran McLaughlin and ridden by Junior Alvarado. Enticed has been all over the U.S. never finishing worse than fourth in six career races. However, with so many bigger and better horses, it’s hard to see Enticed being much of a factor in the run for the roses.

Gate 13: Bravazo is listed at 50-1 is trained by D. Wayne Lukas and ridden by Luis Contreras. Bravazo has won in the past, but after a poor eighth-place finish in his last race, the Louisiana Derby it is hard to imagine Bravazo has the bravado to win.

Gate 14: Mendelssohn is listed at 5-1 is trained by A.P. O’Brien and ridden by Ryan Moore. Under most circumstances, Mendelssohn would be the overwhelming favorite and the horse with the best chance to go on a Triple Crown run. Dominating the field, he won the UAE Derby by 17 lengths. However, horses that win in Dubai have always done poorly in Louisville. In addition, no European horse has ever won the Kentucky Derby, but some say Mendelsshon could be special and could be the one that breaks that long-held drought.

Gate 15: Instilled Regard is listed at 50-1 is trained by Jerry Hollendorfer and ridden by Drayden Van Dyke. Its hard to imagine in such a crowded field that Instilled Regard will have much of a chance to win the Kentucky Derby, but his trainer has instilled some longshots into the money holding him in high regard.

Gate 16: Magnum Moon is listed at 6-1 is trained by Todd Pletcher and ridden by Luis Saez. Magnum Moon is unbeaten in four shots, winning his last race the Arkansas Derby. However, like Justify he will have to break the century-long curse against horses that did not run as a two-year-old.

Gate 17: Solomini is listed at 30-1 is trained by Bob Baffert and ridden by Flavien Prat. In six races Solomini has never finished out of the money, however, it is hard to see him actually winning, though he could sneak into a trifecta.

Gate 18: Vino Rosso is listed at 12-1 is trained by Todd Pletcher and ridden by John Velazquez. With three career wins Vino Rosso is a solid choice, especially coming off a win in the Wood Memorial Stakes. Velazquez rode Always Dreaming to victory at Churchill Downs last year, but no horse has ever one out of the 18th gate, making his job all the more difficult.

Gate 19: Notable Indy is listed at 30-1 is trained by Todd Pletcher and ridden by Florent Geroux. Notable Indy is the most rested horse in the field, not having run a race since winning the Louisiana Derby six weeks ago. Hard to see this horse being much of a factor especially with its draw in the penultimate gate.

Gate 20: Combatant is listed at 50-1 is trained by Steven Asmussen and ridden by Ricardo Santana Jr. Combatant on the surface is a solid horse never finishing worse than fourth, but in the last gate, it is hard to see him coming anywhere near the front of the race. 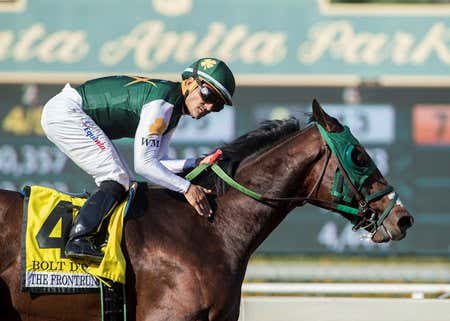 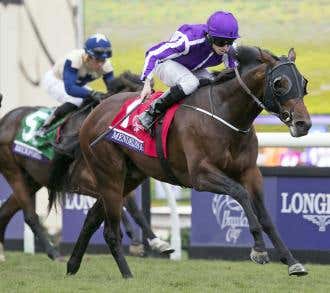 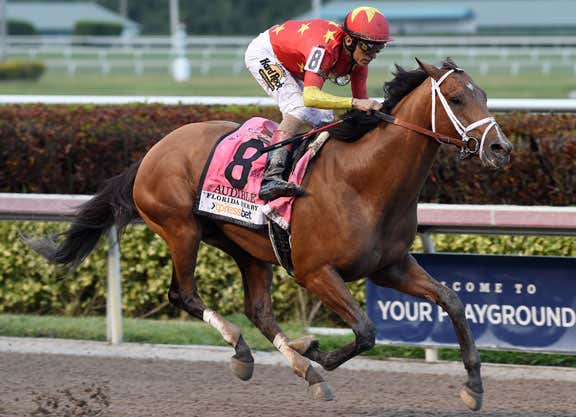