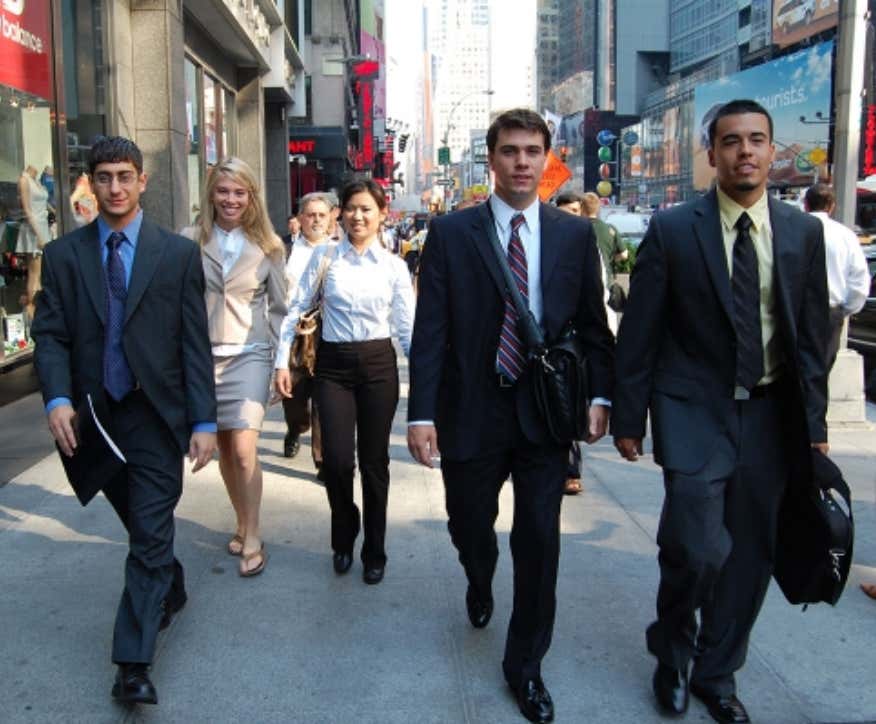 In the summer of 2009, I worked as an intern at the Royal Bank of Scotland. Finance internships were the coveted, unavoidable summer camp for kids in my station. It seemed that the entire lacrosse team at Harvard was moored to trading desks and Bloomberg portals. It was a joke within a joke; an inevitability that we mocked until we followed the footsteps of last year’s juniors, beautifying meager résumés and dry-cleaning suits that had lain in crumpled heaps under dorm beds since the fall formal.

I’d never had a desk job before. My work experience was confined to the trivial summer jobs of a principled high school student who insisted on paying for his own weed. In the summer before I started college, I made $9/hour dragging kayaks across the beach and sending elderly women on their way at a canoe + kayak rental shop in Prout’s Neck, Maine. When business was slow, I would take a kayak out and practice rolling and righting myself with the paddle. It’s an important technique if you plan to do a lot of white-water kayaking. It’s also a great way to die alone 30 feet offshore without telling your parents who should inherit your skis and tennis rackets. The job was alright, but the real perk was that I made friends with all the rich kids who summered in Prout’s Neck. I’d spend the evenings at their houses playing beer pong in screened-in porches, coughing up seawater by day and spewing beer by night.

One afternoon, after I’d closed up the kayak shop, I met a few buddies at the big hotel on the point. The Black Point Inn is an old-fashioned, blue-blood institution that serves a delicious tea from 3-5PM to anyone who looks like a guest of the hotel. We had a system: walk around back and hop in the pool. Then, with our damp swimsuits dripping across the dark, air-conditioned floors of the lobby, we’d cross confidently to the tea table. There, a tower of finger sandwiches, stacked in perfect symmetry, awaited us like triangular damsels in distress. It didn’t matter that my shorts were wet; I stuffed whatever egg-salads I couldn’t fit into my mouth into my pockets. We made out like bandits, but we never touched the tea; we weren’t that snobby.

It was on one of these foraging missions that I noticed a beautiful Steinway grand piano in the corner of the atrium. I walked to a bartender and asked if I could fool around for a bit, and he nodded. By the way, I grew up hatefully taking piano lessons, obliging my mother for years until she finally let me switch to the guitar. But after a few years of “finding myself” musically, I picked the piano back up, for fun this time. I enjoyed piecing songs out by ear even though my reading of music went to shit. And so it was when I sat down at the great Steinway in the Black Point Inn on a July afternoon and asked my friends for some requests.

“Piano Man!” someone offered, predictably. So I played Piano Man.

“Let It Be!” another demanded, inevitably. So I played Let It Be.

I went through about five songs. By the fifth song, the manager of the hotel came outm and asked me if I wanted a job. I told him I already had one, but that I was free in the evenings.

And just like that, I quintupled my weekly income. I would lug kayaks in the mornings, making pennies by comparison, and I’d play two hours of simple music during cocktail hour at night. The thing was, I loved getting paid to play the piano. I could play whatever the hell I wanted; some of my renditions of “Tiny Dancer” would go on for half an hour. In finding a job that flexed my creative muscles, I began to loathe the job that flexed my lower-back muscles each time I shoved an old lady’s boat off the beach. In fact, I think I just hated old ladies, period. They never put money in the tip jars I had at the boat shop or on top of my piano.

It was an interesting lesson that went over my head at the time: there is no greater motivation for doing what you love than doing something you hate first.

Yet still I ignored the signs and fought for a coveted junior summer internship in finance, which I found on the mortgage desk at the Royal Bank of Scotland. But what was finance? Why… why was I supposed to do that? Sure, everyone around me was heading in that direction. But I didn’t like math; I liked singing songs about my penis. Do they have finance positions for penis songs?
Doubtful.

I finished my last exam and headed off to MANHATTAN! Wow! I was 21, living rent-free at my aunt’s place, and making more money in a week than I had the entire summer I worked at the kayak place. My friends and I went out to the Jersey Shore on the weekends and drank like we were pledging the fraternity of America. On Sundays, we would take the train back to the city in a daze, our organs sloshing around in a leaky pool of beer and well tequila. As we pulled into Penn Station, I would gingerly peel my sunburned arms off the cracked leather seats of the NJ transit, dreading the heat between the train and my bedroom more than the job that loomed the following morning.

The RBS office was out in Stamford, Connecticut, so I would take the subway to Grand Central and then a train out to Stamford, often delirious from lack of sleep and cheap pizza consumed just hours before. Once I sat down at the desk, I would log on to my computer and delete a bunch of emails. That was my main job–monitoring the email inbox for our team. But given that I never once understood a single word of what we were doing, “monitoring” quickly became “deleting” for the remainder of my tenure. I can’t tell you how many emails I deleted–tens of thousands, surely. I was so good at deleting emails at RBS that I could do it while eating two bagels at the same time: one with lox and veggie cream cheese (breakfast, shalom), the other with cinnamon raisin cream cheese (dessert, l’chaim). My talents evolved to the point where I could delete emails without opening them. I’d like to say I maintained a completely unprejudiced stance about my email deletions, but if you had a name that I couldn’t pronounce, there’s a reason you never traded mortgage bonds with the Royal Bank of Scotland during the summer of 2010. And that reason is me.

I grew so bored that by third breakfast, the only way to stay awake was to keep eating. One day, I followed an unmarked staircase down a few flights to the parking garage that sat under the trading floors. I realized that nobody walked in or out of the parking garage after 10AM, so I started heading down there to take naps. I brought a tiny pillow to work in my gym bag and I would stuff the pillow in my pants under the desk, announce that I was going to take a shit, and quietly escape to a vacant parking space between two SUVs for better secrecy. Sometimes I would sleep under a car if it was high enough off the ground–those were the best naps. Range Rovers and Jeep Grand Cherokees provide terrific elevation and cover. I would set my phone alarm for 11 minutes because that was the amount of time for which my colleagues could reasonably assume I was shitting. These guys believed I had the worst case of irritable bowel syndrome in the history of gingers. The outrageous amount of calories I consumed only helped with the ruse. “This kid takes like five shits a day because he eats so much!” they’d laugh, and I’d laugh with them as I headed off to catch some beautiful, concrete shuteye. Sleeping on asphalt does wonders for back pain.

At the end of the summer, against all odds, I didn’t get a job offer. They said something about “setting a bad precedent” (I was also growing out my ridiculous red hair to fully complete the lax bro persona I so desperately wanted to embody). Honestly, I was relieved. After 10 weeks of deleting emails and napping three times a day, I was more confused about mortgage-backed securities and “finance” than I was when they made me pose for my security badge photo on day one. Still, I made two positive discoveries during my time at the Royal Bank of Scotland: first, I realized that finance wasn’t for me. And second, I spent the last month jotting down funny thoughts, observations, and experiences on a little pad that I kept in my desk drawer. It was all silly stuff that I never expected to share with anyone, but by the end of the summer, I had about 15 minutes of “material.” Unrehearsed, untold, and unapologetically crass, I did what any 21-year-old with a reckless desire for self-destruction would do: I organized a standup comedy show in the fall of my senior year. The only performer? Me.

A friend of mine once explained her career development as a process of elimination. She wanted to work in a lot of different fields, winnowing away the jobs she hated until she found one she liked. Many people don’t have this luxury because they’re hampered by student loans, or because they have a family to support. But depending on your age, if you ask your parents about their twenties, they might describe them as a decade spent exploring career options. We seem to have moved away from that approach. Nowadays, college grads jump into a field they barely know and plan their next 10 years in that field, fearing the uncertainty that comes with restarting somewhere else. In my 7 years in New York, I’ve been a paralegal and a bartender; I’ve worked for Shakira and went to law school for 4 days; I started a tutoring company and was fired from more jobs than I can count. The only constant was the little pad of jokes that I kept in my back pocket, ever scribbling funny thoughts through the hills and valleys of my twenties. Now, finally, on the eve of my 30s, I get paid to turn those thoughts into stories, videos, and songs for you lovely people. And it all started at the Royal Bank of Scotland.