I’ve watched this video about fifteen times and it keeps getting better. Everything about it cracks me up. You’d think that she would try to be light on her feet, maybe spread her weight around, get in the prone position but nope. She got up and started marching around like a North Korean Soldier. Not a care in the world. 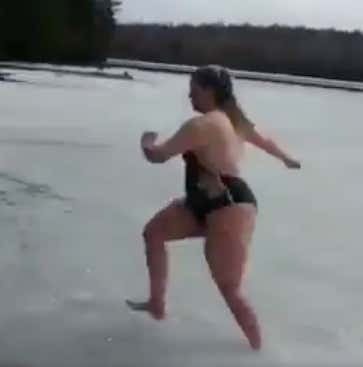 The only person who thought it was funnier than her were her friends. I actually thought she was going to make it, but after the first fall I knew it was over. She went knee-deep, waist-high, then disappeared. 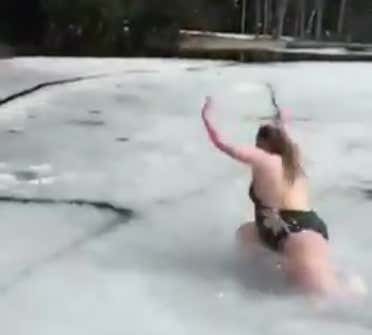 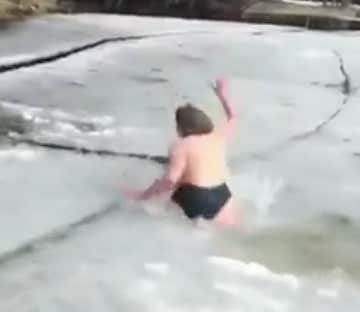 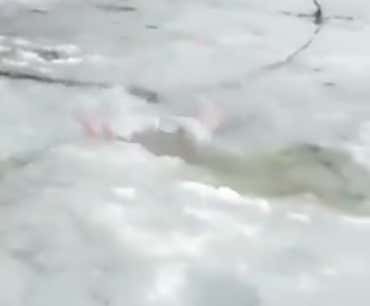 Only to emerge like a bruised baby seal having recently escaped an orca hunt. 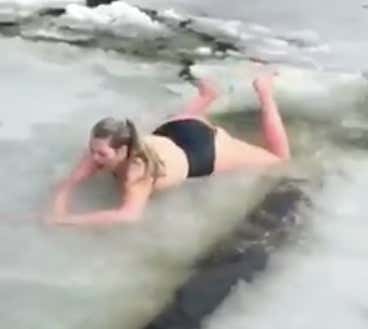 I’m sure she’s going to be feeling the fall once her adrenaline wears off. The worst part about falling on ice is that it feels hot when it first happens. Then once you cool off the pain sets in. I fell through a pond near my aunts house once and it was the worst. I only went up to my knees but it diced my shins up so bad I could barely walk. It was the same kind of pain you get when your foot slips off the bike peddle and it spins around and whacks you in the leg. She got it on her thighs too. Luckily, Brad was there with a beer in his hand to pull her to safety . 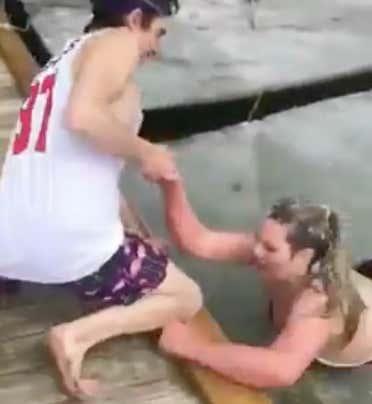 Well done, buddy. It’s getting warmer out there so if you’re thinking of walking onto a semi frozen lake to shotgun beers, don’t.  Chances are you’ll either die or end up getting roasted to death on the internet. Glad she’s okay, though, things could’ve ended a lot worse.