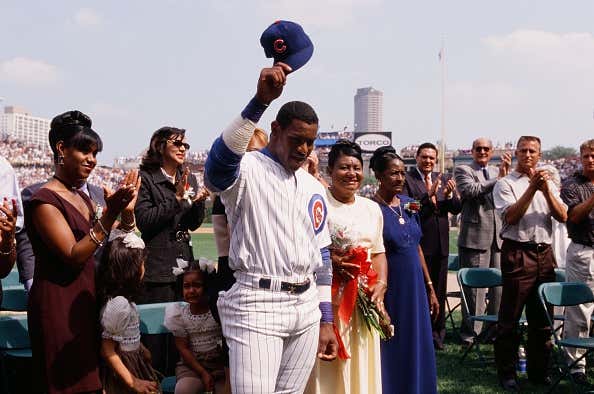 The Cubs are off today which is exactly what the team needs. As a fan, I’d much prefer to watch them pound some average Milwaukee righties for 10 runs, but I don’t have a say in the scheduling. The boys haven’t scored more than 3 runs in 8 games and this couldn’t come at better timing. But that also comes with a sense of withdrawal because I personally don’t like off days. I’m in a groove. I love this team. I need this team. I need the action.

So instead I turn my attention to today’s pressing matter, and that’s the announcement of the #FreeSammy campaign. DOM Fred was talking about this on twitter last night and I was like fuck yes this is what we need. We need to free Sammy from the clutches of poor public opinion. This is a guy who mashed BOMBS when the country needed him. Not his team. Not the city or the league or the sport. I’m talking the stars and stripes red white and blue land of the free home of the brave United States of America goddamnit. And he saved it. Basically. 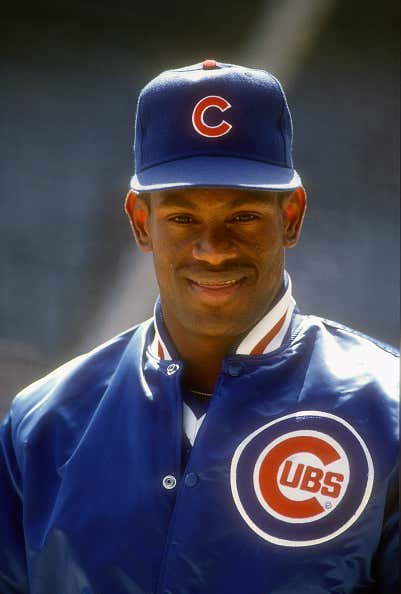 Anyways, someone needs to put #FreeSammy on a t-shirt 10 years ago and start selling them because it’s unacceptable that he isn’t welcomed home for a Sammy Day. Play salsa music in between innings. Have him sprint out to right field with the American flag (Fred’s idea) and blast highlights on the video board of him smoking baseballs into the rooftops when it was just a chain linked fence in the outfield bleachers. My juices are flowing just thinking about it and I’ve already forgot that the Cubs aren’t playing tonight. Mission accomplished.

Some MLB sanctioned Sammy highlights for your viewing pleasure: