NY Times- The two black men who were arrested while waiting in a Starbucks last month have reached an agreement with Philadelphia: The city will spend $200,000 to help young entrepreneurs.

And the men, Rashon Nelson and Donte Robinson, both 23, will each be given $1.

That is what they asked for when they approached city officials and agreed not to file a lawsuit against Philadelphia or its employees after they were arrested in an episode that ignited widespread criticism of Starbucks and the city’s police.

You gotta be kidding me. ONE DOLLAR?! Get the fuck outta here!! I admire community outreach and charitable donations, but you gotta wet the beak a little when a story this big befalls you. I can’t believe these guys.

Also on Wednesday, Starbucks said it had reached an agreement with Mr. Nelson and Mr. Robinson that “includes a confidential financial settlement.”

Oh, haha, uhm… never mind! Turns out these fellas weren’t taking a sipping from the water fountain because they noticed a waterfall down the street. Word to the wise–if you ever have the choice between suing the city of Philadelphia or Starbucks, choose Starbucks. Gotta believe that confidential financial settlement will more than cover their Dunkin iced coffees for life.

[Starbucks] added that the two men had been offered the opportunity to complete their undergraduate degrees through the Starbucks College Achievement Plan, a program that covers tuition for eligible employees in the United States for an online degree program offered by Arizona State University.

Something tells me these guys won’t be enrolling in the “Starbucks Arizona State Online Degree Apology Program.” ASU is a terrific institution if you’re there, in Arizona, at a pool party with a bunch of these ladies: 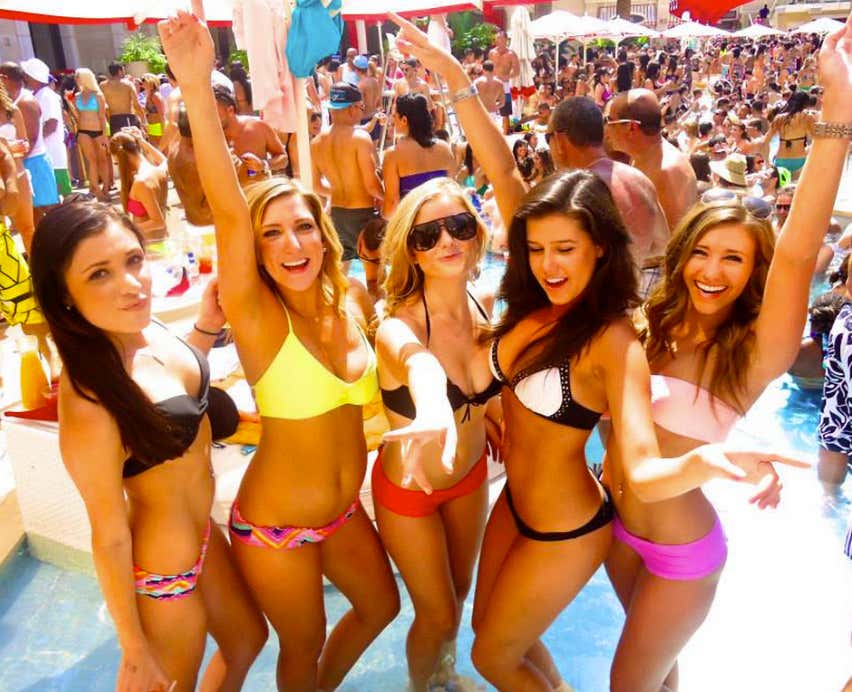 Sure, you can spend some time online enjoying that video. But if Starbucks really felt bad about arresting you for not buying a muffin while you waited for your friend, they’d send you to Tempe with some swim trunks and a snorkel.