Let me begin this blog by stating I am not picking a quarrel with Mike Trout. I love Mike Trout, I think he’s the best baseball player to ever live. I don’t want to go to war with Mike Trout Truthers on Twitter. My baseball hit list is currently limited to Shohei Ohtani and Charlie Morton. Mike Trout is a friend.

Alright now that I’ve gotten that disclaimer out of the way, there is NO WAY Mike Trout’s home run last night, which seemingly broke the baseball world, went 524 feet. There’s just no way that’s scientifically accurate. Trout hit a shot, don’t get me wrong, but this was a perfectly normal long home run. By that I mean it went in the 460-480 department.

I decided to do some investigative journalism and fired up my computer’s photo editor to compare Gary Sanchez’s 447 foot home run on Sunday Night Baseball. If your memory escapes you here is a reminder of what that looked like.

The circle on the left shows where Mike Trout’s FIVE HUNDRED AND TWENTY FOUR FOOT home run landed. The circle on the right is Gary Sanche’z 447 foot landing spot. The further you hit a ball towards the foul pole the shorter the distance is remember, so even though Trout’s seems a dozen rows further up, it is also significantly more left than Gary’s. 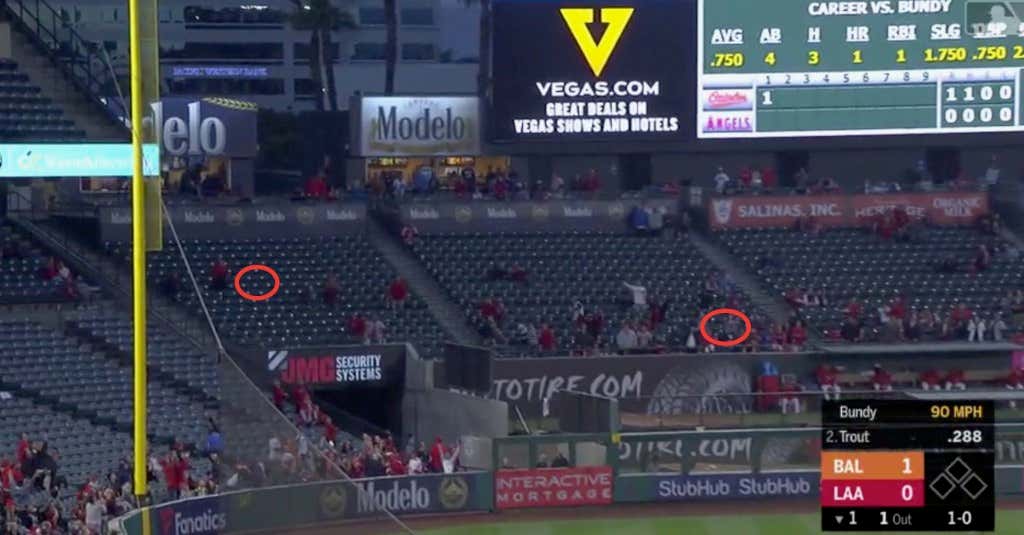 Yeah, the ball fucking vanishes it was hit so far. Adam Dunn hits this ball to center and no one has any idea when or where it landed somehow. That my friends is a 530 foot home run.

If StatCast is going to lie to us like this we need to cuncel it. I already lost faith in StatCast when it told me Aaron Judge’s homer here went only 440 feet despite reaching the top row in the upper deck at Safeco.

I mean that’s one of the longest home runs I’ve ever seen period. StatCast is cool I for exit velo and stuff like that, but home run distances are an absolute crapshoot. No computer knows how to accurately calculate it and I’m done with it. Mike Trout did not hit a 524 foot home run.