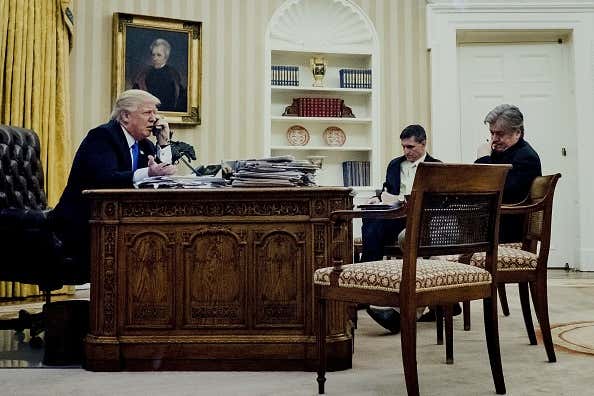 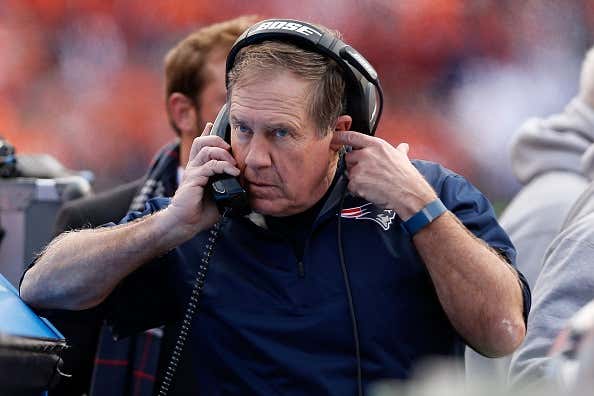 NY Times in a profile of White House Chief of Staff Gen. John Kelly –  Mr. Kelly, for his part, is sanguine about how little control he has over how the president chooses to spend his time. At a breakfast event last week for Senator Tom Cotton, Republican of Arkansas, Mr. Kelly marveled that Mr. Trump had spent a long time the day before on the phone with Bill Belichick, the New England Patriots coach, talking about the status of Tom Brady, the star quarterback, according to two people familiar with his remarks, one of whom was present.

I’m not ashamed that I had to look up the word that set the whole tone of this paragraph just to find out if Gen. Kelly is for the President of the United States calling Bill Belichick to discuss Tom Brady or against it. And I’m happy to report he’s all for it. Because of course he is.

Gen. Kelly is a goddamned mensch. A Marine who was the leader of our Southern Command. A highly decorated combat veteran and also, tragically, a Gold Star father since 2010. Plus, he’s a Masshole to the core. A UMass-Boston graduate who came back from D.C. on his own accord to meet with the Marathon Bombing first responders and their commanders to counsel them on dealing with the Post-Traumatic Shock of it all. A guy that ingrained in the community would want his boss, The Most Powerful Man on Earth, being as concerned about the Patriots as he is.

I’m sure non-Pats fans will let loose howls of righteous indignation about the POTUS worrying about a coach and a quarterback with all that’s going on in the world. How The Donald should be focused on Iranian nukes, the Koreas, the economy or the refugee problem. But maybe it’s not that uncommon a thing. History doesn’t address the issue, but for all we know JFK was on the phone during The Cuban Missile Crisis asking Weeb Ewbank about Johnny Unitas. FDR could’ve found time conducting the war to get into some Sid Luckman talk with Curly Lambeau. Maybe Calvin Coolidge telegraphed with George Halas about Red Grange. (I don’t feel like looking up how long phones have been around.)

The point is, I want a President who can prioritize. Who addresses the big issues that are vital to our national interests first and doesn’t sweat the small stuff. Matters like jobs and peace he can delegate to underlings. And I for one join Gen. Kelly in my … sanguinness? Sanguinity? When it comes to being cheerfully optimistic, hopeful, or confident that this President is rolling up his sleeves, getting on the phone and making brokering peace in Foxboro his top priority. #MakeNewEnglandGreatAgain