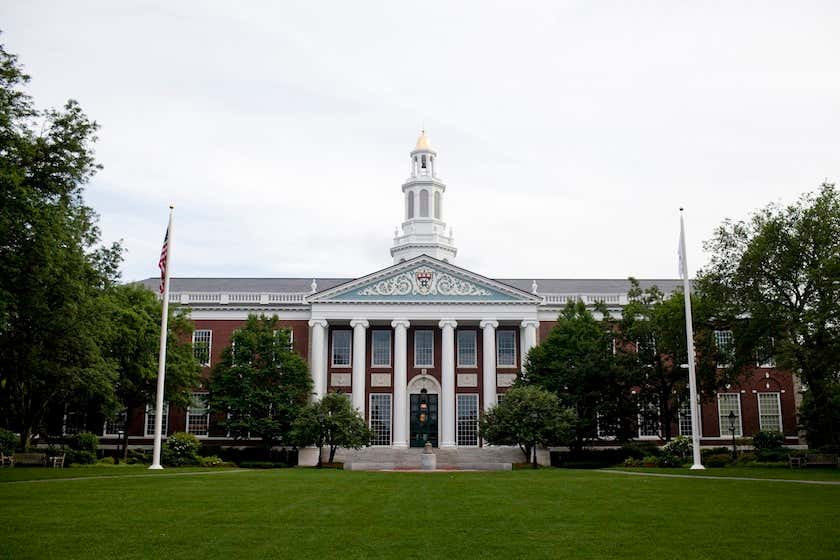 SJW’s everywhere finally have the opportunity to level up:

The “Social Justice Certificate” is a graduate-level certificate that can be earned after taking 16 credit hours in relevant courses, and is offered by the Harvard Extension School, a “fully accredited Harvard school” with an online-based platform. 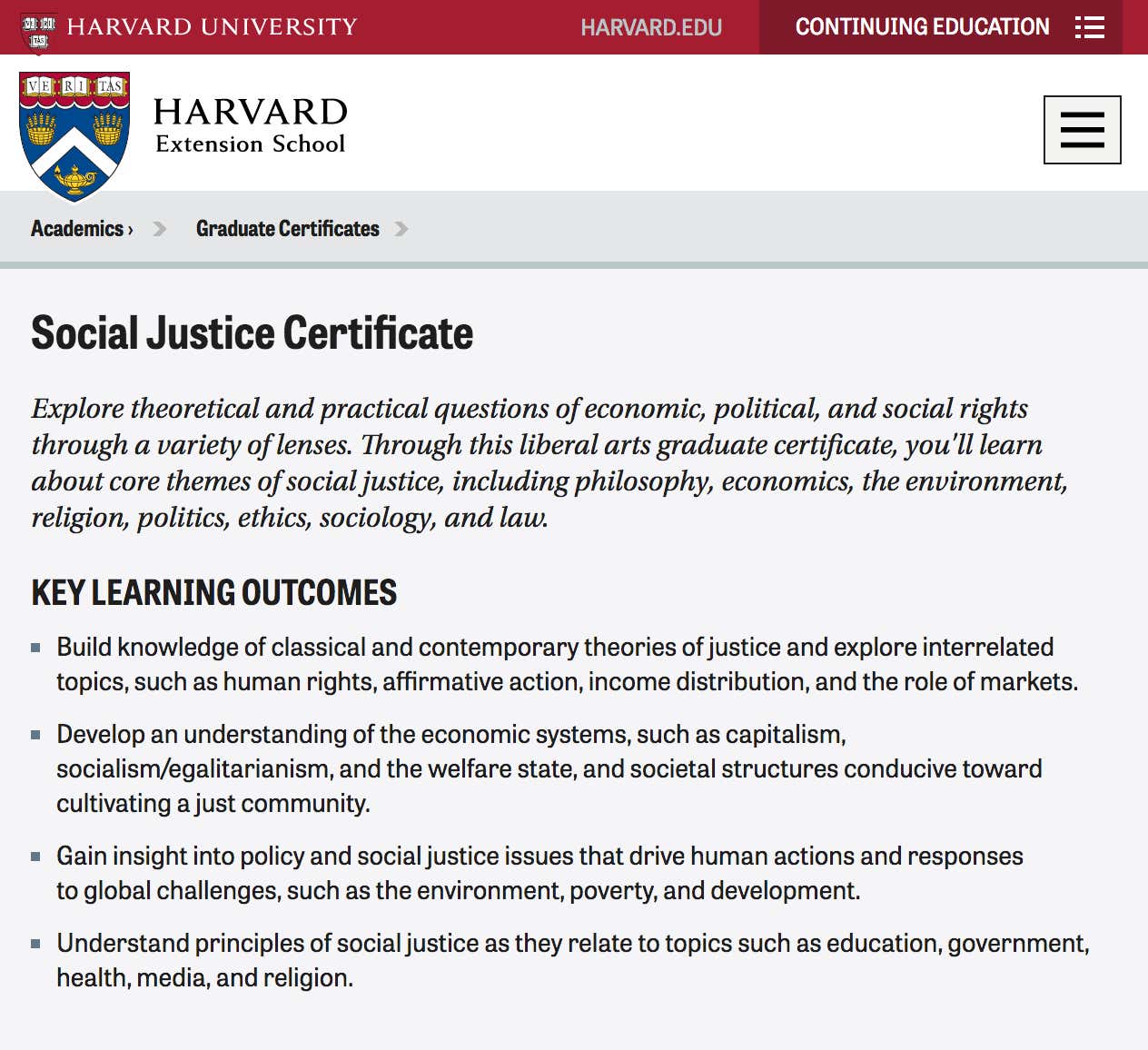 This “degree” is offered by Harvard Extension, which is pretty much JV Harvard, but if it were a degree offered from the true Harvard University, would SJW’s flock to the university? Honestly, I don’t think that Harvard would be the Harvard of Social Justice schools. I think the Harvard of Social Justice schools would be reserved for the Wellesley’s, NYU’s, Wesleyan’s, and Oberlin’s of the world.

The recently launched certificate allows students to take classes such as “Chocolate, Culture, and the Politics of Food,” “The Culture of Capitalism,” and “Storytelling and Global Justice” for credit…..other classes in the program include “The Minimum Wage Debate,” “The Politics of Religion in Liberal Democracies,” and “Readings in Black Radicalism”—a class dedicated to exploring readings on topics such as black Marxism, black feminism, and reparations.

Nothing says liberal arts courses like long, drawn out names with words like “culture,” “religion,” “democracies” and “capitalism” in it. Somehow, someway, “The Politics of Religion in Liberal Democracies” hit four of the keywords in one class name. That’s truly a remarkable accomplishment. Whoever was able to do that should be given a few credits to help them get closer to their Social Justice Certificate.

Black Marxism sounds like an interesting class. Speaking of Marxism, it was Karl Marx birthday the other day:

The weirdest part about this op-ed was it’s celebrating of Karl Marx birthday on April 30th, when he was born on May 5th. Fake news, NYT! Fake news!

At the end of the indoctrination program, students will earn their Social Justice Certificate, which doesn’t appear applicable to any sort of full-time employment, but will cost students an estimated $10,000 anyway.