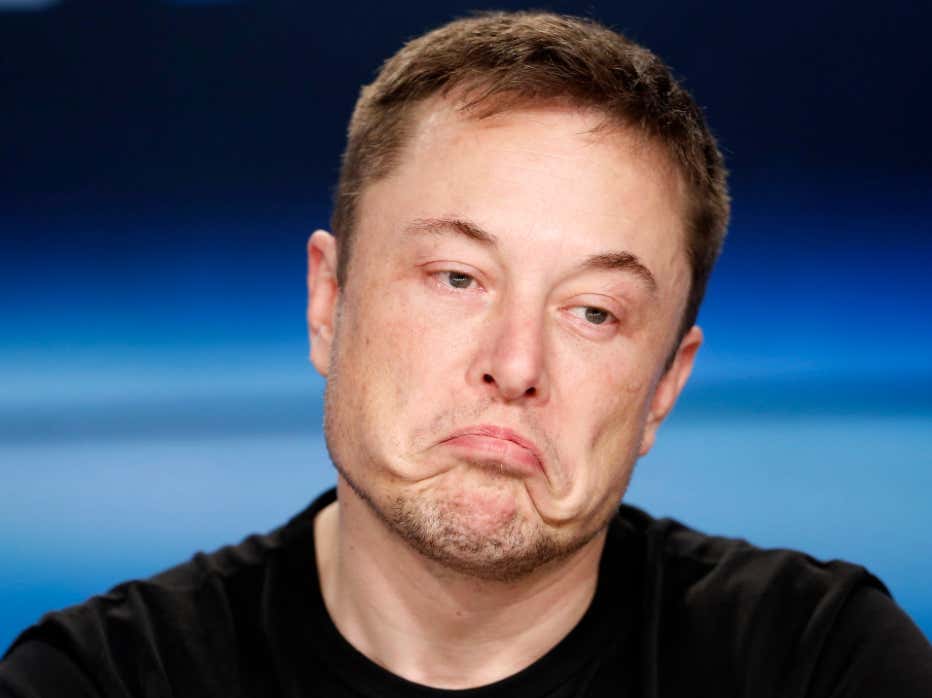 Daily Mail- Elon Musk is known for his outspoken views on a range of subjects, but his candour appears to have cost Tesla $2 billion (£1.47bn) overnight. That’s the total wiped off the electric vehicle company’s market value, seemingly in response to the CEO’s rude attitude during a quarterly earnings call yesterday. Tesla’s total market capitalisation – its total share value multiplied by shares held – was $51.3 billion (£37.7bn) at the close of the Nasdaq stock exchange.  The billionaire branded one industry analyst a ‘boring bonehead’ during the bizarre session, saying another’s ‘questions are so dry they are killing me’. His lack of respect for the participants looks to have led to a five per cent nosedive in the business’ shares after trading closed yesterday. Share prices dropped from a closing price of $301.15 (£221.50) yesterday to a pre-market low of $278 (£204) at the time of publication. 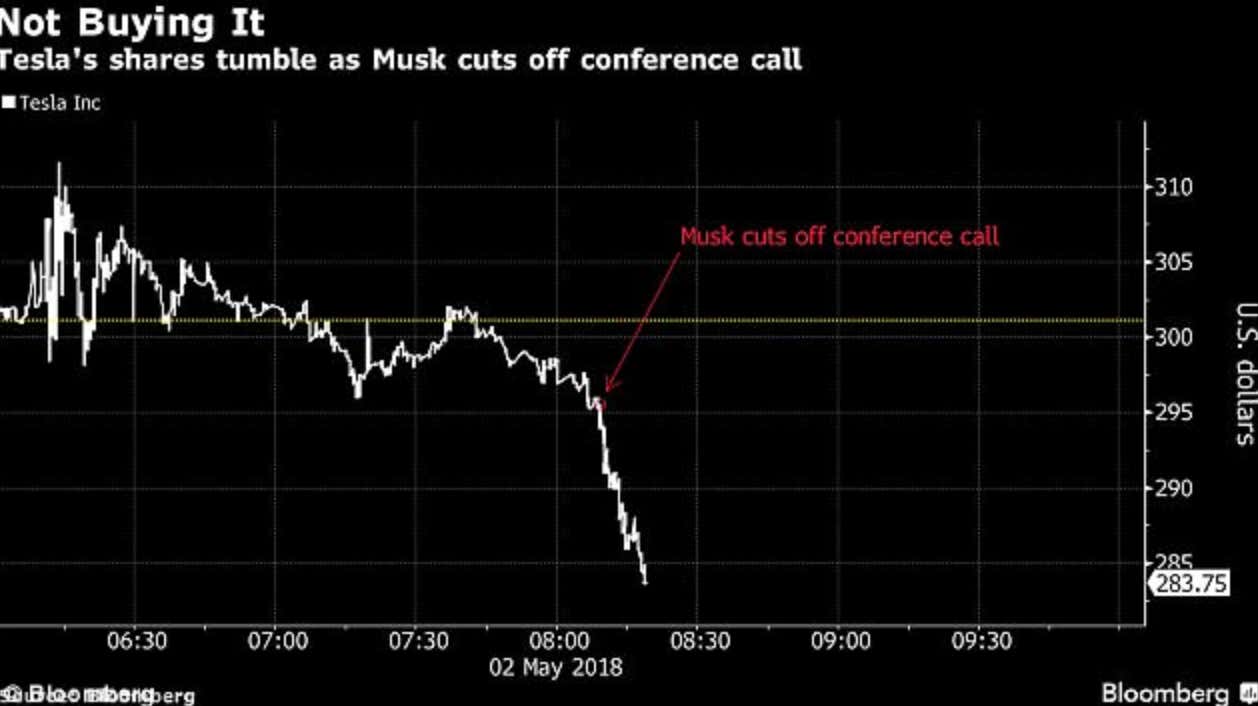 Classic. Just classic Musk. What an idiot. What a loser. This dude suckssssssssss. Look at that graph! Look at it! Huuuuuuuuuuge dip! Fell off a damn cliff! I’ll say it again, Elon Musk is the smartest dumb person to ever exist. Its never been clearer. Yeah he’s worth a gajillion dollars and has a million sorta successful companies but he’s so goddamn stupid. He can’t get out of his own way. If he stopped doing stupid things he would be the king of the world. Instead he goes and calls an analyst a bonehead and Teslas stock drops in BILLIONS of dollars. I don’t know how companies work but they should vote Musk out. He built the company and brought it as far as he can. He’s now detrimental to its success.

By the way, bonehead? That’s the best he could come up with? Come on man. That’s what a child says to another child. You’re a 46-year-old man. At least get your money’s worth if you’re gonna do this. Tell the dude he’s a fucking idiot. Get R-rated with it and have the stock drop 10 billion dollars. Might as well. That I would respect. Elon can’t even insult somebody the right way. Calling someone a bonehead is so lame.