“We are the Golden Misfits,” William Karlsson proclaimed, according to NHL.com’s Nick Cotsonika, after scoring the overtime winner and setting up another goal with an incredible pass in the Vegas Golden Knights’ 4-3 victory over the San Jose Sharks in Game 3 on Monday night.

The star forward explained that the players refer to themselves by that name, but that he doesn’t consider himself a leader of the group.

“I wish,” Karlsson added, per The Athletic’s Eric Duhatschek. “There were some other Golden Misfits leaders. I just try to blend in.”

Vegas Golden Knights have been the talk of the NHL this year, and their roster of island of lost toys keeps proving to all the NHL teams that left them unprotected what a joke their scouting staff is. Join the bandwagon of beauties when they hoist the Stanley Cup (someday) and buy buy buy. 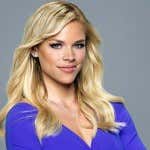