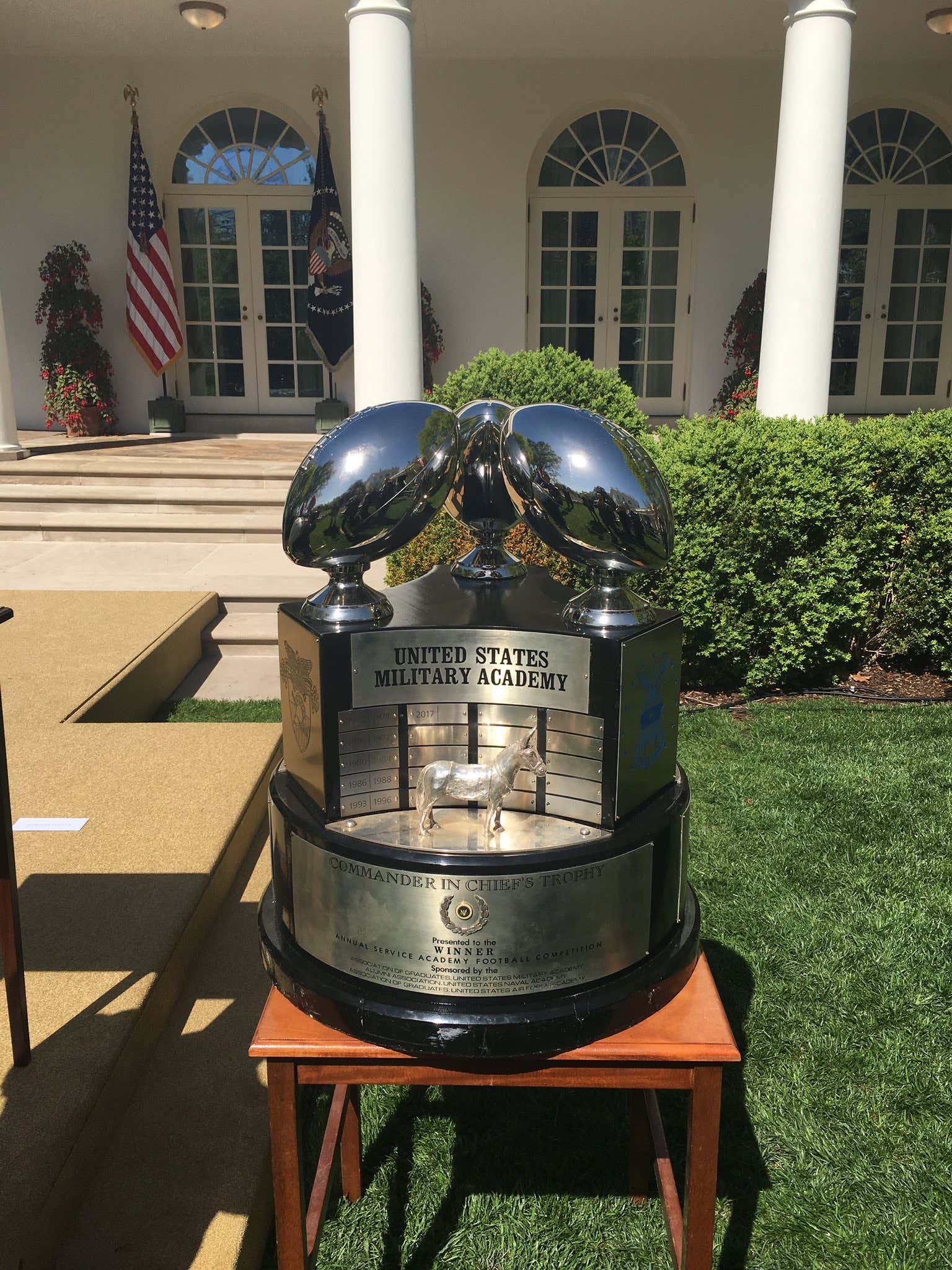 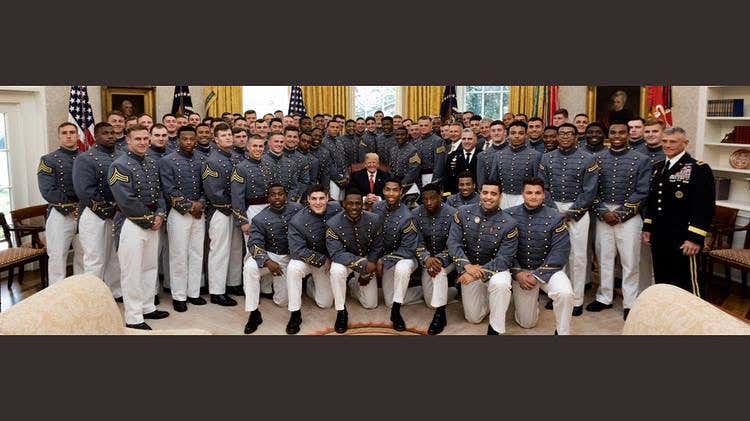 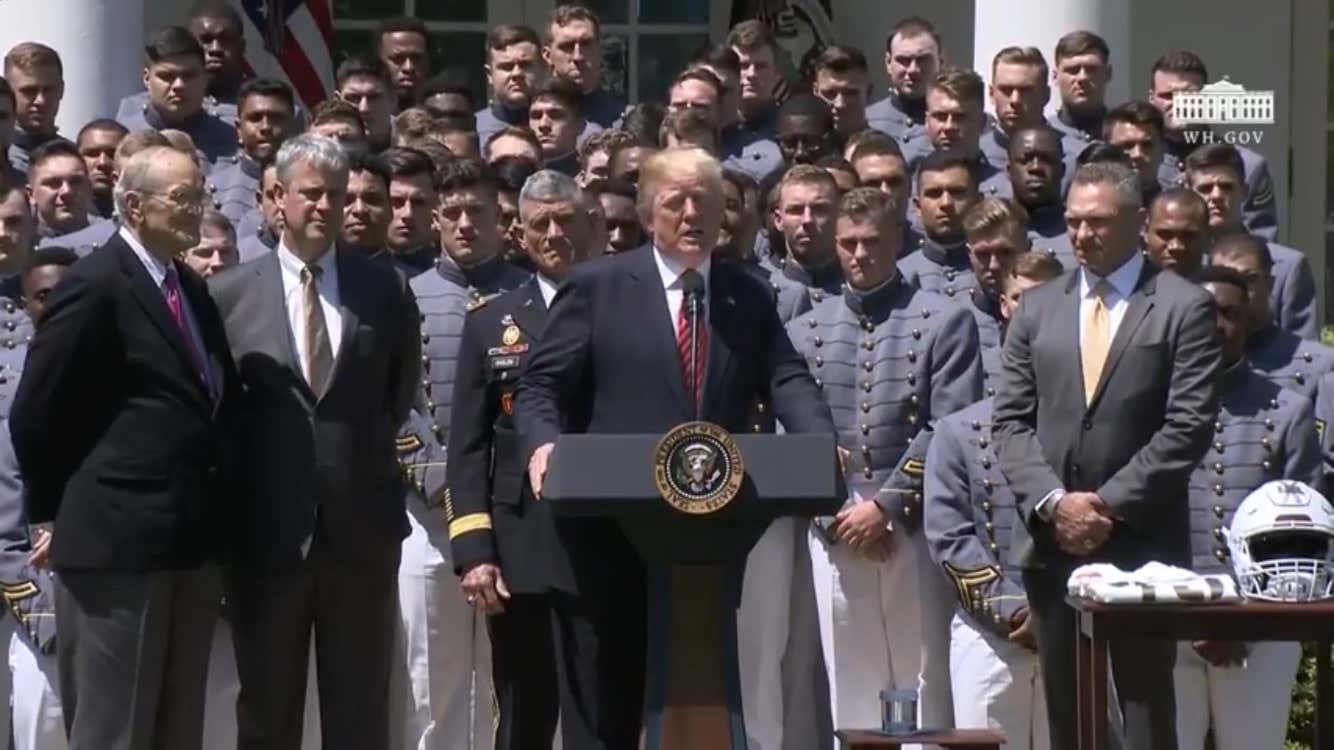 The Army Football team visited the White House to receive the Commander-in-Chief’s Trophy, which is awarded annually to the Service Academy football team that beats the other two. Sorry, Coast Guard. This year was the first time since 1996 that Army made the trip after beating Air Force and Navy in 2017.

Needless to say, I was giddy despite not making the trip myself. You see, my senior season when I held the hell out of a clipboard and on field goals, we beat Air Force and truly believed we were going to beat Navy. We didn’t, I cried in my locker for 45 minutes post game, and we never went to the White House. I digress. 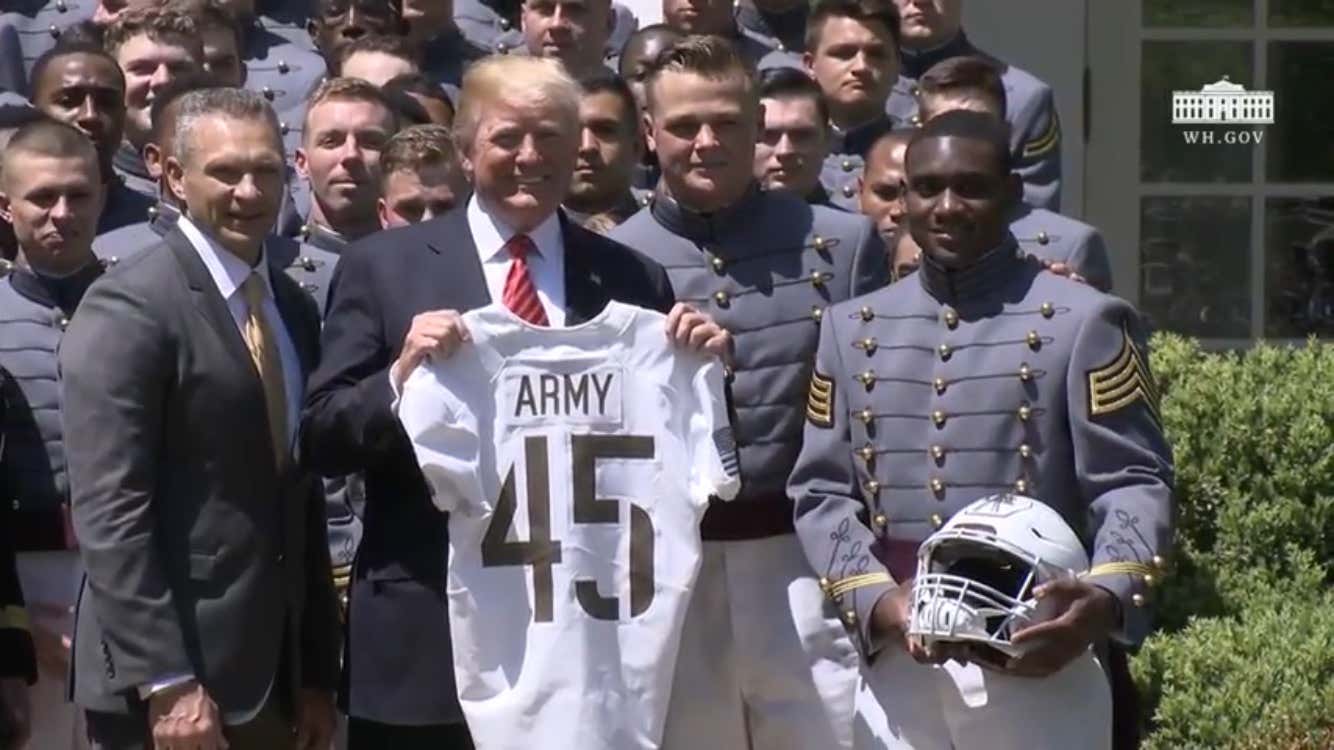 Today was the culmination of an impressive season and the visit to the White House was well deserved. I can’t tell you how jealous I am that I didn’t get to go with them. I’m a complete nerd when it comes to history so a visit to the White House to walk around the Rose Garden and Oval Office is my cup of tea. Over the years we’ve seen athletes elect to stay home when their team visits the White House based on who is in office. Not me. Nope. For me, there are two houses I would never turn down an invitation to visit – the White House and Playboy Mansion. To be in the office where JFK dealt with the Bay of Pigs, President Bush addressed our nation on 9/11, or President Obama made history is just not something I could pass up. 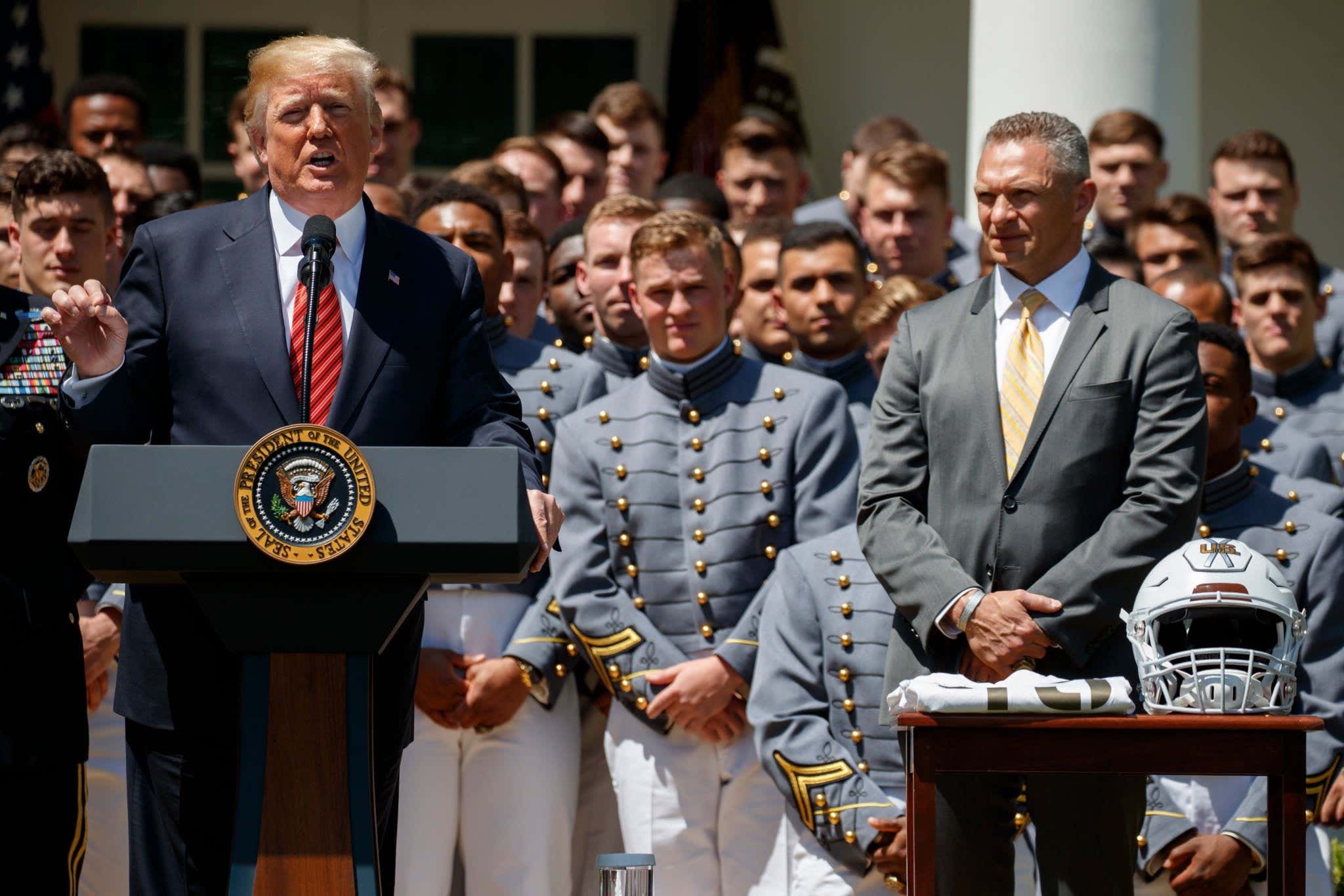 Very few people get a chance to walk through certain parts of the White House and even fewer athletes are invited to receive a trophy from our President. I personally wouldn’t be deterred from living through that experience no matter who was in the office.
Congratulations to my Army Football brothers. We are all very proud of you.
P.S. During his remarks, President Trump confirmed we should create a Space Force. Wild.