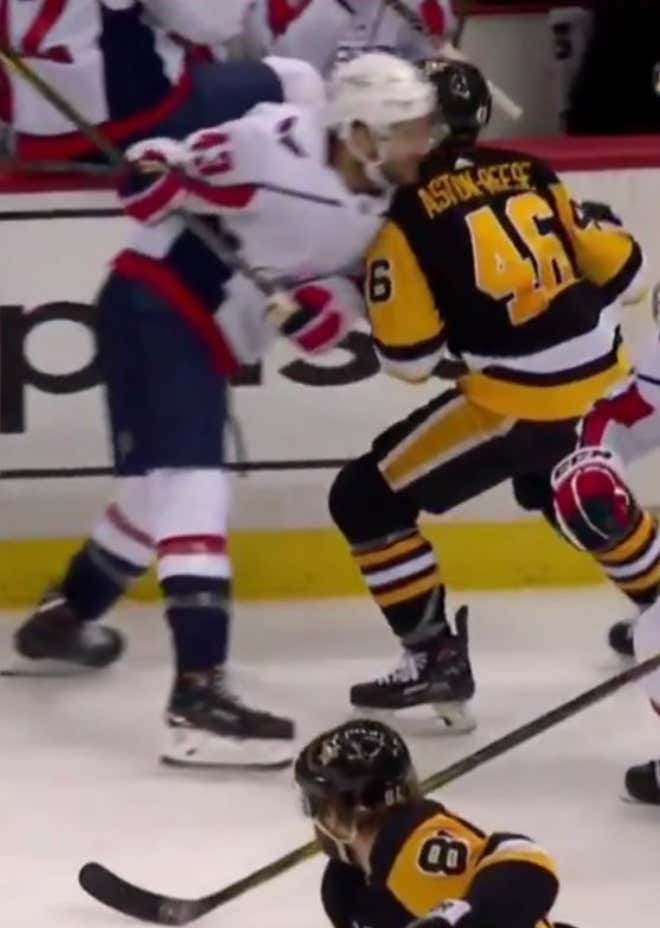 So Jordie from Crease Dive wrote a pretty dumb blog this morning about Tom Wilson. Bless Jordie’s heart, I think he was just trying to be a contrarian or something, because his blog made so little sense my head spun right off my head and is now sitting on the floor. Thankfully for me, my head grows back like a lizard’s tail, so that’s how I’m able to write this blog. Basically from what I gathered, Jordie’s thesis statement is “Tom Wilson needs to stop hitting so hard even though the league calls his hits clean because professional NHL players might get boo boos”. It makes so little sense! He’s a hockey player! He’s staying within the rules, per the NHL. How can you “clean up your game” when the NHL tells you there’s nothing to clean up?????

The problem is, Wilson is just bigger and stronger than everyone else out there. And he uses that to his advantage. He knows his role and he does it to perfection. He lives in the opposing teams’ heads. When he’s on the ice, everyone is on notice. He’s an old school, rough em up, make them hurt type of player. And the best news is he’s come into his own offensively too. He finished the year with 14 goals…not too shabby for his 23-24 year old season.

Let me go back to Jordie’s blog real quick because this is so wild of a paragraph:

They’ll cry and cry about the only reason why people hate Tom Wilson is because “he’s bigger and hits harder than everybody”. They’ll bring up the fact that his suspension history was non-existent until 2017 and even then has only had to serve a handful of games. But that’s not the issue with Tom Wilson at all. That’s what Capitals fans are too dumb to understand. The issue with Tom Wilson is that he has absolutely zero regard for anybody’s safety out there.

Hold up. In the exact same 3 sentences Jordie mentions how his suspension history is negligible at best. Then how in the world does he have “zero regard for anybody’s safety out there”????? Seems like he’s doing a pretty fucking GREAT job of keeping his hits clean while doing his job on the ice. An enforcer in every sense of the word.

Tom Wilson has zero regard for Aston-Reese, though, so obviously he just goes with option 1. And that’s what makes him a piece of shit. You can still make an impact on the game with your body in a way that does fuck with people’s brains. But Tom Wilson doesn’t have enough respect for opposing players to change.

Why would Tom Wilson change when the NHL tells him he doesn’t have to change? Again- 5 FULL NHL SEASONS, ZERO SUSPENSIONS.

One more time for the people in the back:

Don’t cry to me because Willy is a tough as nails hockey player. This is the NHL, not a tea party. Hit or be hit.

Look- he’ll probably get suspended for a couple games for last night’s hit. Aston-Reese got injured, and you hate to see that. Even though it wasn’t called a penalty on the ice and the point of contact is clearly shoulder to shoulder, it’s the fact Aston-Reese is hurt and Wilson’s reputation that will likely lead him to be suspended. But guess what? It won’t change the way he plays. And it shouldn’t. Hopefully the NHL doesn’t suspend him, but I think pressure will get to them and he’ll ultimately miss a game or two. But don’t let the narrative cross out the truth- he is a big player, he hits hard, he hits big, but he doesn’t hit dirty.