I watched this pizza review last night and it’s been playing in my head over and over ever since. Robbie Fox said it best when he compared that video to the Infinity War. Nothing but power hitters gracing the screen the entire time.

One Bite has had its share of classic characters in the past like Bad Back Guy, Peppers Guy, Proposal Guy, and of course Purely Patricia. But the Joe & Pat’s Pizzeria One Bite review was truly the most ambitious crossover event in history. I need to go to Joe & Pat’s not just because they serve a slice that can unofficially go up a full point on Dave’s All-Madden difficulty scale, but also because it’s a breeding ground for the most incredible group of characters I’ve seen in years. There must be an Electric Factory across the street or something.

5. Bizzaro Mike And The Murrdogg 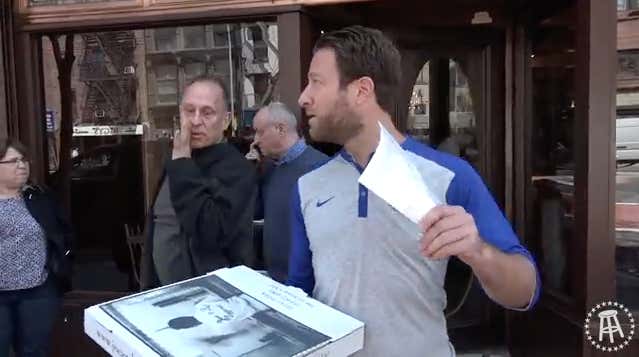 These guys are incredible. They are the New York, maybe gay not that there’s anything wrong with it version of Mike and the Murrdogg. These two guys pray to God before they go to sleep that they wake up on the wrong side of the bed just so they can complain about it. If they knew how to use Yelp, they wouldn’t leave a review higher than 3 stars. And their uncanny resemblance to those two old coots that always complain from The Muppets couldn’t be more fitting. 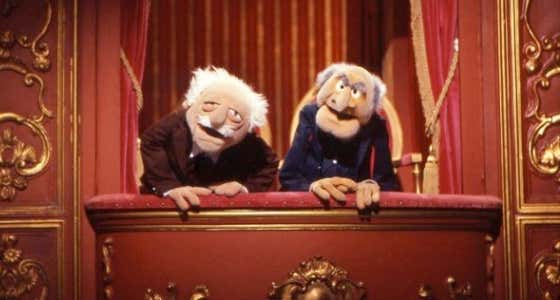 In almost any other video they are the shining stars. But in this video, they are almost wallpaper because of the rest of the cast. 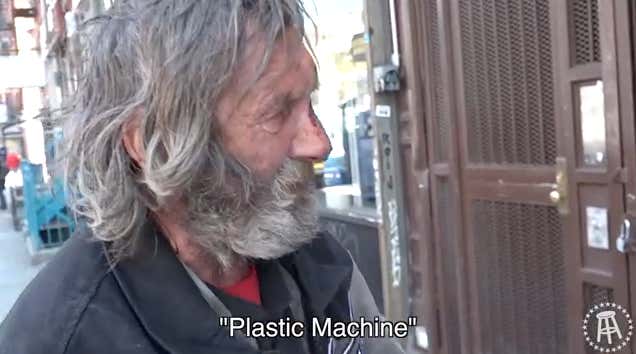 I don’t know what a plastic machine is, but based on this guy’s state, I know I don’t want any part of one. Plastic Machine Man would rank higher on the list but between the grime, the festering wound leaking blood like a Mortal Kombat character, and the pain behind his eyes, he just makes me too sad.

Dabbing Kid’s cameo is so quick you may miss it if you blink. But that’s what makes it so good. I don’t think I noticed it the first 5 times I watched this video because of all the hullaballoo that was going on as Portnoy was bombarded by passer-bys looking to give their 2 cents on everything under the fucking sun. But anytime you sneak a dab in on El Pres, you are in the Top 3 in my book.

Also this kid kinda looks like Rone. I know Rone being a dad is almost definitely a fable. But if it’s actually true, I wouldn’t be shocked if that was Adam Ferrone Jr. 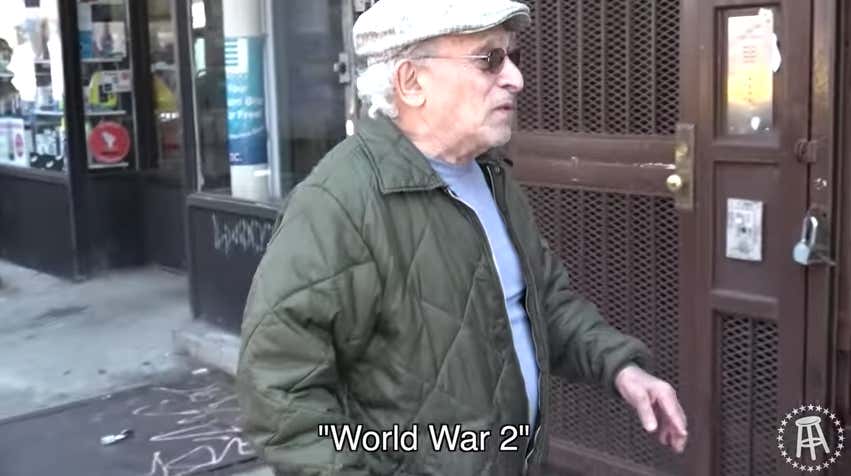 I loooooooooove this guy. If I could be friends, drinking buddies, or the grandson of anybody in this video, WW II Vet would be my choice. Not just because he will tell anybody he sees that he was a part of the Greatest Generation that freed the world from evil, even though it would make him the youngest looking 90+ year old ever. But also because he said it was a pleasure to fight in World War II. How gangster is that? This guy apparently looooooved killing Nazis. In fact, if I didn’t know better, I would say this guy is the real life person that Aldo Raine AKA Brad Pitt from Inglorious Basterds was based on.

Also seeing WW II Vet make his first appearance as Bizarro Mike And The Murr Dogg leave before finally making it to the pizzeria no less than 45 seconds later despite hearing the food SUCKED is my 2nd favorite Easter Egg behind Dabbing Kid. 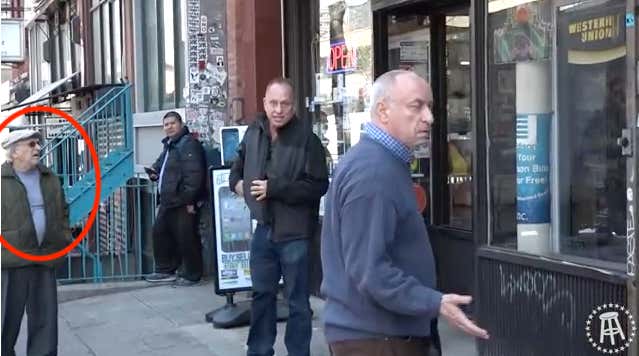 You think WW II Vet gives a shit about a review by two cranky New Yorkers? Hell no! He was busy shoving Nazis into bodybags three at a time while Fake Mike And The Murrdogg were infants getting their diapers changed. 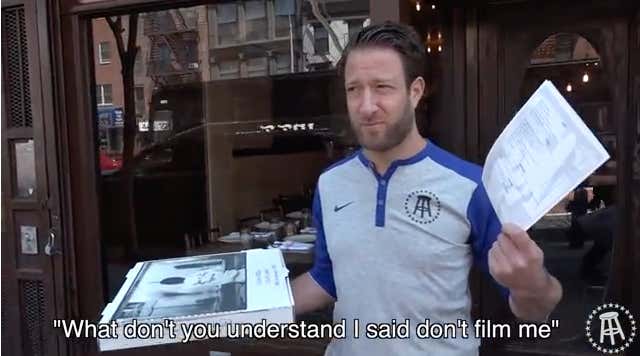 It’s not easy to get into the head of David Portnoy, but this homeless lady owned real estate in there. Unfortunately for her, that is only an expression and not an actual place to live. She was all in Davey Pageviews’ kitchen from the moment he walked out of that pizzeria, ate all his Reduced Fat Cheez Its, and left the wrappers on the floor when she left. Just a tour de force from someone that was on screen for 2 milliseconds. She may not be the funniest or most memorable character in this video, but she was the straw that stirred the drink and the engine that kept things moving the entire time while also causing Frankie Borelli to slowly piss his pants as she yelled at him from 3 feet away. Part of me wishes we didn’t see her at all so we could imagine what she looks like, not all that different than Bob Saccomano. But instead we have a faceless villain in the ilk of Dr. Claw from Inspector Gadget.

Nonetheless, it was great to see Dave battle a worthy foe outside of the office. If KFC had a lick of sense, he would recruit this lady to Team KFC by lunchtime today. Based on the constant begging for a slice in between her nags, her loyalty can be bought in pizza.