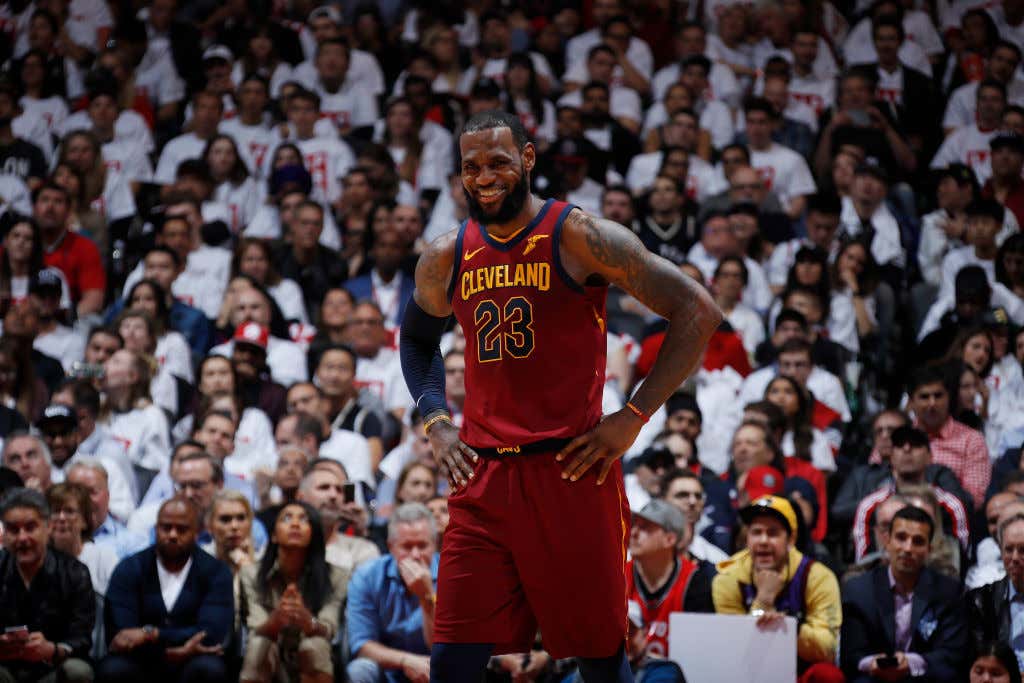 Oh no Toronto what are you doing?? You were so close! All you had to do was make one of the 10,000 layups you had at the end of regulation!

But instead, you once again turtled, and gave Lebron life. Just when you thought maybe TOR caught a break when Lebron missed that shot at the buzzer, then they came out in OT and gave up early threes. The way the Raptors closed out this fourth quarter is going to haunt them for the rest of this series. They had this game wrapped up. Things were going to be different this time! But they went 0-11 over the final 5ish minutes, including a nightmare finish offensively from Kyle Lowry. That sure won’t help all the talk that’s going to go on from tonight all the way until Game 2. Kyle Lowry disappearing in the playoffs? No way.

After giving up all sorts of points in the first half, the Cavs settled down, Tristan Thompson once again made a huge impact, and Lebron along with Korver and JR carried them over the finish line. CLE is tough to beat when they get 10 3PM from those shooters, and then you factor in Lebron going for a triple double and this ending isn’t all that surprising.

Make no mistake though, this game was about more than just Game 1, it’s was about setting the tone for the series. If TOR had come out and taken care of CLE that changes everything. Mentally they would have that that to build off of after being treated like a rag doll for as long as I can remember. But now? Lebron knows he has them. I should say, he did get a bit lucky at the end of OT. For some reason passing up what looked like a clean lane to the rim instead choosing to pass it further away, and then that final shot. Give the Cavs credit though, they played great defense on DeRozan on their final possession, doing a great job of not biting on his shot fakes and forcing VanVleet to beat them from 26ft. He couldn’t.

It wouldn’t shock me if this series is wrapped in 5, just an awfully deflating loss for TOR. Some things just never change.