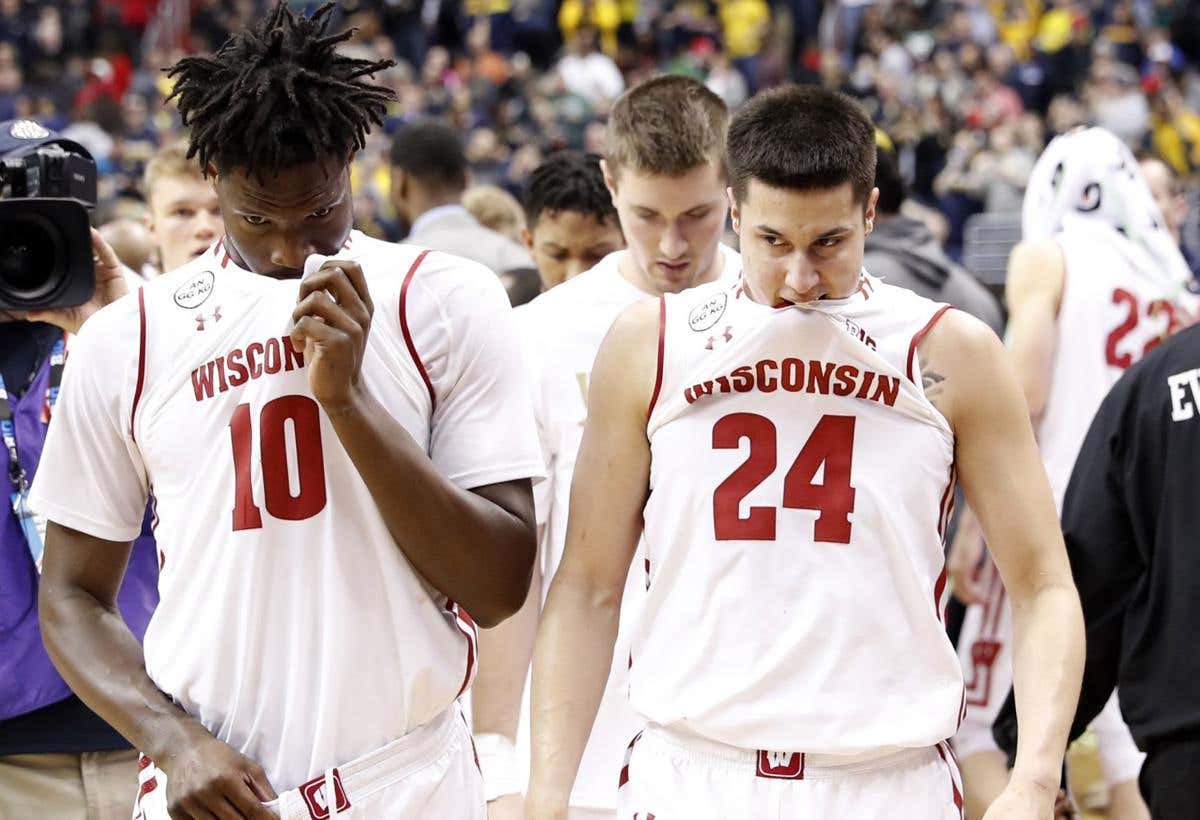 [USA Today] - Hayes said that during his senior season, he proposed to his teammates via a group chat that they refuse to play in a game against Syracuse that was part of the Big Ten/ACC Challenge and being televised on ESPN. The game was played Nov. 29 in Madison, and, at the time, both teams were nationally ranked.

Hayes said that when he offered the idea, he did so figuring that while the game was high-profile, it would have no impact on team goals like winning the conference championship or advancing in the NCAA tournament. But he said that he proceeded with the caveat that if even one member of the team was against the idea, it would be abandoned.

“I knew 90 percent of the guys were on board from the get-go, before I asked the question,” Hayes told USA TODAY Sports after the panel discussion. “But I let them know that if one of you guys says no, we won’t do it because, obviously, we’re a team and we’re going to stick together.
Well, this is an interesting story strictly because it’s the first time we’ve heard of a team from a major conference and well-known team discussing boycotting a game due to getting paid. Now, one thing to remember with this Wisconsin team is they were very vocal about different things. Nigel Hayes was obviously the most vocal, but Bronson Koenig also did a lot to speak out against the Pipeline and Standing Rock. Now, boycotting a game against Syracuse would have drawn plenty of discussions because you have two major conference teams playing, even in college football season.
The topic of amateurism is a huge one at the moment. You had the Rice Commission come out and lay out ways to ‘fix’ college basketball and the reaction was how they missed the most important topic, which is discussing what amateurism really is. The biggest thing isn’t necessarily getting paid by schools or the NCAA, but rather being able to capitalize on their likeness and make money off of that.
Hayes continues to be one of the names listed as a plaintiff in an ongoing lawsuit against the NCAA. The lawsuit challenges the NCAA and how the current system operates. The reveal of the possible boycotted game also came at the Aspen Institute where he was on a panel to discuss what it would be like if the NCAA moved to the Olympic model.
Hayes went on to say he thinks that there will eventually be a player-boycott if the system doesn’t change. Now, I don’t know necessarily how true that will be, especially for an entire team to boycott a game. There are too many other factors involved here like what if a rotational player, who knows he isn’t going pro doesn’t want to and could have his scholarship potentially pulled? I think you see more high-talent guys speaking out and possibly boycotting or going to the G League like Bazley, but it would take something drastic for an entire team to boycott the system.
Either way, this is just another day in which amateurism and the NCAA are being discussed. I’m all here for some changes being made as the rulebook is just so dated. I truly believe you have to let these guys make money off their likeness. However, I’m not in charge of the NCAA, yet.
boycott+ 6 Tags