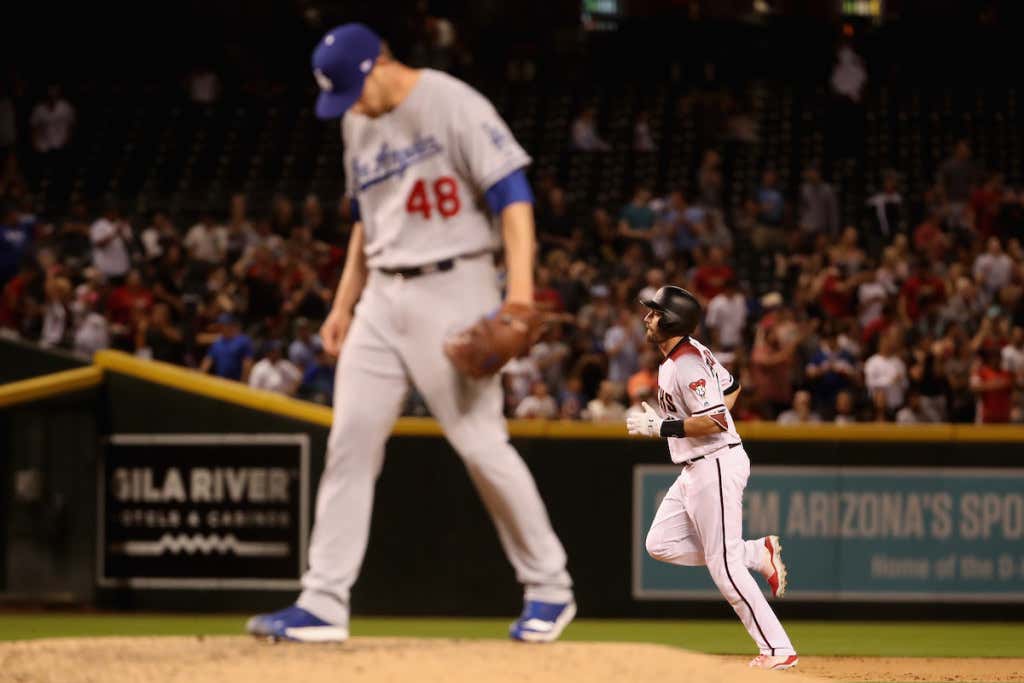 The most interesting series being played right now is between the Dodgers and the Dbacks, a four-game set that goes through Thursday. Sure, the Yankees-Astros series is gonna be great too, and it got off to an electric start last night with a playoff-like atmosphere in Houston, as those two heavyweights clashed for the first time since last year’s ALCS. But not only is this Dodgers-Dbacks series a playoff rematch from last year as well, but it also has huge divisional implications for this year.

As you might’ve heard by now, the Dodgers are off to a rough start. With the loss in the series opener, they’re now four games under .500 at 12-16, now eight games back of Arizona in fourth place. LA was up against some serious adversity before they had even played a game when they learned in spring training that they’d be losing their star third baseman Justin Turner to a broken wrist. Before Monday night’s game, they were hit with even more shitty news when it came back that their star shortstop Corey Seager would miss the remainder of the 2018 season after requiring Tommy John surgery.

Turner is making strides towards a return, posting videos of himself on his personal Twitter taking swings off a tee, but that Seager loss is massive for the Dodgers. You know what else was a massive loss for the Dodgers? Last night’s game. AJ Pollock went deep three times, Zack Greinke carved up the Dodgers lineup for 10 strikeouts over six innings, Nick Ahmed had three hits and a dinger — it was just not the Dodgers’ night, as most nights have not been this season.

But let’s make one thing perfectly clear — the Diamondbacks should not be looked at as some type of placeholder team while the Dodgers figure out what the fuck is going on. Last year, the Dbacks were massively overlooked because of how great the Dodgers were, and the gap between the two teams in the NL West was a sizable and deceiving 11 games.

I say the gap between the two divisional rivals was deceiving because the Dbacks had the second best run differential and the third best record in the National League, yet they were a Wild Card team. Through one month of the season this year, they’ve got both the best record in the National League and the best run differential. This ain’t no accident, folks. The Dodgers being out of the way has finally allowed people to realize how good Arizona actually is.

So, that’s why there’s such a huge importance placed on this series. You can’t win a division in the first week of May, but a four-game sweep would put the Dodgers 11 games back of first place. As the Dbacks are well aware, that’s a pretty big deficit to overcome. That being said, the Dodgers send Clayton Kershaw to the mound tonight in hopes to turn things around, although he hasn’t exactly been sharp lately. The Dodgers ace has allowed seven earned runs in his last 12 innings over two starts, while opponents have hit him at a .286 clip with a .792 OPS.

If the Dbacks wanna make a statement that they’re for real as legit contenders for the NL West crown, then taking down Kershaw ain’t a bad place to start.