This past weekend Art Paul, the original art director for Playboy Magazine, passed away at age 93. Thankfully the magazine interviewed him about his life and career last year and he was still able to see his story come out in their March ’18 issue.

Paul was Hugh Hefner’s first hire in 1953; a person who saw the vision he had in mind and was able to make it tangible in the most appealing way. The magazine was originally supposed to be called “Stag Party”, but Paul changed it into the logo that would go on to be known worldwide.

Like Pavlov’s dog salivating to the sound of a bell, a teenager’s eye catching sight of this bunny could lead to an immediate semi. The way this symbol was often represented on the cover was discreet but still obvious, sexy, but fun and humorous, too.

Rick Kogan of the Chicago Tribune noted his contributions not only to the magazine, but to the art world at large through it:

Most significantly, he turned the magazine into a captivating canvas for artists, commissioning the work of famous ones like Salvador Dali, and helping nurture (creatively and financially) a new generation that included Andy Warhol, LeRoy Neiman and Brad Holland, and such Chicagoans as Ed Paschke, Shel Silverstein, Roger Brown, Ellen Lanyon, Roy Schnackenberg, Seymour Rosofsky …. There were hundreds more.

Paul was a bunny who left branded Easter Eggs on every cover. 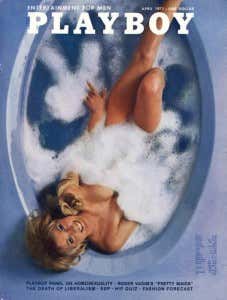 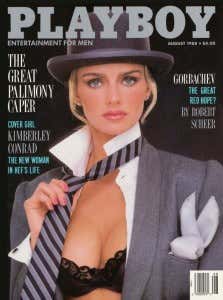