Christain Yelch, Travis Shaw, and Jett Bandy (with Stat Boy Coley) join the show to test their wits against the best. Hopefully me and Carrabis fare better against the stacked deck of the Harvards when we faced Francis and Riggs and got categories such as “Harvard Hockey”. Really had a chance in that elitist adventure.

The Brewers meat of the lineup (and Jett, sorry pal, but batting where Carrabis hits in softball isn’t the meat of the order) should be a good time with some nice moments, just like every show, a la SCUBA:

ANNOUNCEMENT: Beat The Blockhead will be featuring another guest appearance next week (was supposed to be yesterday but reality got in the way). We got some smart Stanford tough talking cat coming in to test this mighty mind of eminence: 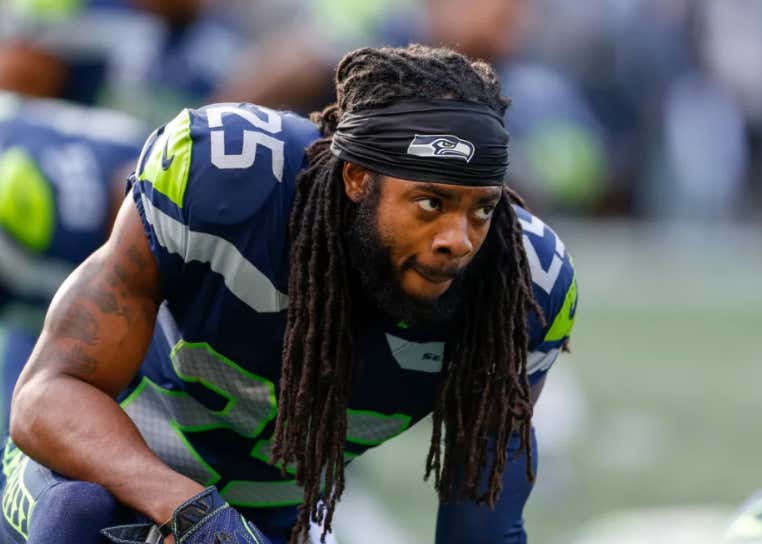 Ohhhhhh baby. One on one. Mano y Mano. Sherman vs. Smitty. Tune in next week with the help of the newly launched Fleetwit trivia app which is similar to HQ, but less annoying with better cash prizes. Let’s see if Sir Richard steps up when it matters or decides to pass on the one, especially after I remind him. Can’t. Wait.

As for later, I may be making my return to the sticks in the heralded Gametime/GamerzArena tournament which is awarding $3K in cold hard cash to whoever can get the most solo kills in Fortnite. You can enter that with unlimited entries for FREE here… If the wing can handle it, I’ll literally be playing video games from my mother’s basement. We’ve been in better spots in life. And somehow worse.