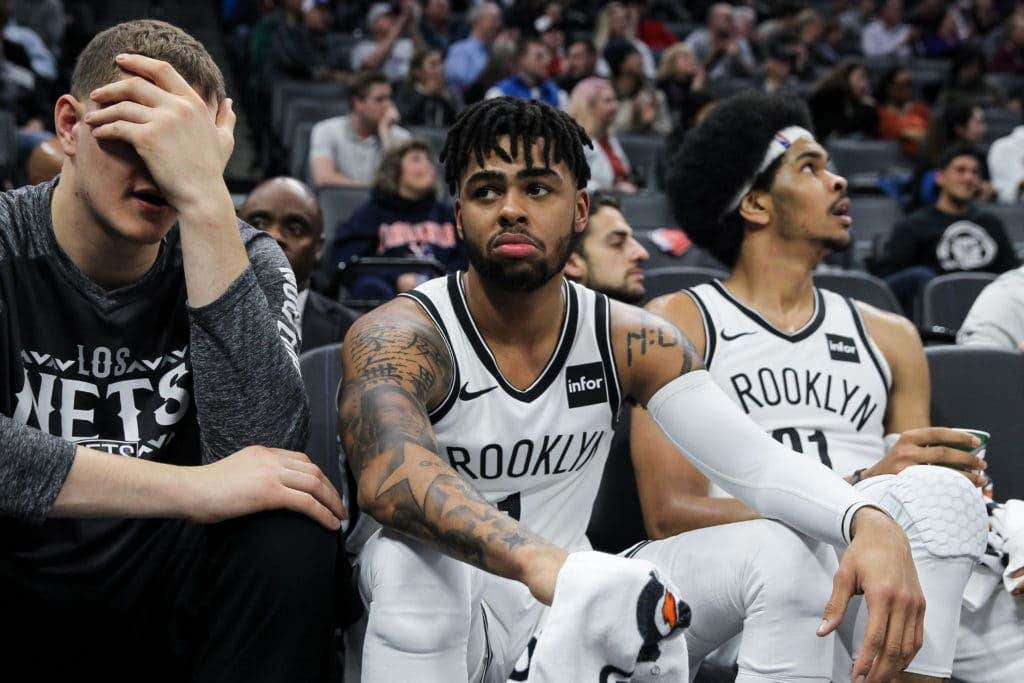 [ESPN] - “It’s important that we all have a level of impatience,” Marks told reporters Monday. “Again that’s for sure with [owners] Mikhail [Prokhorov] and Joe [Tsai], but that’s also with [coach] Kenny [Atkinson] and myself.

“We should not be satisfied nor settled with a jump in wins. It’s got to be ‘Next year our target is X and that’s how we need to do to get there.’ A lot of that will be predetermined by roster moves this summer.”

Look, I get it’s the offseason for some in the NBA, but this is an interesting story strictly because of how the NBA is built. Right now there are two ways to look at teams. They are either competing for a title or competing for the No. 1 pick. That’s just how it is based on how the current lottery format is set up and talent distribution across teams. You don’t want to be stuck in basketball purgatory where you are outside of the lottery, consistently a 6 seed in the playoffs and not winning a series. The only time that’s acceptable is if you’re working with a young core and building each year.

The Nets aren’t close to that phase yet. Yes, they were the laughingstock for a year or two after the terrible trade with the Celtics and giving up a bunch of assets, but Sean Marks has actually done a really nice job since he took over as GM in February of 2016. The Nets have a core of D’Angelo Russell, Jeremy Lin, Spencer Dinwiddie, Jarrett Allen, Allen Crabbe, Caris LeVert, Rondae Hollis-Jefferson and DeMarre Carroll where there can be patience. This group saw an increase of wins by eight this season over last season and that includes Lin playing less than 1 game this year and Russell missing an extended amount of time due to injury.

More importantly, the Nets are doing this despite not having the top picks they should have . There’s no reason for the Nets to tank because they don’t get their pick that’s going to fall in the top-10 every year. That’s why I like what Marks has done. He’s taken guys that have shown a bit of promise and giving them a chance to play more minutes and truly evaluate them. Out of that group listed above you hope you can keep 4 guys or so as rotation guys. You hope Allen turns into a defensive stalwart at center. You hope Russell turns into that go-to guy or perhaps a No. 2 guy that can help bring a star over at some point. You hope maybe you can flip these assets into young talent and build something.

That’s why I disagree with that Marks said. Yeah, it sounds great when you say you want to preach a level of impatience and you want to win games. Everyone wants to hear that, especially fans. But, the Nets are the one team who should be practicing patience. They should be taking ‘risks’ – which is why the Nets should take someone like Anfernee Simons, Mitchell Robinson, Zhaire Smith or someone like that who falls to them at No. 29. They need to take that guy who, yeah, maybe a year later he would be a lottery pick. The Nets don’t need to be in win-now mode. They needto be in build a core mode, which they have started to do.  This is the last year the Nets won’t have their first round pick pending a trade. Tank for one more year and get a top-10 guy to join this group. Sure, Lin and Carroll are old enough that you won’t have them in the rotation, but they can mentor now and help build. A couple more top-10 guys and now you can preach a level of impatience.