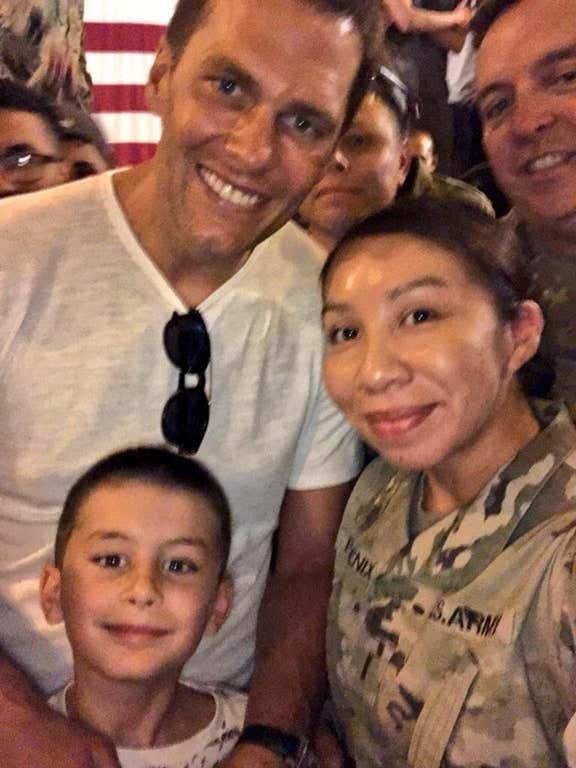 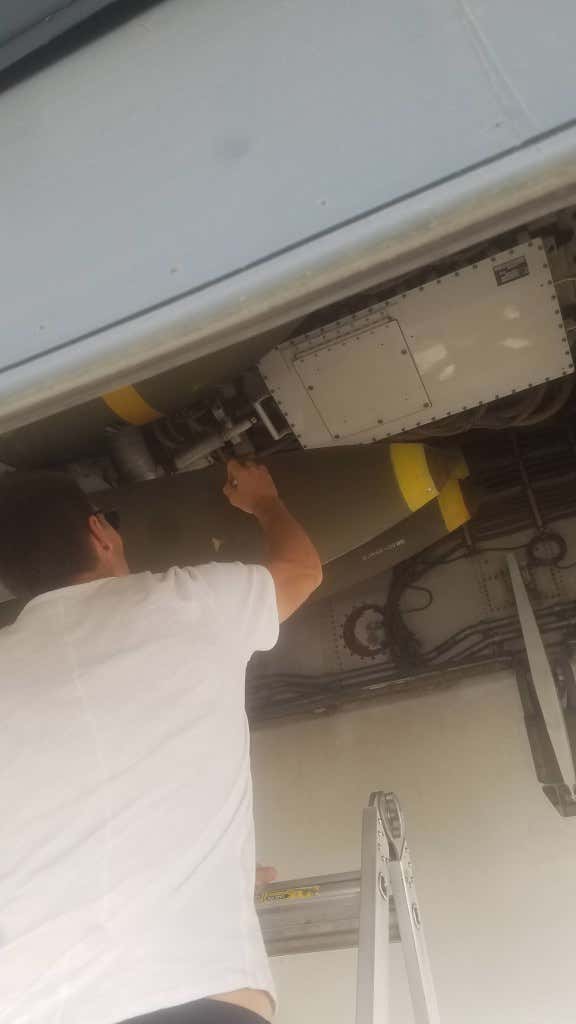 Shit they told us not to mention where we were when we posted photos.

He signed one of the type of bombs they dropped on Syria today too.

And – Fox News confirmed that warships and U.S. Air Force B-1 bombers, which flew out of Qatar, were used in Friday’s campaign.

I could’ve lived without starting the weekend hearing we’re involved in yet another bombing campaign in the unsolvable political Rubik’s Cube that is the Middle East. Sure, I’ll admit that it’s largely because I’ve got an active duty son who’s been put on alert and who won’t be able to wrap up his tour and come back to civilian life any time soon if this stuff escalates. I won’t pretend not to have skin in the game. But also because it’s been a mess over there for millenia. The “rebels” we’re defending aren’t Luke and Leia. A bad percentage of them are Taliban and ISIS. As horrible as the government in Syria is, I defy anyone to spot the good guys from the bad guys over there. It’s not like they’re playing Shirts and Skins. I just trust that Mattis and Dunford are in charge and there are no human beings alive I’d rather have calling the shots. And hope this ends as soon as it began.

With that as a preamble, if we want to send all sides in the conflict that the U.S. is not messing around – that we mean business – there is no better way than dropping Tom Brady autographed ordinance. Nothing says “We’re playing for keeps” like some precision guided, hot flying death raining from the sky signed by the laser focused GOAT. Those bombs are expensive enough. You know what a TB12 autograph on one is worth on the collector’s market? You get one of those blowing through the roof of your chemical weapons plant, you know the people who dropped it are committed to the fight. Not to mention —

Nah. I can’t do it. This sounded good in my head before I started typing but I’m not really feeling it. It’s too personal. All the support in the world to all the Allied troops who have been sent into harm’s way. Again. Thanks to Brady for taking the time to entertain our own warriors so far away from home. Let’s end this thing and pull everyone back to safety. Now if you’ll excuse me, the Irish Rose is watching the news channels in tears again  so I’ll end it here. Peace.