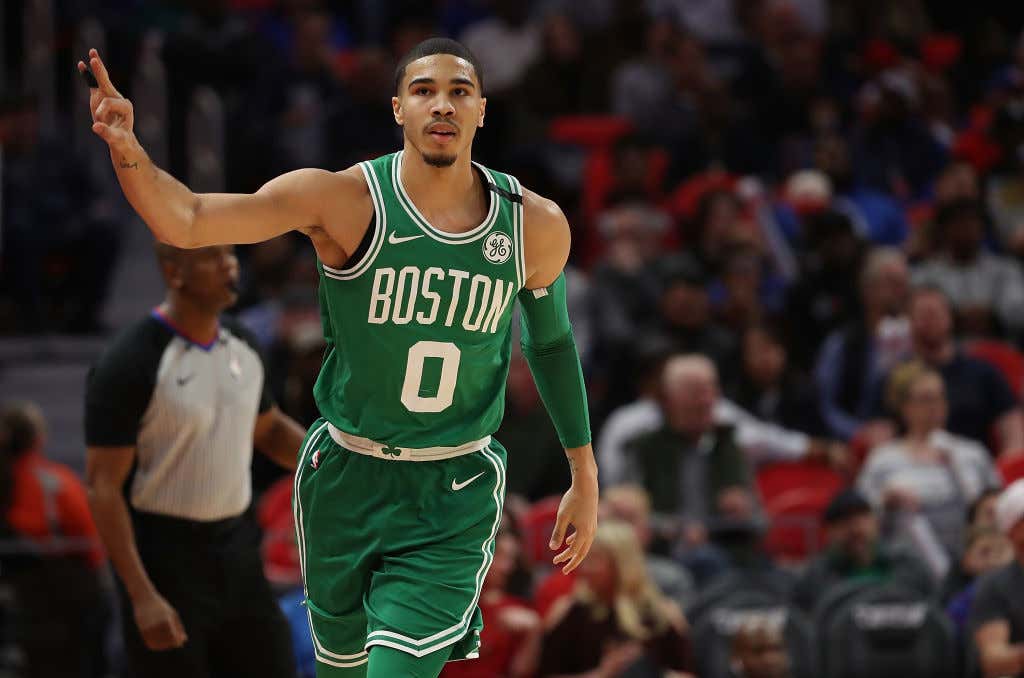 Alright the Playoffs are officially on the horizon so I thought in the days leading up to it, this would be a perfect time for people who may have not watched much of the NBA season to get familiar with all 16 teams entering what is sure to be a fun ass second season. Since a lot of the seeds are still up in the air we’ll begin with teams we know for sure have made the playoffs and will work our way down. Yesterday we covered the 2 seed in the West, so today let’s talk about the 2 seed in the East, the Boston Celtics

I’ll be honest, that is not a starting lineup I dreamed of typing when this season started. It’s hard to find a team that has been hit with the type of injuries to their main rotation guys while still maintaining a top 2 seed like the Celtics have done. I wouldn’t wish this on my worst enemy, and that includes the Lakers. It’s just not as fun when you don’t get to see your best players play. However, unlike many teams in this situation, the Celtics have found a way to flourish which is encouraging moving forward. But what does that mean for the playoffs? To be able to answer that question, you have to understand what gives the Celtics their identity.

If there’s one thing the Celts are consistent with, it’s how inconsistent they are on offense. This is nothing new for those of us who watch this team religiously, but for the outside observer it may not make much sense when you hear the names Kyrie Irving, Jayson Tatum, Al Horford etc. The truth is, they rank 20th in points per game on the season and 18th in Ortg. That’s a bit misleading since the team we see now is missing a few pieces so instead I wanted to look at how they’ve faired since Kyrie officially went out. That happened on 3/11, so when looking at their play from that point on, the Celts rating drops to 23rd in the league. Not great. Since this team will be entering the playoffs without some of it’s better offensive players, there are certain areas that this group does better than others offensively.

For example, a main part of the Celtics offense has always relied on their ability to catch and shoot. When you have guys Jaylen, Tatum, Terry, and Kyrie driving so much, this opens things up for their shooters. On the season this is something the Celts did with 32.9% frequency (8th most in the league), while shooting 40%, which narrowly keeps them out of the top 3. Then Kyrie went down and surprisingly things have stayed relatively the same. They run catch&shoot 30.2% of the time now and are shooting 41.6% since 3/11. That’s encouraging and will definitely be needed once the playoffs roll around. We all remember the ATL series from a few years ago where Isaiah would get all the attention, kick it out, and nobody could make a shot.

The problem is, throughout the year isolation was a huge part of their offense with Kyrie in the lineup. He was effective, averaging 1.04 points per iso possession while shooting 44% in those situations. Now that he’s gone, there really isn’t anyone left who can fill that void quite like him. Marcus Morris runs iso a lot, at 12% of his possessions but shoots just 40% and averages 0.91 points per possession. The new starting PG Terry Rozier scores almost as much per possession (1.01) but shoots just 41%. He’s close to Kyrie production, but this being his first real playoffs with real responsibility it’s unfair to expect him to maintain those averages. Where things get dicey is if the Celtics go with Tatum to fill this isolation role. While he may be the next best pure scorer on this year, isolation is not his game. He averages just 0.79 points and 35% shooting in these situations. My fear is that because guys are out, players will think they have to make up for it on their own, and that’s where the Celtics get into trouble. You see this Celtics team simply does not move the ball like last year’s team. They went from 4th in the league in assists to 21st this year, and a lot of that has to do with the style of their main scorers in Kyrie/Morris/Tatum. That lack of ball movement should be a concern considering they aren’t the best isolation team heading into the playoffs.

The good news is, for as bad as their offense is, their defense makes up for it. This is a team that despite the injuries is still tied with UTA for the best Drtg in the league, hold opponents to the 2nd lowest FG% of any team while also having the best 3pt defense in the league as teams shoot just 34% from deep against them. Their ability to switch and communicate is impressive, and they have a bunch of guys that can matchup well with any style. If the Celtics need to go big, they can. If they need to play small ball and play Horford at center, they can. It’s their elite defense that gives me hope for this team because we all know in most cases once the playoffs start offenses regress a little bit. Even since 3/11, their defense hasn’t really dropped off. They still have a 102 Drtg which just slightly higher than their season average. You look at them against some of the better teams in the league that they’ve played during this stretch, their defense is still legit as hell

The other thing that has defined this Celtics season is their ability to play from behind. Nobody gets down by more points and wins more games than the Celtics do it’s crazy. They have double digit wins when trailing by more than 10+ points which is insane. Get them in a close game and they win those too, with an 11-8 record in games decided by 3 points or less. That’s tied with IND for most in the NBA.

Part of the Celtics success this year has been how well they travel. Their 28 road wins lead the East and is the third most in the league. They’ve shown they can win anywhere which will serve them well in a tough playoff environment when things start to go bad for them. That resiliency makes a difference.

It’s fair to say the Celtics have a bunch of questions and unknowns heading into this year’s postseason. The fact that we have no idea where the offense is going to come from is a concern, as is the fact that we will be relying on guys who will going through this really for the first time. You want to believe in everything you’ve seen over the course of the year but the playoffs are such a different animal it’s hard to say. It sure doesn’t help that they are limping into the playoffs, and with teams foaming at the mouth to face them, things could end much sooner than Celtics fans hope. But there’s also little expectations on this group (for some), and their defense could carry them as it has all year.

Either way this is a less than ideal health situation but this team still has enough talent to win a round and maybe two depending on how the chips fall.