Daily Beast - Gizmodo Media Group’s top executive is exiting the company—a sign that parent Univision plans to get more directly involved with its flagship digital media property as it weighs deep cuts. Narisetti’s departure is the latest in a series of top level changes that signal Univision is likely to become deeply involved in GMG operations.

Jesus. How many times can 1 company go broke? I feel like every other week Deadspin is going bankrupt. First they bankrupted Gawker. Now they are trying to bankrupt Univision. Deadspin is like an achor that just drags everybody associated with them to the bottom of the ocean. I guess that’s what happens when you have overpaid, underqualified, useless writers who can’t generate clicks unless they talk about us.  The Green Monster better hold her nuts because it sounds like mass firings are coming again.  You hate to see it. You really do.

PS – Just to show you how much I’ve grown and matured as a man I was going to make this joke about Megan Greenwell at the end of my blog.  I was going to post her avi and clarify that she’s the one on the right.  But I decided not to do that because I love women regardless of shape, size and appearance etc.   She’s a jerk because that’s who she is as a person not because of her looks.  Old Dave would have tee’d off on this low hanging fruit.  New Dave takes the high road.  If people want to say that’s the Chernin Group changing me I won’t fight you.  But in reality it’s just me growing as a human. 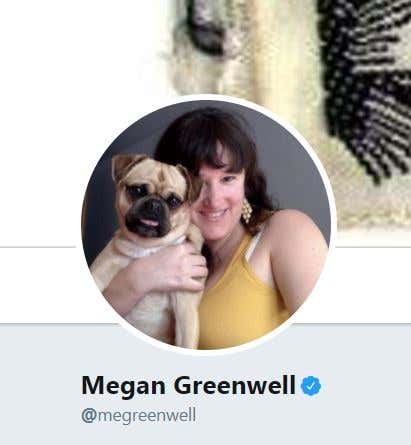