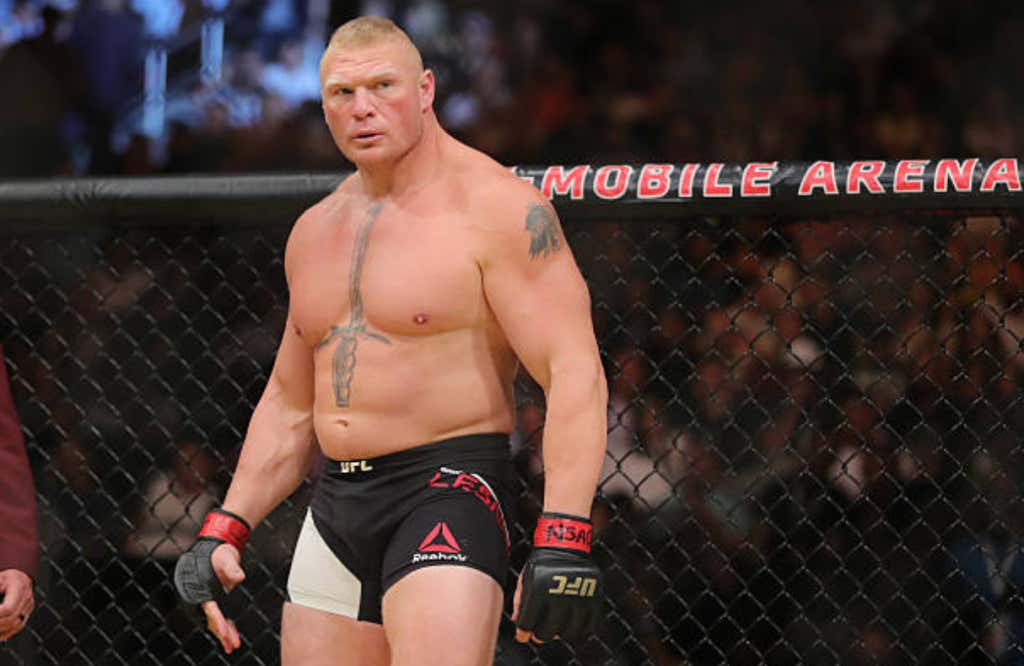 MMAFighting- One of the UFC’s biggest box office draws could be headed back to the Octagon.

During an appearance on UFC Tonight on Wednesday, host Daniel Cormier asked Dana White if former UFC heavyweight champion Brock Lesnar is coming back to the UFC and White gave a clear indication that it will happen.

In the least surprising but still noteworthy news of the day, Dana White has confirmed the reports that Brock Lesnar is headed back to the UFC. I’m not sure if that means he’ll be looking to get back into the octagon after WrestleMania, or after his contract expires in August, or maybe he’ll even be looking to do both. I spoke with his on-screen advocate and real-life friend last week, and in that conversation he also confirmed that Brock wanted to fight again.

He’ll have to officially un-retire to re-enter the USADA testing pool, then wait out a six month suspension because the last time he got into the cage at UFC 200, he was juiced to the mothafuckin’ gills. Mark Hunt’ll tell ya all about that.

Personally, I think it’s cool that Lesnar is headed back to the UFC. I’m kind of tired of him as a professional wrestler, and the only “dream matches” I’d like to see involve Daniel Bryan, Cesaro, Kevin Owens, and Johnny Gargano, and none of those look possible in the foreseeable future, so if this Sunday is his last match, that’s fine by me. The prospect of a Brock Lesnar vs Jon Jones superfight at Heavyweight in the UFC interests me a hell of a lot more than anything he could do with the Fed at this point.