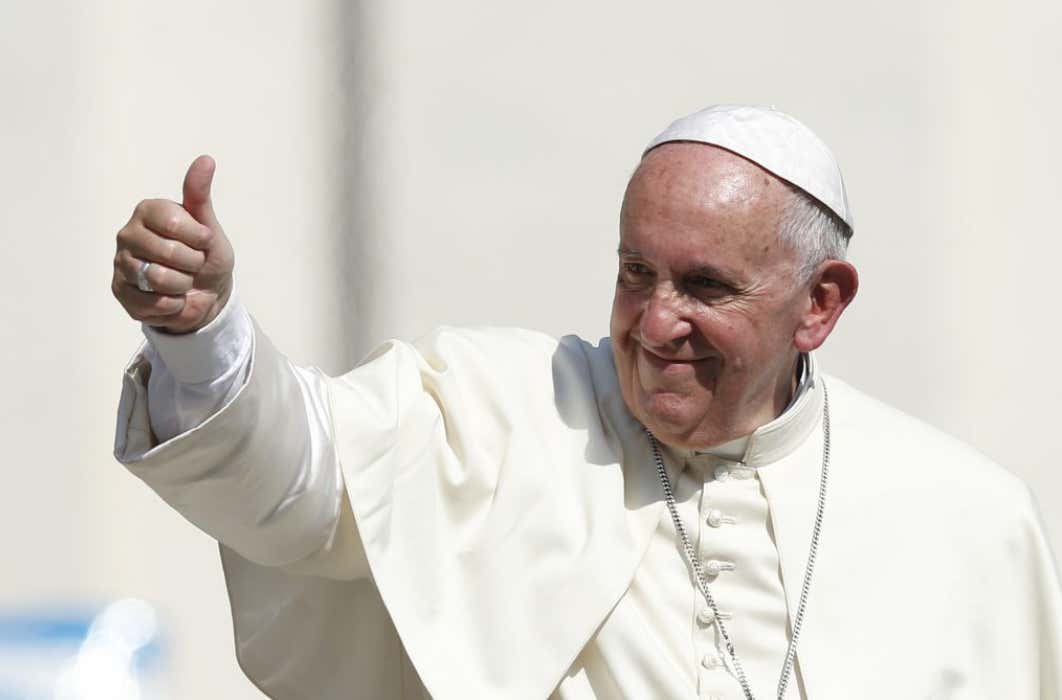 SN- “There is no hell where the souls of sinners suffer for eternity,” Pope Francis said as quoted by the Italian newspaper La Repubblica, but did he really? According to the media, Pope Francis said that the souls of those who repent are pardoned by God and “join in his contemplation” after death, but those who do not show repentance cannot be pardoned and their souls “disappear.” The Pope concluded that hell does not exist – “what exists is the disappearance of sinful souls,” the newspaper reports.  However, Vatican issued a statement, stressing that Pope Francis’ claims, in which he allegedly denies the existence of hell, are a pure “reconstruction” of journalist Eugenio Scalfari, who interviewed the pontiff and cannot be regarded as a genuine transcription of his words.

Are you fucking kidding me? This is BULLSHIT. Totally unfair. I grew thinking hell existed. It scared the shit outta me. It scared the shit out of all of us. Priests held that shit over our heads like a guillotine. “Hey kids, just a heads up, if you do anything wrong ever then prepare to spend eternity in a fiery dungeon where you’ll suffer immensely. Oh and there’s a mean thing with horns down there too. Amen.” To be honest I’m mostly pissed at the kids who are gonna grow up knowing hell doesn’t exist. What an easy childhood that’s gonna be. They never have to live in fear that if they masturbate they’ll have to take it up with Satan himself. That’s not fair whatsoever. If I had to deal with that type of guilt then so should those little fuckers. You know what? I’m gonna go the opposite direction and start telling kids on the street that hell most definitely exists and they should very much fear it. Yeah. That’s what I’ll do.

Has there ever been any thought that Cool Pope Francis is a stone cold atheist? It’s not a totally crazy thought. He plays pretty fast and loose with parts of his religion that seem pretty set in stone. There’s at least a chance he Trojan Horsed himself into being Pope knowing all along that he doesn’t believe any of the God shit. And that one day he was gonna flip the script, admit he doesn’t believe in the Bible at all and watch the world burn. Saying that hell doesn’t exist seems like a big step in that direction. What’s next? No heaven? No ark? No virgin birth? I’m here for it. I’m all about chaos. I’m all about Cool Pope Francis becoming Cool Atheist Pope Francis.