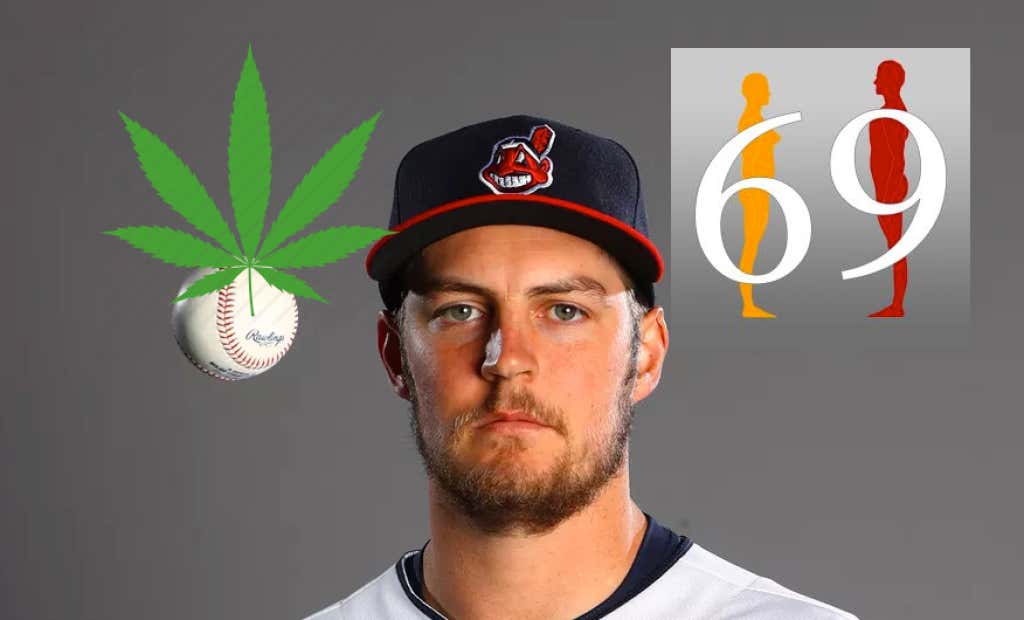 Yahoo - Major League Baseball’s arbitration process allows a player to request an exact salary, and when pitcher Trevor Bauer concluded that he and the Cleveland Indians were not going to reach an agreement on a deal for the 2018 season, he started to consider potential incomes. The first number he suggested was $6.9 million. Warned that was too high and that it risked him losing his case, he workshopped a few other options before settling on the money he wanted this year: $6,420,969.69.

“I just think it’s a good number,” Bauer told Yahoo Sports. “I think it accurately reflects my place in the salary structure relative to other athletes.”

Despite his desire to make a mockery of the arbitration system, Bauer eventually agreed to file at a number with no weed or sex references: $6,525,000. Though Bauer won the case, his wish to be paid $6,420,969.69 did not abate, and it has spawned a most unique campaign of philanthropy. Bauer launched what he’s calling The 69 Days of Giving. Starting Thursday on opening day, he will donate $420.69 a day for the next 68 days to a different charity, the majority of which he plans on choosing after soliciting suggestions from fans on his website. On the final day, Bauer will give $69,420.69 to a charity he’s keeping secret.

In total, he will donate $98,027.61, starting with a contribution Thursday to the Lone Survivor Foundation, a favorite of Bauer’s that supports wounded veterans. The leftover $6,002.70 will go to Taiki Green, the campaign manager for the 69 Days who will administer the website and shot the hype video that went live on the site Wednesday. Subtract those two numbers from his salary, and voila: $6,420,969.69.

“That’s what I want to play for this year,” Bauer said. “I made up my mind. And since I got more than that in arbitration, I decided to give up the difference.”

The 12 Days of Christmas. The 8 Days of Hannukah. And now, the 69 Days of Giving. It’s beautiful. 68 days of Trevor Bauer donating 420.69 to charities, and then one huge donation of $69,420.69 to an organization he is keeping a secret. What started as a way to make a mockery of MLB arbitration system has resulted in nearly $100,000 being donated to charity.

And props to Trevor Bauer for only playing for what he feels he is worth. You hate to see someone get overpaid, and he couldn’t have that on his good conscience. He has too much integrity to take money he does not deserve. He will not stand for it! So now very deserving charities get to prosper because of Bauer’s morals. It’s beautiful.

And I hope, so much, that this catches on. If tons of MLB players start a “69 Days of Giving” and the MLB was forced to continuously use the number 69 to promote this, oh man. I think MLB headquarters would explode.