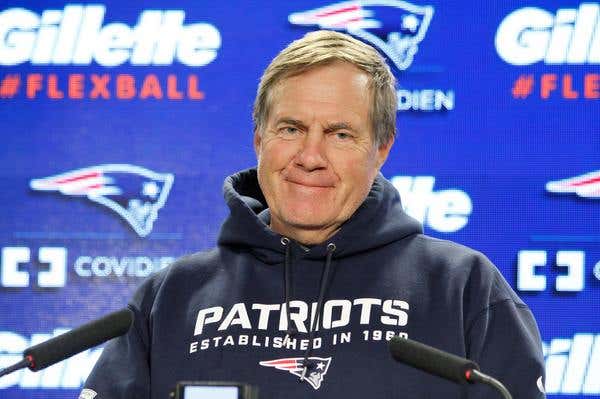 Jerry put up an awesome blog earlier this week chronicling Bill Belichick’s trips across the country for various pro days. Jerry placed in some awesome clips in the blog and in classic Belichickian fashion, his face was stoic in almost all of them.

Thanks to Georgia’s video department, we got a closer look at Belichick training LB Roquan Smith:

Look at that smile: 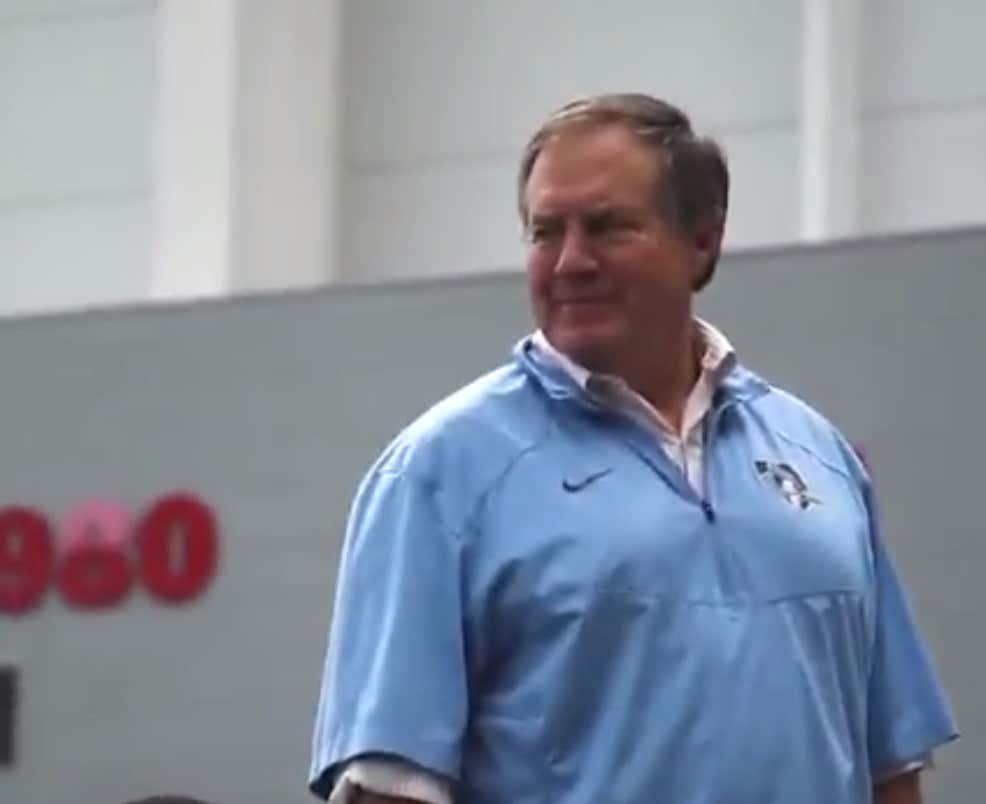 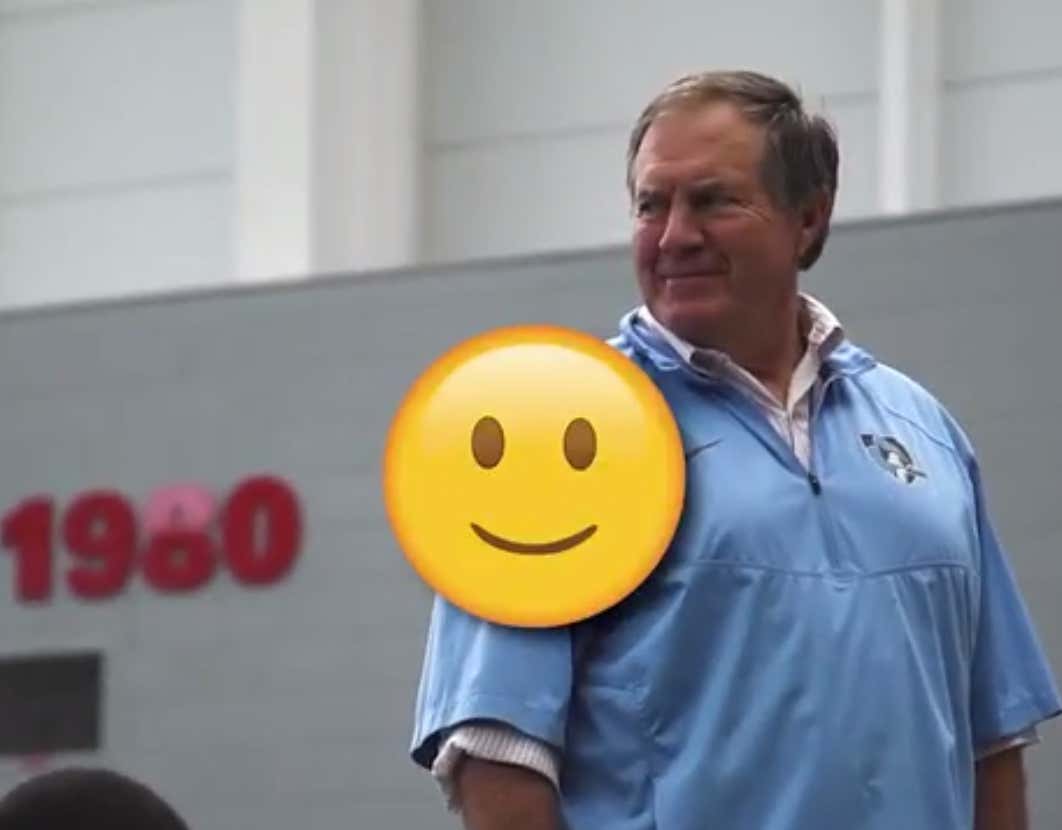 It doesn’t look like it’s hurting his soul at all! All it took was to see Paul Pasqualoni get put on his ass courtesy of Roquan Smith:

The Telegraph-Paul Pasqualoni’s first mistake of the day was to hold a blocking pad when it was Roquan Smith’s turn in a defensive drill.

The 68-year-old Detroit Lions defensive coordinator stepped in to help out during a linebacker position drill during Georgia’s pro day, which was being led by New England Patriots head coach Bill Belichick. Pasqualoni held the blocking pad with Smith, the third to partake in the drill, getting on his knees to strike upward.

Pasqualoni held his own with the two previous players participating. The force from Smith’s hit, however, sent Pasqualoni tumbling to the Georgia indoor practice facility’s turf.

First of all, Paul Pasqualoni thinking his 68-year-old body can withstand Roquan Smith’s power is so dumb I almost have to respect it. I mean, look at the guy:

This play from the Rose Bowl is my favorite of his:

As a UConn fan, I felt a weird sense of joy seeing Paul getting thrown on his ass. He went down about as quick as he took down the UConn football program he inherited. 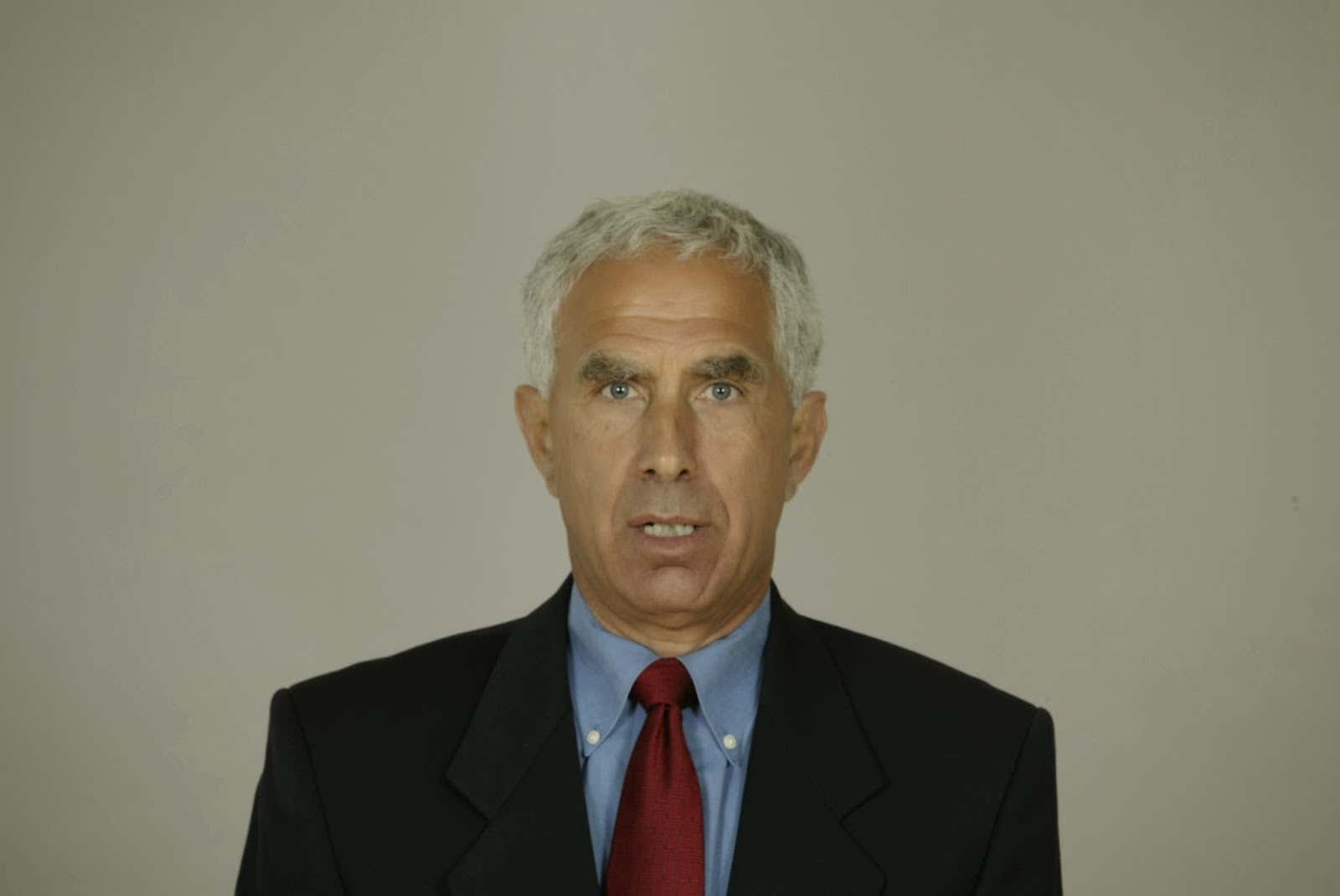 Roquan making Belichick smile is something that cannot be understated. I mean, it looks like it literally hurts BB to smile:

Roquan will be gone by the time the Patriots pick and we all know how Bill would rather give up his house on Nantucket than trade up in the draft. That doesn’t mean Bill can’t appreciate a football player getting after it with the pads. That’s the stuff he enjoys. Other people enjoy long trips to the Carribean or a trip to a Broadway show followed by a nice steak dinner. Not Bill, he likes when he sees a prospect put a pad holder on his ass at a college pro day.