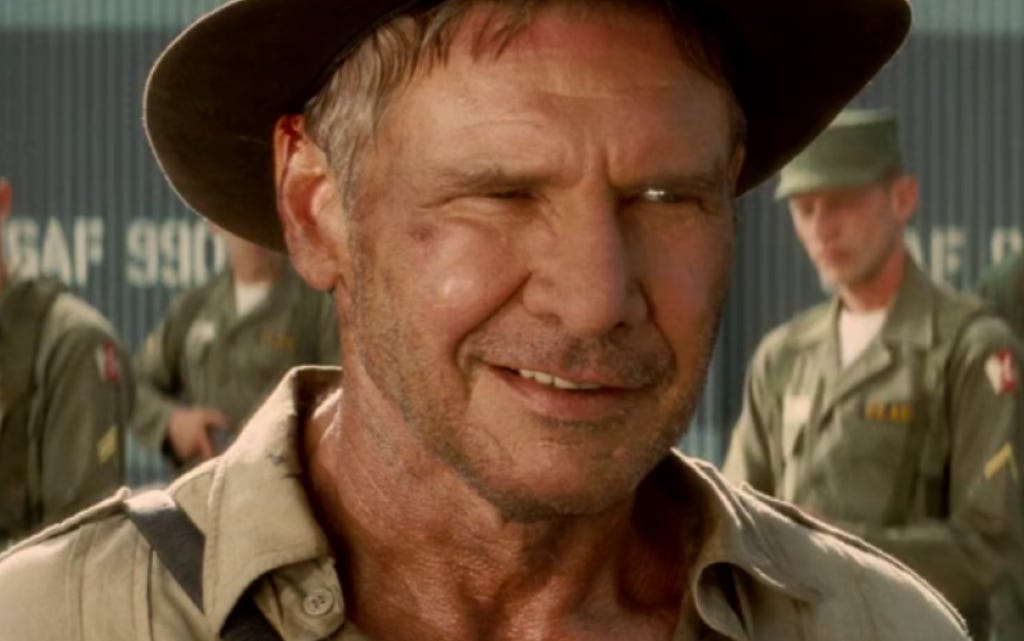 ComingSoon-Ready Player One director Steven Spielberg revealed at the Empire Awards last night that Lucasfilm’s Indiana Jones 5 filming will begin in the UK in April 2019!

“It’s always worth the trip when I get to work with this deep bench of talent coming out of the UK. The actors, and the crew, the chippies, the sparks, the drivers — everybody who has helped me make my movies here, and will continue helping me make my movies here when I come back in April 2019 to make the fifth Indiana Jones movie right here,” he said.

Set for a July 20, 2020 release date, the film will again see Spielberg teaming up with Harrison Ford, who is reprising his iconic role, and franchise producers Kathleen Kennedy and Frank Marshal. The screenplay is written by David Koepp.

I'm a big Indiana Jones fan. Huge, actually. Harrison Ford was one of the first actors I ever saw on a screen, as he starred in the 'Star Wars' franchise as Han Solo, and years after I had fallen in love with his suave scoundrel personality and charm in a galaxy far, far away, I discovered another trilogy he played the lead in.

In this "new" one, he wasn't the pilot of the Millennium Falcon in the midst of an intergalactic war, though. He was a history professor and archeologist by the name of Dr. Henry Walton "Indiana" Jones...and he fought Nazis.

I was instantly captivated, and burned through all of the films in a couple of hours with my older brother. For my money, still to this day, 'Raiders of the Lost Ark' is the best action movie ever made ('Die Hard' trailing close behind). Then, not too long after my discovery of Dr. Jones came another installment to the character's history. I was ten years old, and I was ECSTATIC about 'Kingdom of the Crystal Skull'. In my youthful innocence I failed to realize that even the idea of this film was an eye-roll for a lot of general audience, due to Harrison Ford being 66 years old at the time of its release. That was ten years ago.

Now, Stephen Spielberg is working on adding another sequel to Indy's resume, and to that I say: WHY NOT?!

You know what they didn't have ten years ago? That Marvel de-aging technology they used on Michael Douglas in 'Ant-Man'...

Now that we DO have that, though - sure, Harrison Ford will be 76, but Indiana Jones doesn't have to be!

If they do this the right way, I think it could be a really cool send off for Harrison and the franchise in general. I know it sounds nuts, but....I'm in.