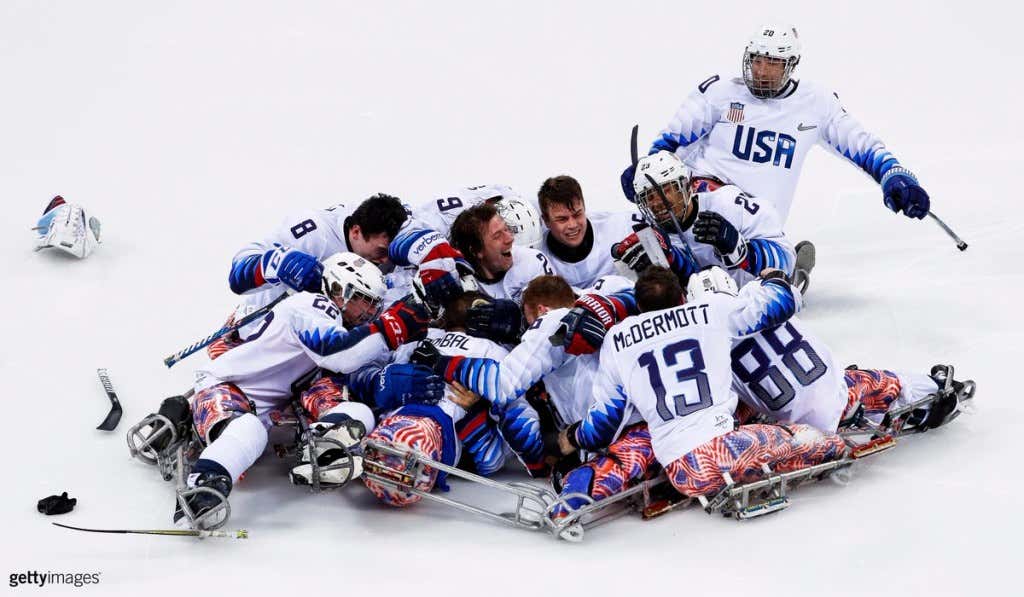 Talk about a total Gordon Bombay moment for that one Canadian at the beginning of this clip. A quarter of an inch the other way and he would have sealed the deal for Canada to stop USA from getting the threepeat. Instead, he hits the post and Team Freedom starts ripping down the other end of the ice. That’s where it’s 20-year-old Declan Farmer, just a kid from Tampa, going to work and sending this bitch to overtime. And once the game was in overtime?

Back-to-back-to-back. 2010, 2014, 2018 gold medals for USA Sled Hockey. Some may say that they needed a little bit of luck to get this one done but you don’t need luck when you’ve got a beauty like Declan Farmer on your squad.

There’s nothing sweeter than watching a US hockey team take down Canada. Especially in a gold medal game. Doesn’t matter what version of hockey it is. Any time it’s a USA jersey going up against a Maple Leaf, it means that everything is on the line. And the fact that all of Hockey Canada left Pyeongchang without a gold medal this year is so damn sweet.