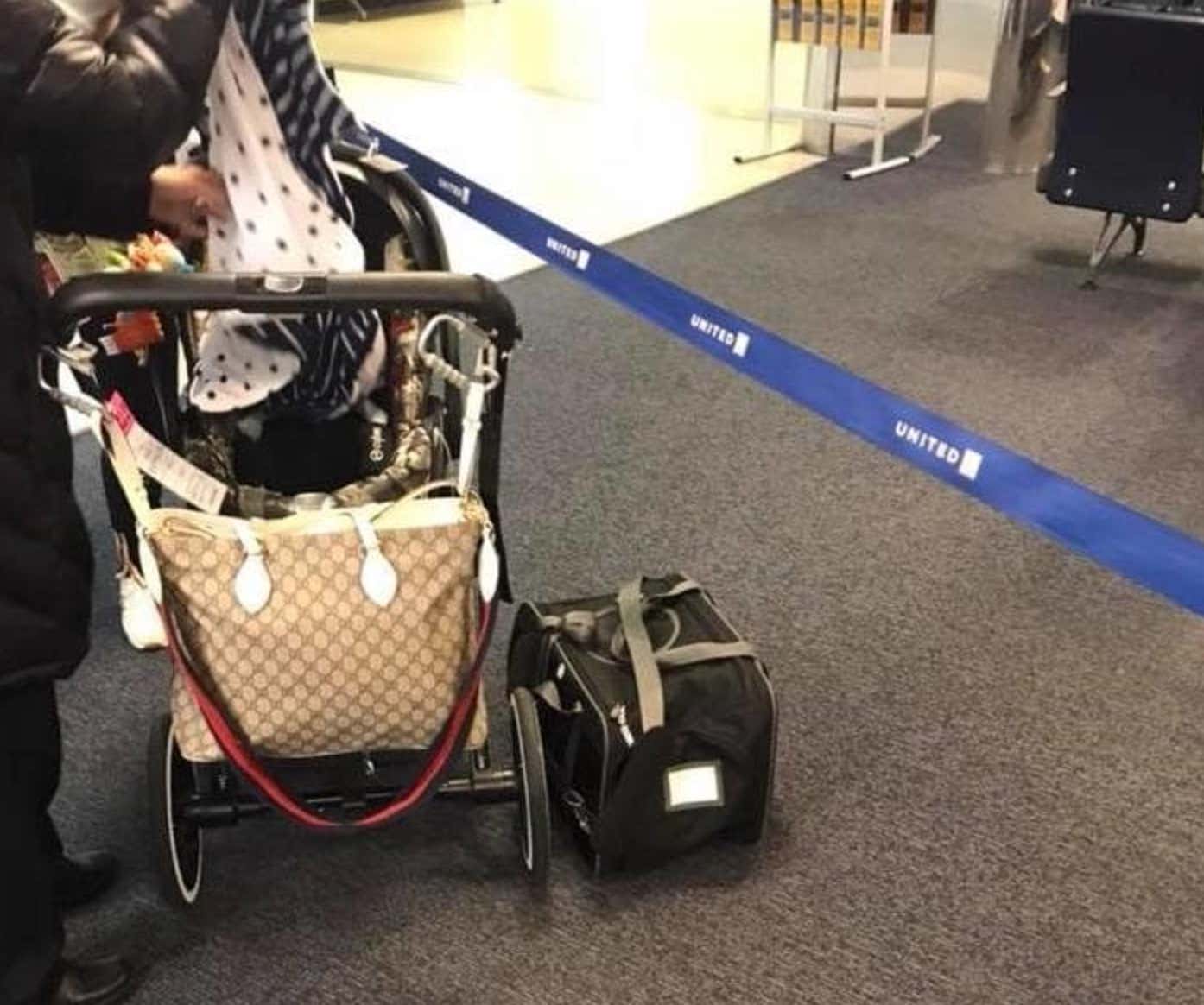 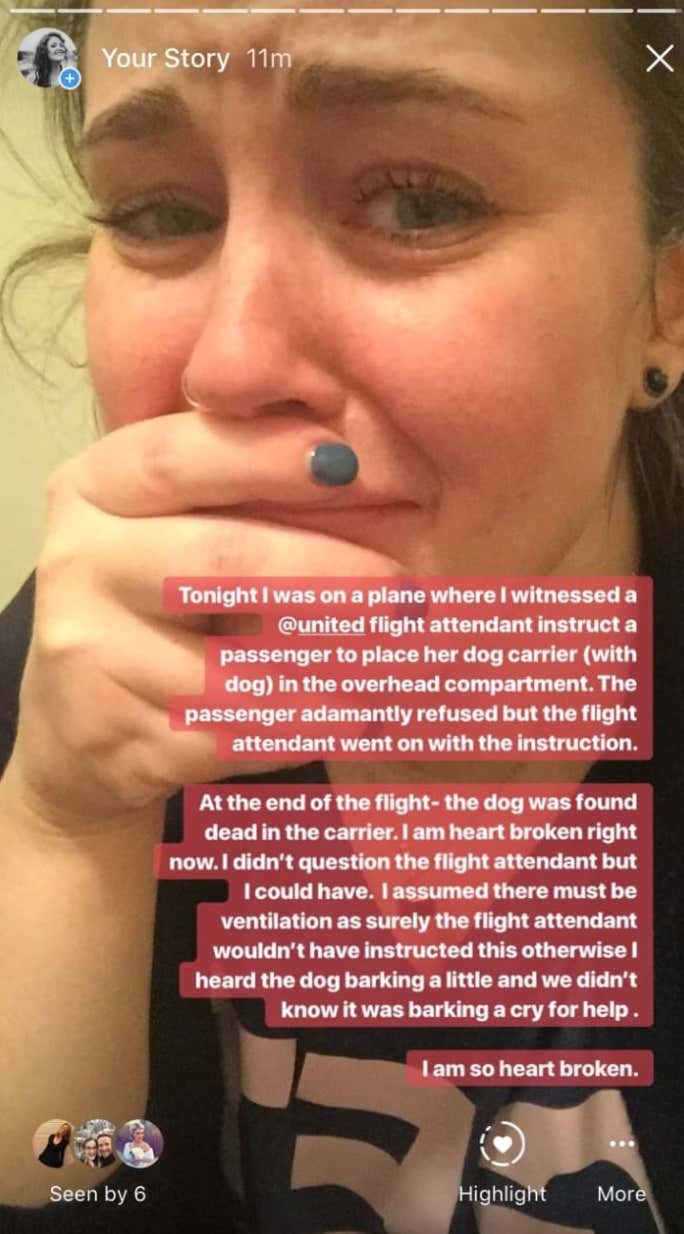 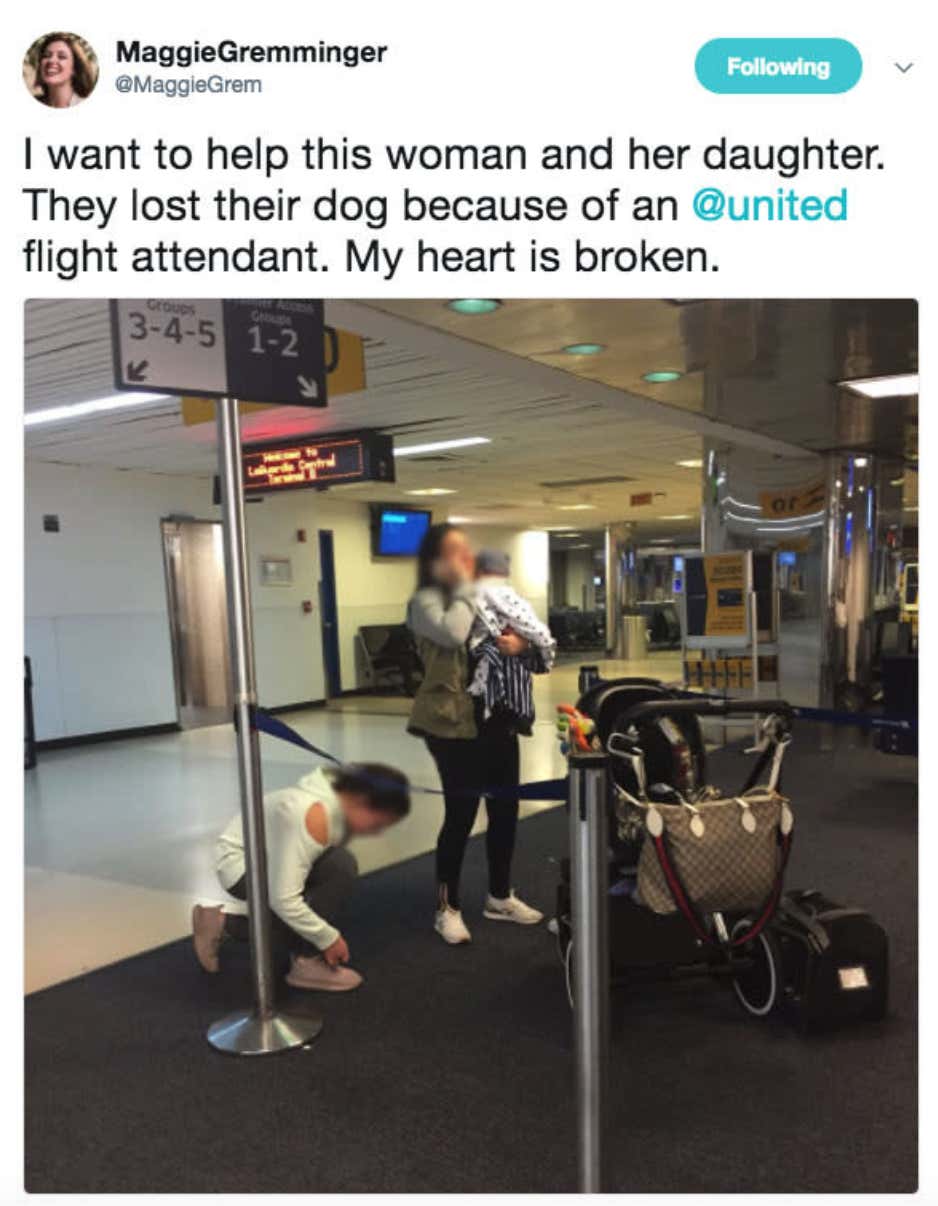 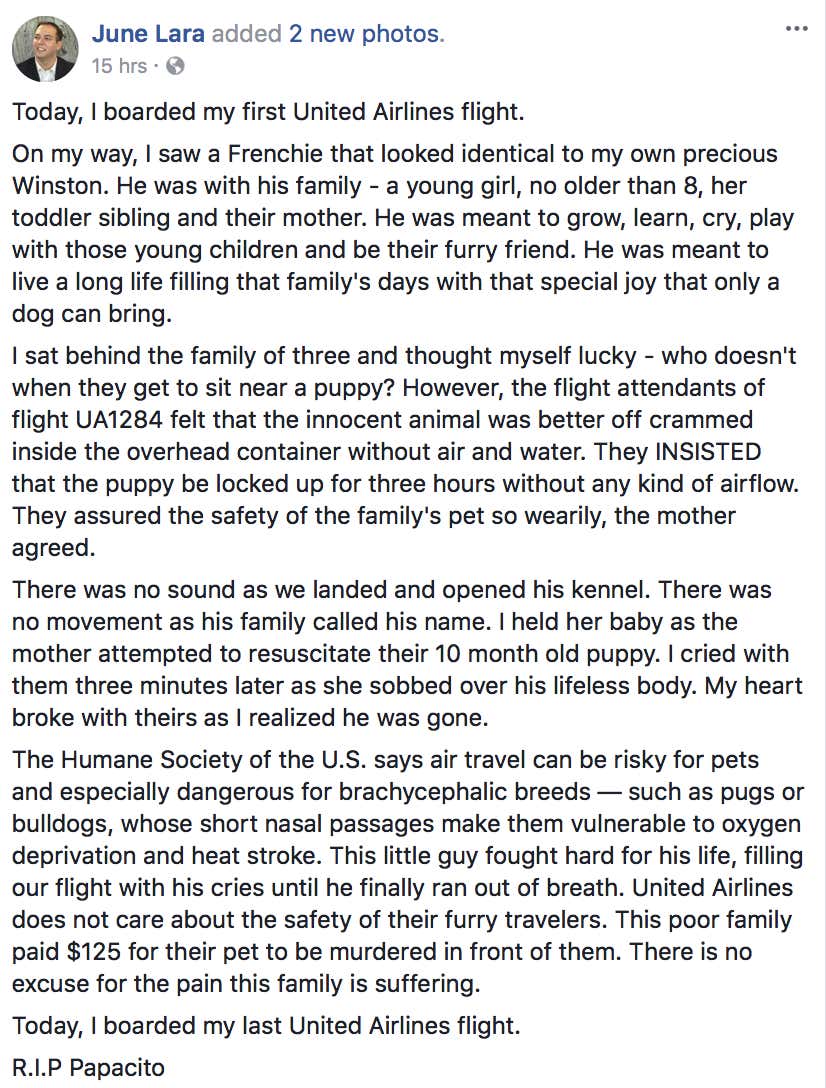 NYP- On Monday night, a dog died in a plane after a United Airlines flight attendant forced the dog into an overhead bin. Maggie Gremminger, a passenger on a flight from Houston to New York’s LaGuardia Airport, uploaded a photo of the dog’s owners on Twitter. “I want to help this woman and her daughter. They lost their dog because of an @united flight attendant. My heart is broken,” reads the image caption. The Points Guy reports that during their flight, an attendant insisted that the woman put her dog, which was held in a TSA-approved pet carrier, in an overhead bin for the rest of the flight. Passengers heard barking during the flight, but didn’t learn that the dog had died until the flight was over. “There was no sound as we landed and opened his kennel,” passenger June Lara writes in a Facebook post. “There was no movement as his family called his name. I held her baby as the mother attempted to resuscitate their 10 month old puppy.” Gremminger’s and Lara’s posts about the ordeal are now going viral on social media. United is facing online backlash. “Another reason I will never ever fly or support doing business with United Airlines!” one Twitter user writes.

What the fuuuuuuuuuuuuuuuuuck man. What the fucking fuck. Devastating. This is a tragedy in every sense of the word. I was having a pretty good day until this story came across my Twitter feed. It felt like a haymaker to the chest. The flight attendant who forced the dog to go into the overhead bin is the devil. That much we know. That person needs to be shoved into their own overhead bin and suffocated to death. At the very least they need a lengthy prison sentence. You don’t just toss a living, breathing thing into the part of the plane where luggage goes. My question is how do the other passengers on the flight not riot when the dog kept barking the entire time? If I had been on that flight I would’ve been PISSED. At a certain point you gotta defy the flight attendant and let the fucking dog out. Clearly the dog wasn’t having a good time up there if he was barking the whole time. And not only was he not having a good time, he was dying. Papacito didn’t deserve to go out like that.

Real talk. This might topple United Airlines was a company. I’m not even kidding. They might be done. There’s no coming back from this. You can’t kill a dog and get away with it. Remember when Spirit Airlines flushed a hamster down the toilet and nobody cared like a week later (minus Cousin Mike)? That will not be the case with this dead Frenchie. Dog lovers are built much differently than hamster owners. Dogs lovers #NeverForget. I mean just look at the emotional responses from people on the flight. It wasn’t even their dog and they’re ready to boycott United Airlines into the sun. There might be protests in all the major cities over this. If somebody gets an anti-United Airlines hashtag going on Twitter it’s gonna be curtains for United.