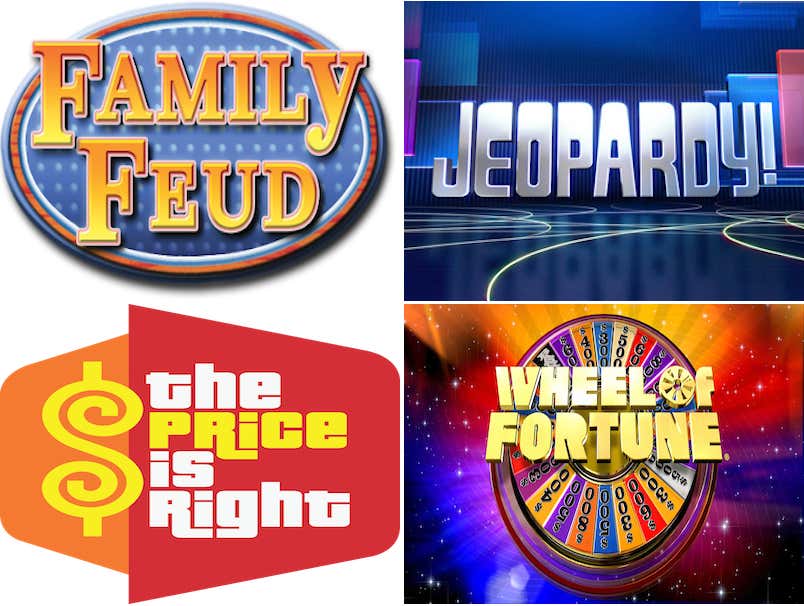 Pick which one you would eliminate

In honor of the final episode of The Dumbest Gameshow On Earth, I decided to do an Eliminator after one of the pillars of American television: The game show. Nothing quite says The American Dream like winning a bunch of cash through games of chance and trivial knowledge.

Today’s contestants are as diverse as they are strong. We have The Price Is Right, which got us through countless sick mornings as a kid while also being responsible for the removal and destruction of more pets private parts than I care to imagine. Jeopardy and Wheel Of Fortune, which have had a friendly rivalry back-to-back on our TVs before prime time hit, which is the game show equivalent of what Judge and Stanton can become in the Bronx. And Family Feud, which is apparently on at least one channel at any given moment, as any new parent with a kid that doesn’t sleep will learn. Honestly I don’t know which way the Stoolies will go on this one. Family Feud may be the best conversation starter of the bunch and Steve Harvey is a goddamn gem. Jeopardy has the best host and is clearly requires the most intelligence to win. The Price Is Right has classic games like Plinko, The Yodeler, The Putting Challenge, and The Big Wheel. And Wheel Of Fortune has been chugging along for years behind Pat, Vanna, and your basic word puzzles.

So vote below and call anybody that disagrees with your pick a fucking idiot.