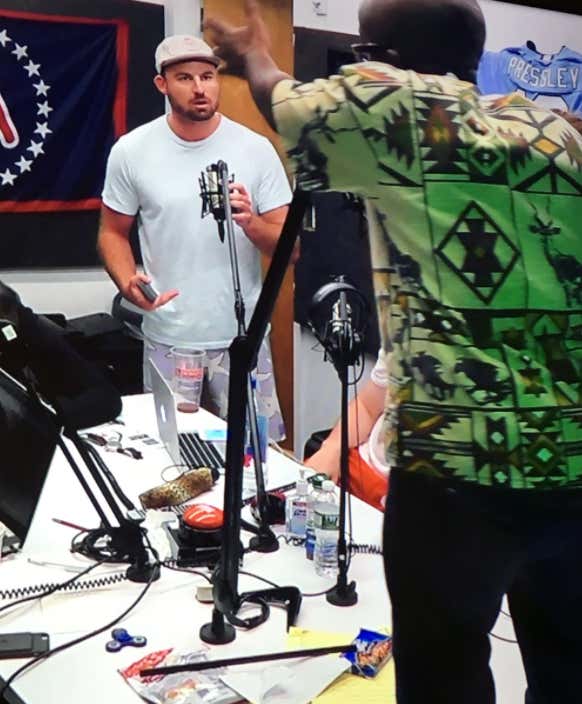 “Beat The Blockhead” makes its triumphant live return tonight at 7:30. We got the second best gameshow on Earth in Jeopardy! leading into the greatest. In case you missed the inaugural episode beatdown, basically, we’ve been shooting the idea of a live trivia gameshow for awhile now. Seeing as how I’m apparently the resident office idiot who gets introduced onto every major in house radio appearance with “If I Only Had A Brain”, I would be the entertaining selection. Sure, I may right at a 3rd grade level and my grammer is etrocious, but there’s still a few sharp tools in the shed that weren’t dulled last week in the ring. Oh, I also hosted trivia nights for years as one of my many jobs during the pasta days of struggle. The amount of useless knowledge I have floating up there is frightening. I may not know my mother’s birthday off the top of my head but I can probably recite the last 30 Best Picture Oscar winners without breaking a sweat. No, I don’t like me that much, either.

Last week, as you see above, we cleaned Carrabis’ clock in a battle of the meats. Today, Devlin is hosting, Clem is “Stat Clem”, and myself and Tex are duking it out. We’ll go two rounds in general trivia for a round with special things happening along the way. After I go 2-0, Bandera’s (somehow) finest and I are teaming up together and taking on the Stoolies in whatever you choose. You stump us with questions on the Twitch chat, you win Barstool gear. Simple as that. Well, almost. They have to be legitimately answerable questions. It can’t be “What middle reliever for an NL team had a WHIP of 1.34 in the 1994 strike shortened season?”. Of course the answer is David West because I’m the reigning champion of life, but to be nice to Tex, let’s keep it’s civilized. And judging how I followed Tex around Alabama like a wild animal in National Geographic this summer, civility may be an issue tonight.

Watch Beat the Blockhead… Trivia Show Smitty vs Carrabis from barstoolsports on www.twitch.tv

Episode 1: Battle Of The Meats – Smitty vs. Carrabis vs. The World

Join up. Shoot the shit. Attempt to stump the “Experts”. Win Barstool prizes. Good times had by all. Probably.