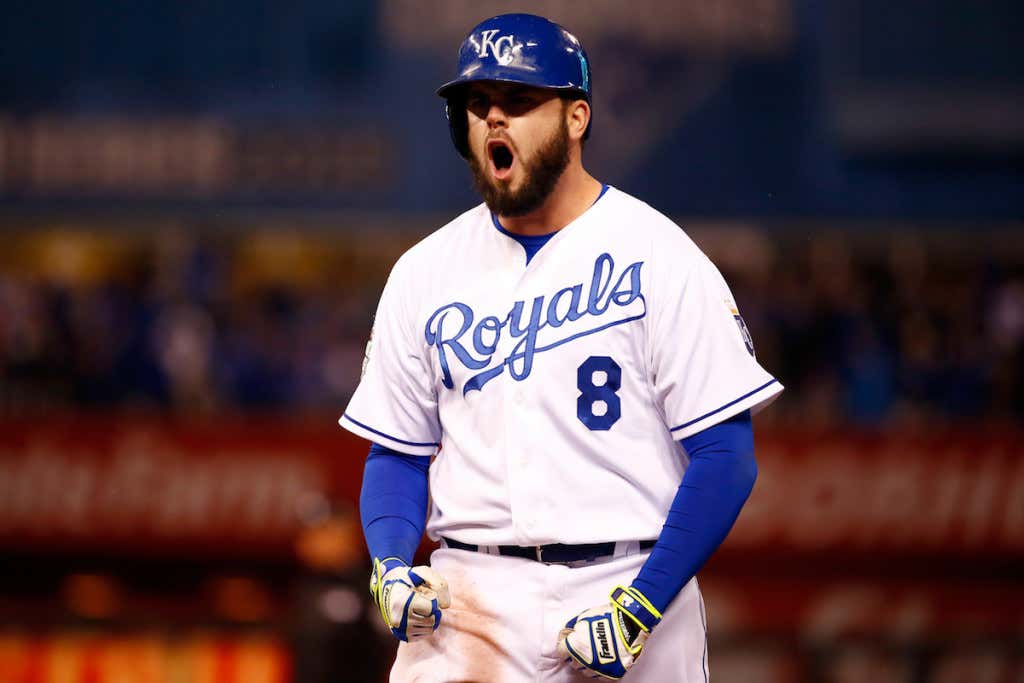 After Yu Darvish signed with the Cubs, Eric Hosmer signed with the Padres and JD Martinez finally ended up in Boston, I think we kind of all just moved on with our lives and didn’t care as much about the slow-moving pace of the free agent market. While some of the top guys might’ve found new homes at this point, there are still a handful of other notable free agents who are still without jobs.

Pitching-wise, you’ve got Jake Arrieta, Alex Cobb, and Lance Lynn still out there. But the top free agent position player still on the market is third baseman Mike Moustakas, who is represented by…you guessed it! Scott Boras. There’s no doubting that Moustakas is a player who can come in and make a difference for a team looking to compete, especially after he just set the Royals record for most homers in a season last year with 38. But there are two major problems here — first, a lot of teams are already set at third base. Second, the draft pick compensation tied to signing him. Boras, as he’s been known to execute in the past, has a plan to avoid the second hurdle in finding Moustakas a job.

Some of this is philosophical, and much of it is a debate that is separate from whether Moustakas will be on a roster opening day.

“The teams are coming, and Moose is going to be playing baseball,” Boras said. “But I don’t control time, and I don’t control competitiveness. The question is when do those teams want to commit to winning, and of course I think he’ll be playing, yes.”

Boras has done this dance before. Four years ago, Kendrys Morales and Stephen Drew both remained unsigned into June. Kyle Lohse wanted until late March in 2013 to sign. Morales and Lohse ended up making as much or more than most expected. Drew, who was 31 when he went unsigned, made less.

So, Boras knows this route. He designed the playbook, and volunteered an alternative outcome. If the offers don’t come, Moustakas could wait until the draft pick compensation drops after the June draft, perhaps sign a deal for the rest of the 2018 season, and then take another spin with free agency.

“Watch what happens,” Boras said. “This player has no picks attached to him. It goes away, because they can only put it on him once. So now it’s a totally different world for Moose.”

It’s unfortunate that certain circumstances have led to the point we’re at now with Moose. Dude just put up a career high .835 OPS, a career high 38 homers, struck out less than 100 times, and that season wasn’t enough for teams to bite on forking over a draft pick? I can see it from both sides, obviously. Teams value their draft picks, as they should. But Moustakas is still only 29 years old, which isn’t exactly ancient, and he’s posted an OPS north of .800 in each of his last three seasons, albeit the 2016 season only being 27 games due to injury. Regardless, you can’t really throw out a red flag at having a career year in his walk year, because he’s at least been in the same ballpark OPS-wise since the start of the 2015 season.

It’d be a shame to see Moustakas be forced to sit on the sidelines for two months due to draft pick compensation, but it’s happened before. I’m sure it’ll happen again. The MLB Draft this year goes from June 4 through June 6, for those wondering. If Moustakas were to sign after the draft, I’m assuming it’d be just for the 2018 season to then re-enter the free agent pool next winter.

Boras was originally in search of a five-year deal in the neighborhood of $75 million for his client, but for as reasonable as that sounds, teams weren’t willing to forfeit a pick along with the dollars. Like Boras said, though, it’ll become a “totally different world” for Moustakas if and when he’s no longer tied to draft pick compensation. And, as we all know, injuries are bound to happen over the course of the first two months of the season, so if a third baseman goes down, or teams are in need of an offensive boost, Moustakas also gains leverage that he doesn’t currently have at the moment.