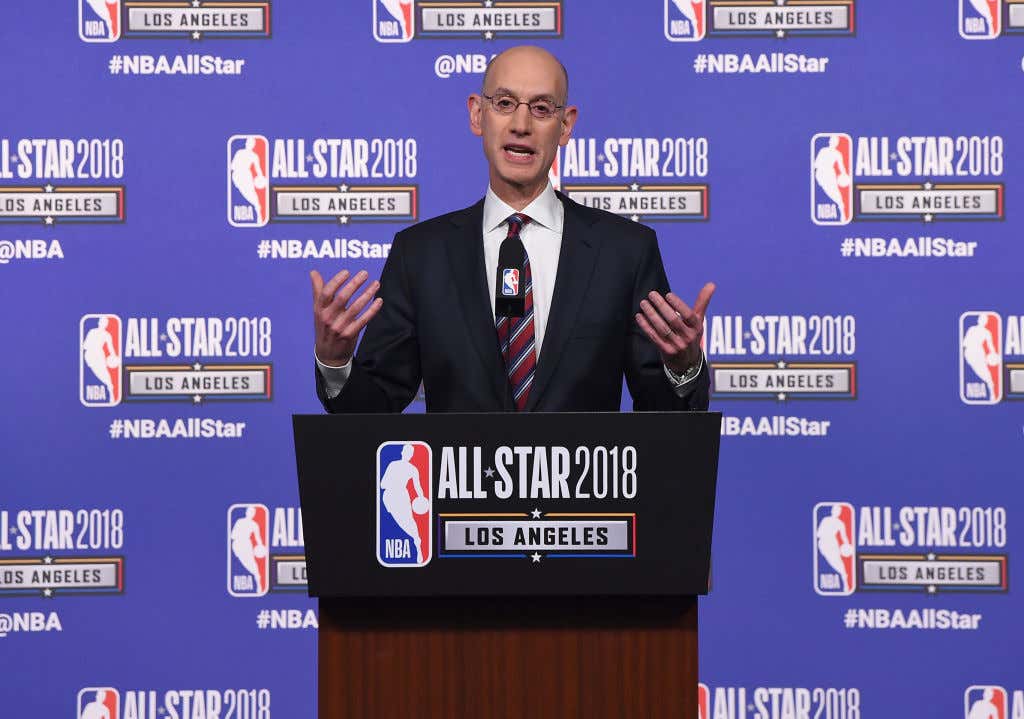 (ESPN) – Commissioner Adam Silver reminded all 30 NBA teams that tanking “has no place in our game” in a memo sent last week to explain the league’s six-figure fine of Dallas Mavericks owner Mark Cuban.

“We have been careful to distinguish between efforts teams may make to rebuild their rosters, including through personnel changes over the course of several seasons, and circumstances in which players or coaches on the floor take steps to lose games,” Silver wrote in the memo, obtained by USA Today Sports.

“The former can be a legitimate strategy to construct a successful team within the confines of league rules; the latter — which we have not found and hope never to see in the NBA — has no place in our game. If we ever received evidence that players or coaches were attempting to lose or otherwise taking steps to cause any game to result otherwise than on its competitive merits, that conduct would be met with the swiftest and harshest response possible from the league office.”

The NBA is in a tough spot with this whole issue. Integrity of the league is no laughing matter, especially if they have their sights set on future gambling endeavors. You can’t have teams openly talking about tanking and losing on purpose and then also have gambling. Silver can talk about penalties all he wants, if it’s just going to be money like in the situation with Cuban, that isn’t going to stop shit. The first step is obviously lottery reform, which we’re going to start seeing moving forward. Everybody knows that as long as the league rewards teams for losing then franchises who have no shot at competing are going to punt and lose on purpose in hopes of drafting a franchise altering talent.

Back in September the league approved the first change to the lottery, which can be seen below 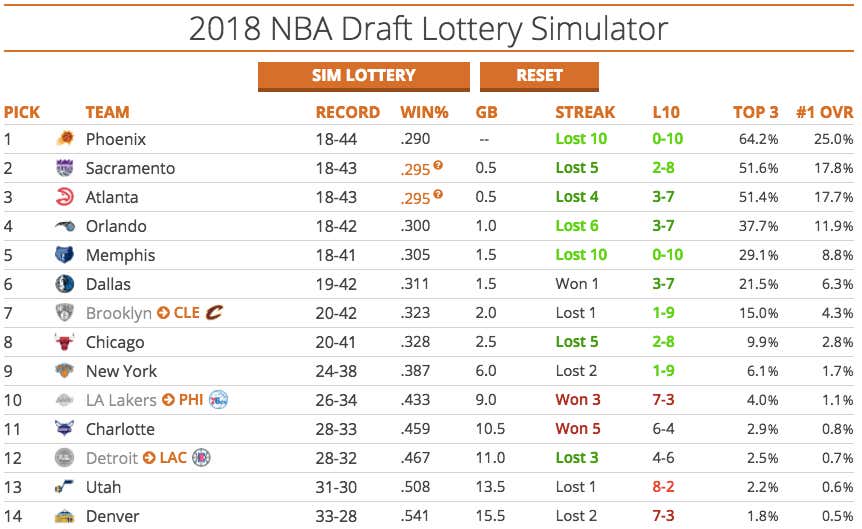 you can see things will be a lot more balanced from a percentage standpoint. The question is if that’s a big enough change for teams to avoid the tanking strategy. I’m not so sure it does. Attempting to officiate and prevent tanking is so tough because unless a coach or team flat out says it, how can you prove it? For example I think the Bulls are tanking, but you couldn’t tell by how they play, they still try. But their motives are just as clear as what was going on in DAL, Cuban just opened his mouth. In that regard how is Silver going to ensure integrity if his basis for punishment is only if you talk about it?

By hitting these teams with just fines, we’ve seen that hasn’t stopped anything. You think Popovich changed his rest strategy just because he was hit with a 250K fine or something like that. No chance. You think Cuban is going to tell him team to try and win over their last 20 or so games now? No. If Adam Silver really wants to get rid of tanking, they have to get fucking crazy and take away draft picks for that current draft and then some. Consider it the “death penalty” or something like college does. Don’t ask me how you can prove it in order to justify such drastic options, maybe if someone is stupid enough to say it out loud like Cuban did or something, but that’s really the only thing I can think of that would make teams think twice given the current format.

There are also other approaches to lottery reform that I personally like and wouldn’t mind seeing considered. The most popular is probably the Wheel Method, something that was first brought up by Zach Lowe and a strategy the Celtics Mike Zarren has supported. It basically breaks down like this

Each team would simply cycle through the 30 draft slots, year by year, in a predetermined order designed so that teams pick in different areas of the draft each year. Teams would know with 100 percent certainty in which draft slots they would pick every year, up to 30 years out from the start of every 30-year cycle.

Apparently there is a new version of this idea currently out there in NBA circles, but for now we can only speculate as to what the changes are

There are few things Adam Silver hates more than the term tanking. The guy has been open about what PHI did with The Process and his thoughts on it

“I haven’t made a secret out of the fact that, in terms of the so-called ‘process’, we actually just changed the draft lottery. Not that the team (Sixers) did anything wrong, they took advantage of existing rules, but in fairness to other teams in the league you now have a team in the 76ers who had one of the worst four-year records in the history of the league. And that’s not good for anybody”

He’s determined to be the commissioner that solves the tanking issue in the NBA and that’s a tall task because in that league you’re either competing for a title or you’re trying to lose as much as possible. I don’t think fines will do the trick, and I don’t think the solution we have now will make all the difference. Silver will probably have to think outside the box both in terms of lottery reform and punishment if he truly wants to protect the integrity of the game, which he says is most important.