Not gonna lie, I almost puked 3 different times during that 1 minute video. Once when the handlebars started wobbling, once when this guy went under the semi, and once when I thought his femur would be popping through his skin once he got up. Nope, dude walked away pretty much flawless. Unbreakable like Bruce Willis. In my mind, you have to be a crazy motherfucker to ride a motorcycle. Then again, you have to be a crazy motherfucker to even watch this video. I knew the guy walked away and I was still watching the video through my fingers.

What do you after living through this if you are this guy? You have to feel like some sort of a God after cheating death like that. Give the good folks at Sport Science 10 years and they couldn’t figure out how this guy survived that wipe out. Absolute pure luck. Even becoming Frogger on the highway while limping like Willis Reed was impressive as fuck. Can you imagine surviving pulling a Clark Griswold under a tractor trailer but then having it all end when some driver mistakenly runs you over as you try to walk to the shoulder? And I feel like him saying “I’m not dead” was as much to convince himself as it was to convince the drivers on the highway, even though this definitely looks like a group of people that feels like they are staring at a dead man. 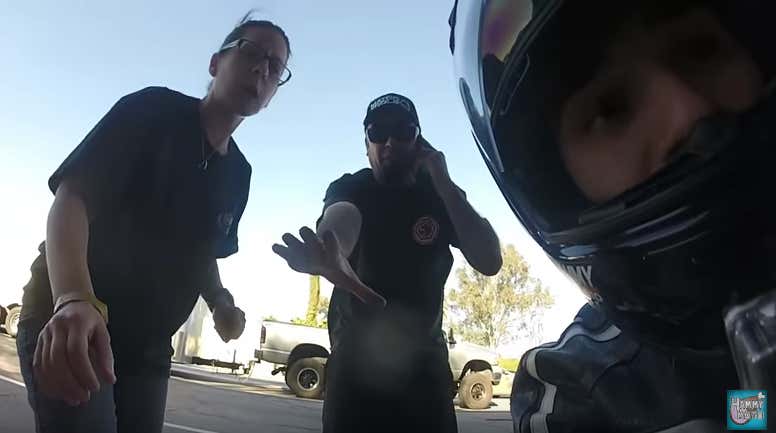 So shout out to this dude for surviving the most ridiculous shit I have seen today. I hope you either bought a lotto ticket or threw yourself the most epic I Can’t Believe I’m Still Fucking Alive party ever. You earned it.