It’s just like Blue Streak! If you don’t remember the movie Blue Streak then don’t talk to me. What a classic.

Why does anybody trust Rotten Tomatoes? What a bunch of fucking idiots. 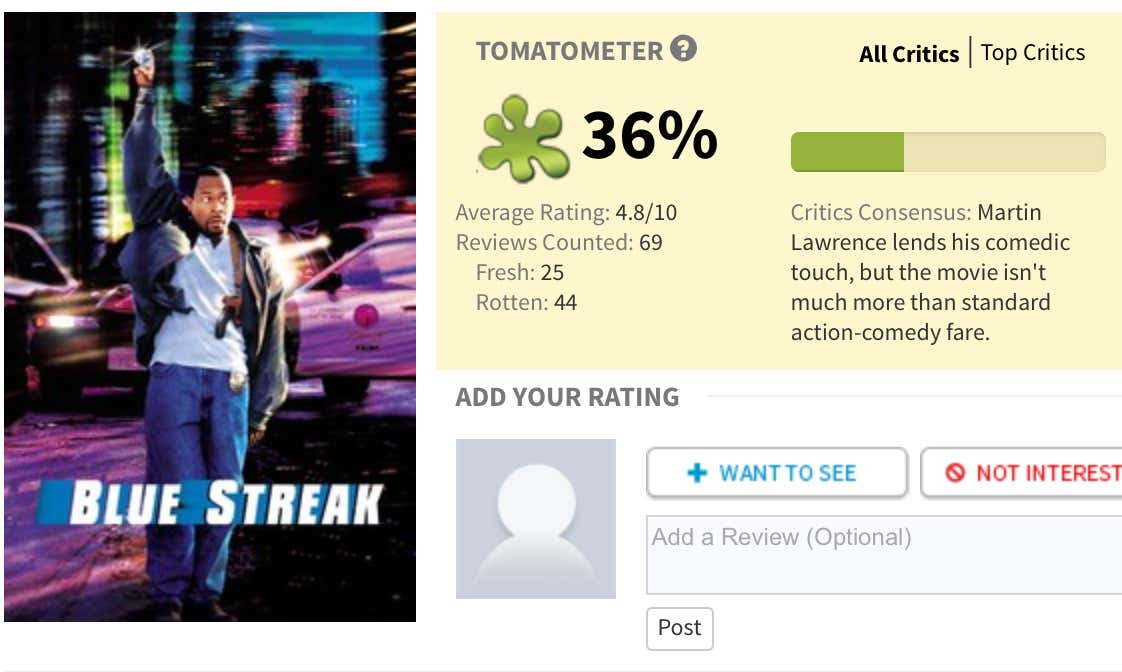 Anyway. This story is only kinda like Blue Streak.. The differences are that Martin Lawrence hid a diamond in a police station but he didn’t know it was going to become a police station. Other than those minor details, Blue Streak is just like this guy trying to hide cocaine in the ceiling of a police station. It’s even more bizarre that the reason the guy was at the police station was because he thought he was the victim of a crime. Pro tip going forward: if you’re gonna go report a crime, leave your coat home. It’s never a great idea to waltz into a police station with illegal drugs. And not only but then his underage girlfriend was in the other room singing like a canary about his sex trafficking ring. Talk about your all time back fires.