ESPN- Less than 14 hours after Papa John’s announced it had prematurely ended its sponsorship as the official pizza of the NFL, the league announced its replacement: Pizza Hut. Financial terms of the deal were not revealed, but sources say it extends beyond the original Papa John’s deal. The Papa John’s deal was contracted to run through the 2020 season. The new deal with Pizza Hut now runs through the 2021 season. Pizza Hut is the largest pizza chain in America, with more than 7,500 stores, more than double that of Papa John’s.

Well that was quick and I guess a lesson to #brands out there. The NFL may not be the product it used to be and has some hot button issues in 2018. But it’s still a business that companies will climb over their own mother to be a part of. The NFL’s official pizza sponsorship was single for like 5 minutes before getting courted like Amanda Beckett at a high school kegger. Since pizza and football go together like wings and football, beer and football, or gambling and football, I imagine all the big box pizza companies (little pizza humor there folks) were banging down the door for a chance to advertise to the idiots that don’t watch RedZone from 1-7 on Sunday. And less than a day later the NFL is officially going steady with Pizza Hut, a company that made stuffed crust pizza a thing and countless businesses stick out like a sore thumb because they clearly bought buildings that used to be old Huts.

Now I’m sure people will debate which big chain pizza place is actually good or actually bad. But we know they all have their signature items that move the needle. Domino’s Cheesy Bread is incredible, Papa John’s built an empire on his garlic sauce, and the aforementioned stuffed crust pizza changed the game back in the day for Pizza Hut. Half the time you aren’t ordering from those places for the pizza but instead for the sides and gimmicks. And if that wasn’t enough, I think the timing of a deal with the NFL matching up with Pizza Hut’s new beer delivery program will make Pizza Hut investors pretty happy.

Pizza Hut’s chief marketing officer Zipporah Allen said the company will engage consumers on the deal through new products and packaging, the company’s loyalty program and continue its push into beer delivery. The brand started a pilot program to deliver alcohol into homes in Phoenix late last year.

In the end, I am just happy we can get some fresh blood during football games. I had seen quite enough of Papa John on my TV. I think the NFL should change up sponsors every 5 years or so just so we don’t get Papa John’d out.

At least Papa John will always have that warm kiss with Peyton.

And the time Peyton called him Papa in a commercial, which wasn’t weird at all.

Plus Papa John always seems to show up after big college sports games. 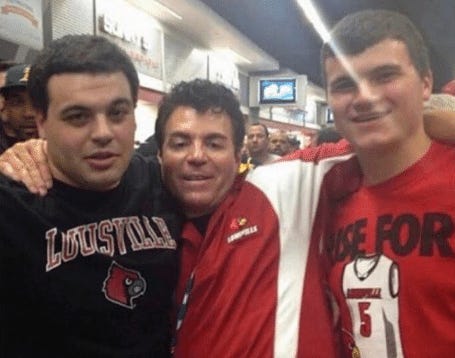 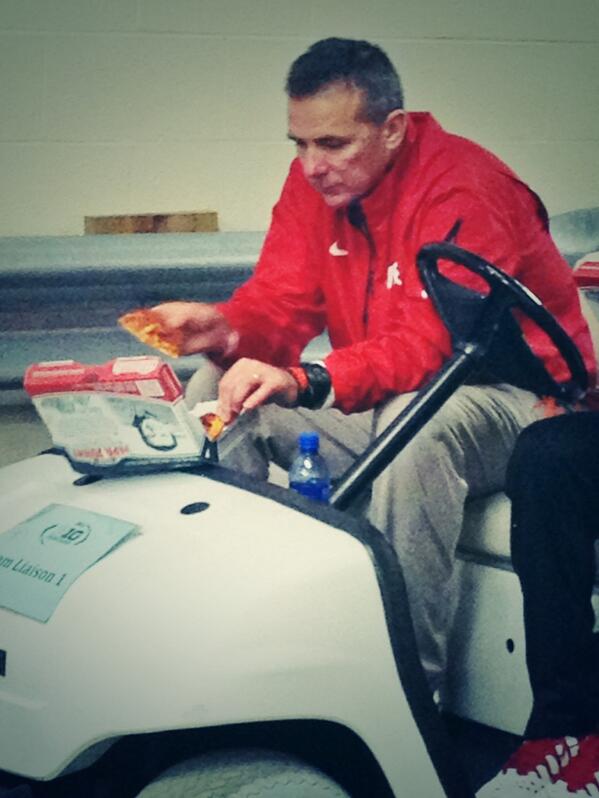 I wouldn’t mind if Digiorno broke out its Twitter fingers against Papa John’s for one last time today.