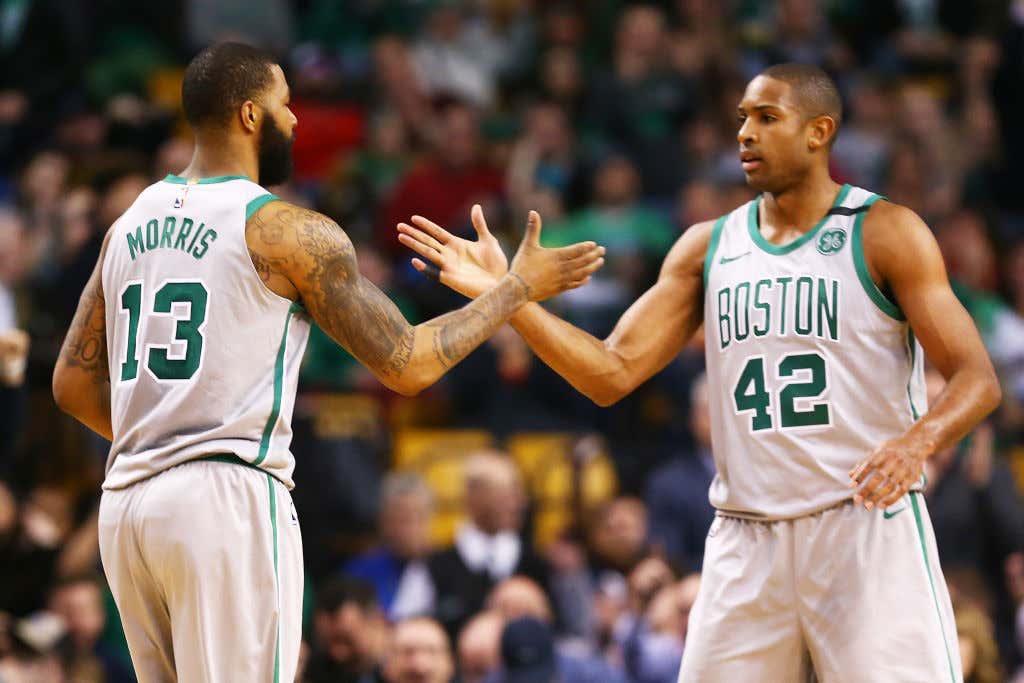 Let me save you the trouble. I fully understand the Memphis Grizzlies are practically a G-League team. Getting excited about blowing a team out like that is silly because it’s expected. The Boston Celtics are not the only team to do something like this, and their three games since the AS Break have not exactly been against world beaters. But, what is it that Brad always says? It’s not about the result, it’s about the process. Granted he’s spinzoning hard when trying to explain why his team may have shot the ball poorly one night, but I’m going to apply it here.

The reason for the excitement for how the Celtics have played since coming back from the break has less to do with the result and everything to do with the approach. This is the team that we saw at the beginning of the year. This is the team that’s locked in on both ends, has energy and a balanced approach. To be honest, it looks a lot like the November Celtics and here’s what I mean.

With that said, let’s get started.

– A big reason for this mini turnaround after looking awful heading into the break has A LOT to do with the play of Kyrie Irving. Last night he was again ridiculous, finishing with 25/6/5 on 8-13 shooting (5-8 from deep) in just 24 minutes

We always knew that Kyrie has been pacing himself this season considering he truly knows what it takes to go deep in the playoffs, and it’s no surprise that the AS Break came and went and suddenly we are getting the best version of Kyrie. He knows how important the stretch run is to a team in this position and it shows in his play. Over his last three games Kyrie’s averaging 26.8 points, 6.8 assists, 5.3 rebounds, 1.0 steal with 52.9/55.6% splits. On the defensive end he’s had a 103 rating which is more than acceptable. He look engaged on the defensive end and that was apparent last night even in a blowout against a shitty team. That’s exactly what I want from Kyrie in this situation, I want him to lead by example and that’s what he’s doing.

As impressive as his scoring has been, he’s also been moving the ball great. His 34.5% assist% over the last three games leads the team and is considerably higher than his season average (30.5%). Even better, his usage during this stretch is below his season average. Basically Kyrie is having a bigger impact while not being used as much, how could you not love that.

– Obviously the biggest change for this team has been their production on offense. To me, this isn’t really rocket science when you look at why things have turned around. Take the first half for example, seeing the Celts drop 67 points was pretty impressive. There are games this season where the Celtics haven’t had 67 points through three quarters it feels like. Well what was the biggest factor? They were unselfish. Gone were the isolations where they were killing the entire clock without movement. Instead they had 17 assists on 23 baskets and just 4 TOs.

Kyrie and Al continue to do the job in the starting unit, but we’re also seeing Jaylen start to be more of a playmaker for others over the last few games, and now that Smart is back on the second unit, that group has a PG who knows how to get others involved (he had 5 assists last night too).

The Celtics run isolation around 8.5% of the time which is 6th in the NBA. They sit in the 75th percentile and shoot just 40% on those type of plays, which is 14th in the league. They get into trouble when they rely on this too much so when we see them move the ball like they have been, it’s not all that surprising that this defense looks 100000x better.

– I talked at the start of this blog how the Celts are looking like their November selves. A big reason for that is the second unit is playing so much better. Pick a name, any name, they’ve looked greaet

Another 52 point effort from the second unit, they really helped because most of the starters outside of Kyrie were pretty shitty. One underrated part of having Smart back in the lineup is what it does for Terry Rozier. Now Rozier can focus on being the scoring guard he truly wants to be and doesn’t have to worry about getting others involved. He’s responded going for 15/4 non 5-8 shooting and once again made multiple threes. Take a good look, because this is the best stretch of Rozier’s career (not hyperbole he’s never had a run like this)

– We should also throw a quick shoutout to Trader Danny for finding Daniel Theis and giving him a dirt cheap contract. It’s now becoming a bit cliche to talk about how valuable Theis is in his role on this team and what great value he is, but maybe we shouldn’t have been so surprised. Theis is not some 20 year old rookie, at 25 and with professional experience you can tell just by watching him. He knows his role and he knows what it takes to be consistent and this team would not be the same without him.

– So much is made about what adjustments Brad would make, and when you look at this team the answer is so clearly their offensive approach. I can live with the 37 3PA on 86 shots because guess what, they still attacked the rim. Another game with 40+ points in the paint, the Celts also took 27 FTs so it’s not like they were just settling for threes after their hot start in the first quarter. That’s the most encouraging thing for me moving forward. It’s not exactly rocket science either, you take more shots closer to the rim, your FG% will be pretty good. Seeing this team live in the mid 40%s over these last three games has been quite the pleasant surprise.

– Such a classic Marcus Smart night. I’m sure somewhere there is someone complaining about his 2-9 (1-7) performance while the rest of us with brains focus more on his +12, 5 assists and 3 steals while having a 98 Drtg and leading the team in deflections and loose ball recoveries.

– 28-3 when holding opponents to under 100 points. Defense and rebounding continue to be the most important aspects of this team’s success and I don’t see that changing anytime soon.

– Look at some point Al Horford is going to have to snap out of this offensive funk. He was better against NYK, but last night was back to struggling going just 1-7 and finishing with just 5 points. This is now the second game this has happened and while I’m not freaking out about it, I need more plain and simple.

I think part of it has to do with usage, I mean during that great first quarter he took 1 shot and had just 2 FGA in the entire first half. That’s a problem and might explain why he isn’t finding his rhythm. Now the good news is there are other options on this team that can help carry the offensive load, but if this team wants to snag the 1 seed and go deep in the playoffs, they need Horford to be better on the offensive end.

– The same goes for Jayson Tatum. Granted this was really his first stinker since the games started up again, but I didn’t love his 2-8 performance either.

– The Grizzlies scored 24 points in the first quarter and 16 of them came in the paint. They literally got into the paint and dunked whenever they wanted, which was a tad concerning. The points in the paint battle evened out, but that was not a great start in terms of interior defense.

– Greg Monroe was a DNP-CD in a game this team was winning at one point by 28 points. I dunno call me crazy but that may have been an opportunity to get him some run and comfort with his new teammates. Monroe hasn’t really been all that impressive during his time in Boston, more ‘meh’ than anything. That’s going to have to change once the playoffs roll around so I don’t really get not giving him as many opportunities as you can before then.

– Along those lines, absolutely devastating Yabu wasn’t active. This was a perfect Yabu game and I’m still upset about it.

– I know it’s hard to keep focus when you have such a big lead, but the second half of this game was pretty terrible. Just 42 points on 35% shooting, the Celts went a solid 1-15 from behind the arc, while also deciding to not play much defense, giving up 57 points.

They had no answer whatsoever for JaMychal Green who had 18 points on 7-8 shooting, and on the flip side did not have a player over 6 points.

Now here’s the deal. With CHA up next tomorrow this is the very definition of a trap game in my opinion. With HOU the game after on Saturday, the Celts cannot afford to overlook the Hornets, a team that has won 4 in a row and is playing some pretty good basketball at the moment. Win that game and now you have some real momentum heading into the showdown with HOU, who by all accounts will be riding a 14 game winning streak.