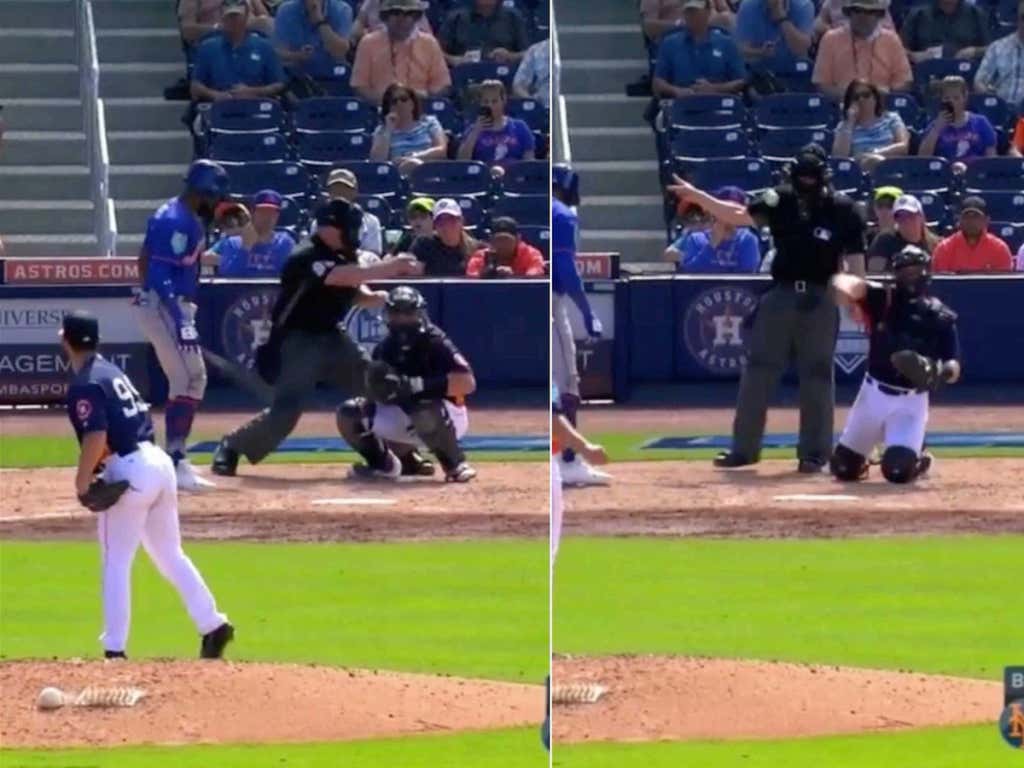 HAAAAAAAA EEEEEEEEEEK two. I saw some people saying that this was a hell of save because he didn’t fully commit to the strike three call. Wrong. The second he turned to his left, it was too late. You can’t just start your strike three call on strike two, and have it be all good because you threw the brakes on 90% of the way through the call. One percent incorrect is a hundred percent incorrect in the world of umpiring. Day one stuff, really.

This ain’t Little League. This is The Show. This isn’t Vietnam. We have rules here. But I ain’t mad at the guy. Like the broadcasters said, it’s spring training for the umpires, too. My brain fails me several times a day, so I can only imagine what it would be like to have cameras on you constantly when you’re at work, capturing your every fuck up, only for those images to end up on blogs like Barstool Sports for people to take pleasure baths in your mental anguish. MAN, would that suck.

Also, a big shout out to Jose Reyes here for knowing what the count was and not starting his walk back to the dugout on the fake strike three call. Managers love that situational awareness shit. Domestic abuse, not so much.