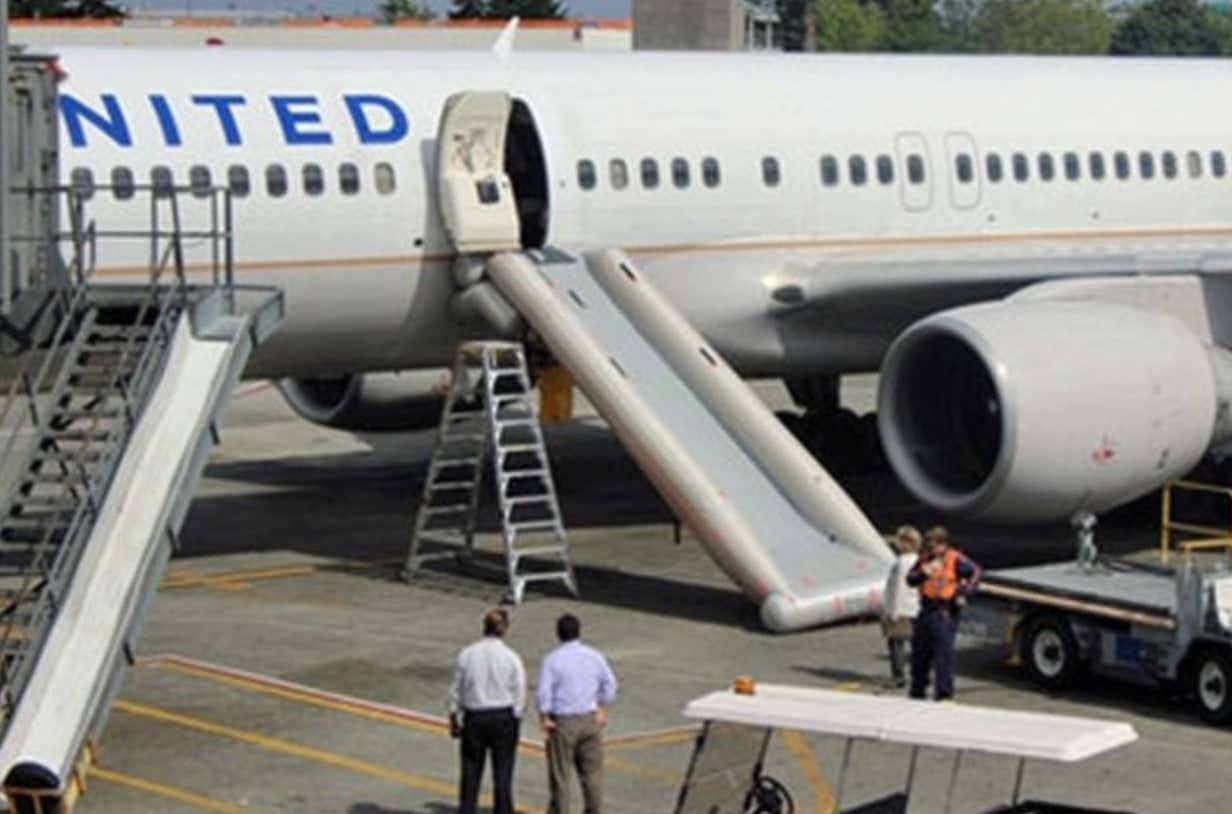 Nothing but respect for this guy. He killed two birds with one stone. One, he got off the flight he wasn’t supposed to be on. And two, he got to slide down one of the airplane slides and absolutely everybody wants to slide down one of those. I’d even go as far as to say that should be the way off planes. Every time. Deboarding would go wayyyyyy faster cause people would be pumped to slide down the slide. Show me a person who says they don’t like slides and I’ll show you a liar. Adults almost never get to go down slides. At a certain point, you slid down your final slide. That’s sad. But not if we institute a rule where they at least give you the option to slide off the plane.

Unrelated but sorta related. I was flying back from Del Boca Vista yesterday and a baby cried the full 3 hours. It was unbelievable. The kid cried and cried and cried and cried and I wanted to die. Everybody wanted to die including the parents. I swore off kids in that moment. I would’ve gotten a vasectomy right then and there if it was offered. Which made me think, vasectomy companies should do pop-up shops right outside airport gates. Boom. Set up a little booth and make it happen. They would make a billion dollars after every flight. I would’ve paid whatever price it was to have my baby-making abilities shut off forever.