Will Middlebrooks’ long road back to being an everyday player at the big league level appears to have gotten just a little bit longer. In spring training action today, the 29-year-old third baseman ran out for a ball in shallow left field and got taken out by Andrew Pullin, who had taken over for Rhys Hoskins in left. Middlebrooks was unable to walk off the field on his own power and was carted off. It did not look good on the replay. 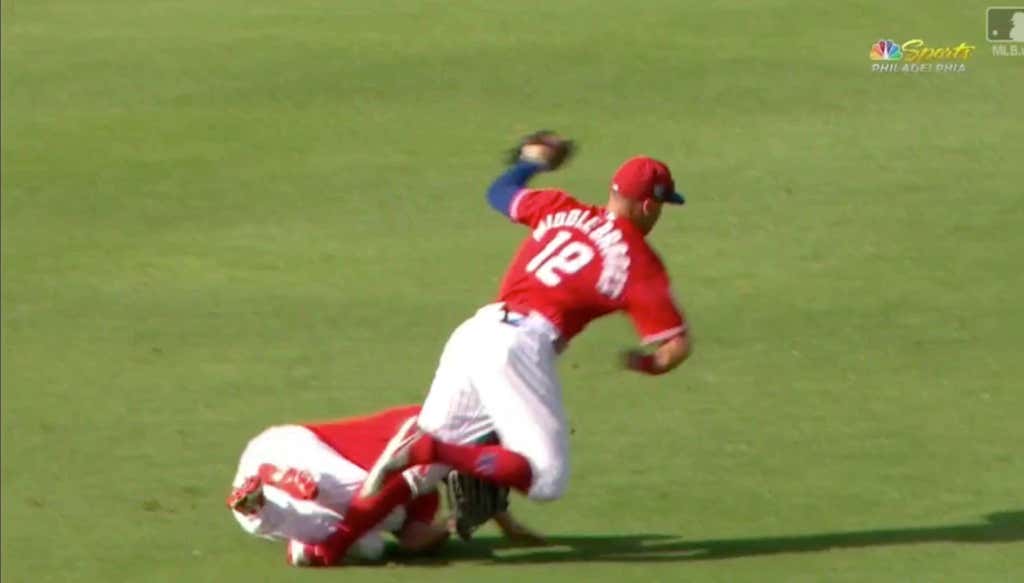 Since winning a World Series with the Red Sox in 2013 and coining the phrase “Boston Strong” after the marathon bombings, Middlebrooks is now with his fifth organization in Philadelphia. After being traded away by Boston prior to the 2015 season, Middlebrooks has since been with the Padres, Brewers, Rangers and now the Phillies, but it looks like it could be a little while before we see him again in a Phillies uniform.

It’s not the biggest blow to the Phillies at the moment, given that they have Maikel Franco locking down the hot corner, but for depth purposes, Middlebrooks has a real shot to see some playing time off of Gabe Kapler’s bench this year. Hard not to feel for the guy.

“Pretty emotional moment,” Phillies manager Gabe Kapler said. “He was disappointed to come out of the game, especially after busting his [rear end] the first five or six days [of camp] and being in really, really good condition and being excited about camp. We’ll see how this goes. You put yourself in his position. A ton of hard work leads up to that moment. [He gave] everything he [had] on that play.”

Hopefully we’re not dealing with a bone break here, but that didn’t look good at all.