So I woke up to this tweet from Glenny Balls this morning and he unwittingly hit me in the soul like an extra hoppy IPA hits his tastebuds. Saturday mornings are supposed to be a happy time to wake up. No work, less responsibilities than usual, and a tonnnnn of weekend left in the tank. Some would even say Saturdays Are For The Boys.

But instead this Saturday was for gut punches as I was reminded of the lowest lowlight of my life. That’s right, I missed dancing to “Shout” at my wedding 8.5 years ago because I was taking a piss. And not only did I miss the song but I actually have my reaction to finding out on my wedding video.

“Watch this, Lees. You can actually pinpoint the second when his heart rips in half” 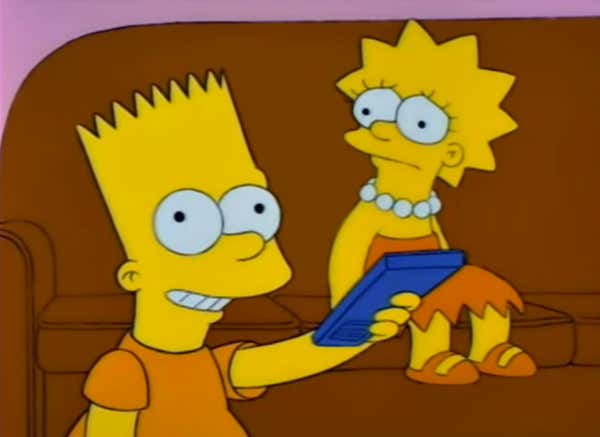 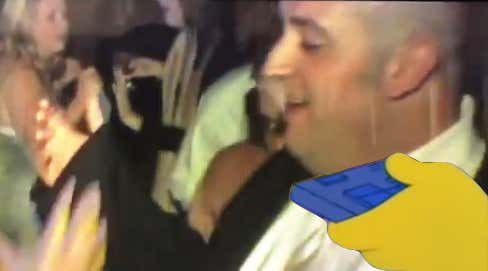 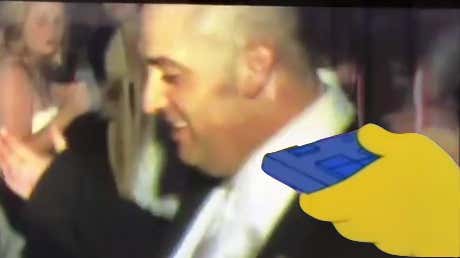 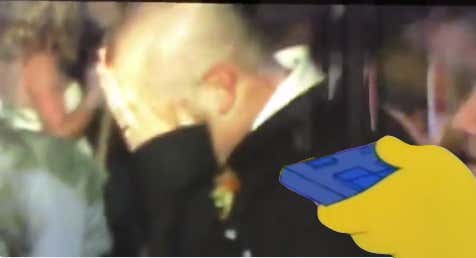 Just an absolute dagger. To be fair, there is no way Glenny could have known this story when he tweeted that out last night. But I am living proof that his tweet is the truest thing ever tweeted in the history of the world. I love dancing to “Shout” at weddings. It’s probably my favorite thing to do, sneaking in jussssst ahead of cocktail hour, getting blackout drunk, and the shuttle ride back to the hotel when everyone is chanting or singing wasted. By the time “Shout” comes on, you don’t feel anything but happiness and energy. I can throw my huge frame around and scream as loud as I want because the entire wedding is in the same frame of mind.

You can even see me say the words “I missed Shout” as my soul exits my body while I also try to kneel down for the “Little bit softer now” part to try to dance out the little bit of the song I made it to. And not only that, but my shitty suit is hanging on my shoulders like I’m Ben McAdoo at his introductory press conference as Giants head coach. Ole crestfallen, Michael Klump, oversized NBA Draft suit head lookin’ ass. 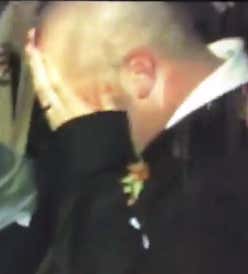 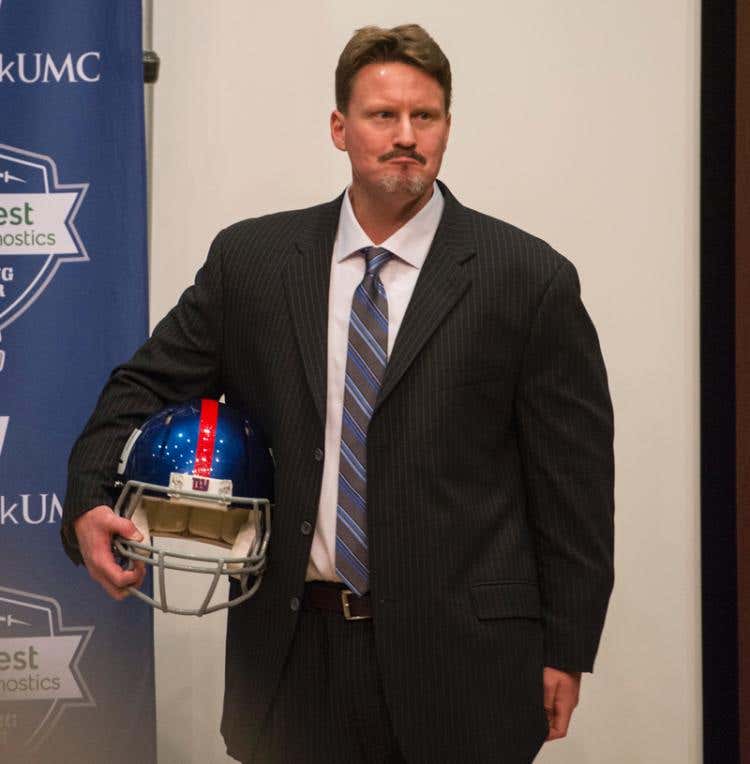 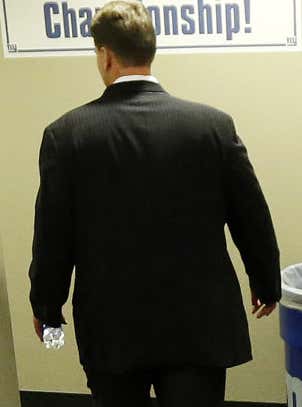 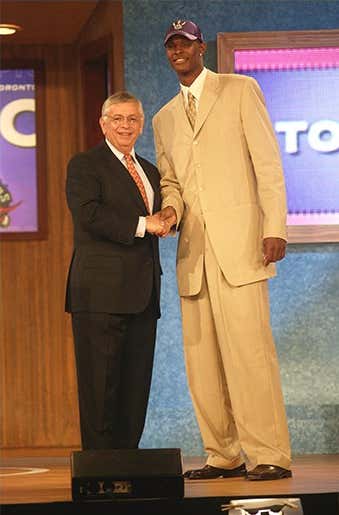 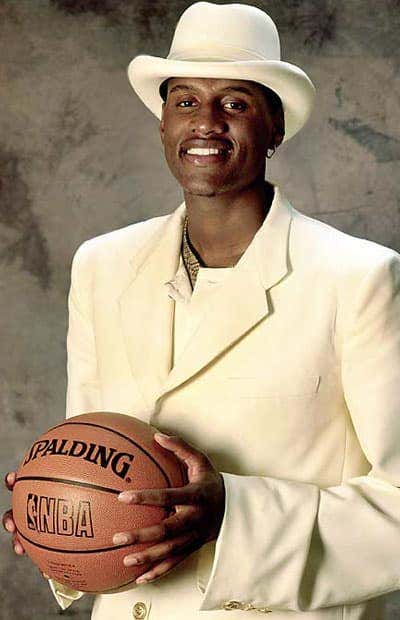 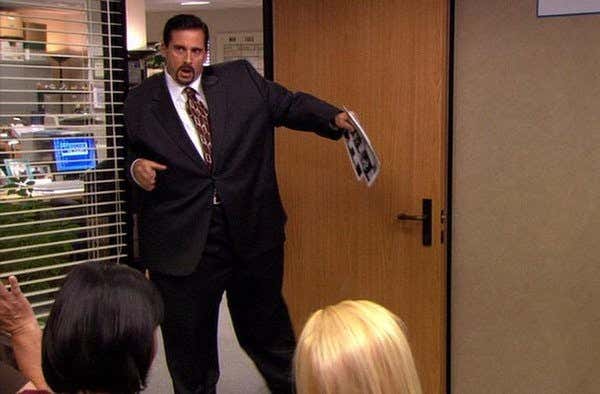 To add insult to injury, I had learned from prior weddings that my father-in-law treats “Shout” like the best part of a wedding day. He has a whole routine that I became a part of and he clearly saw me as someone he could pass it along to. Instead on my wedding day, he saw me miss 90% of the song, which was clearly just a taste of how much his son-in-law would let him down now that we were officially family. Shout out to my boy Viv for trying to fire me back up by beating the shit out of my head during the “Little bit louder now” crescendo. Only the truest of friends realize they have a green light to kick your ass at your lowest moments because you are already dead inside.

I was told by multiple people to ask the DJ to play Shout again since I was the 2nd most important person at the party and paying the bill. But even in my drunken stupor, I knew it wouldn’t be the same. “Shout” should only be enjoyed once and has to happen naturally. You cannot recreate that initial jolt when the entire crowd heads to the dance floor the moment that epic “WELLLLLLLLLL” plays on the speakers.

I fucked up. Taking a piss while talking to my cousin’s boyfriend during a time when Shout simply MAY have come on was my Emeka Okafor and Caron Butler moment. #PlayasFuckUp and I fucked up on the biggest day of my life. I’m sure some hardos will say that Shout is overplayed or corny at a wedding, but those people suck and don’t know how to have fun. Wedding Crashers Don’t Lie when it comes to all things wedding.

Other than the biggest lowlight ever, my wedding night was still the best night of my life. Being surrounded by friends and family all celebrating you and the love of your life as you hammer down pigs in a blanket and an open bar is obviously awesome. If your favorite birthday party felt like it went in fast forward then your wedding feels like it went in 10x speed on your DVR. Even my wife mistakenly deadbolting me out of our wedding suite at the end of the night and falling asleep, leading to me sleeping in the hallway after knocking on the door and calling her phone for hours while I was barefoot and bleeding couldn’t damper a great night. But that’s another story for another day.

Anyway, my one piece of wedding advice to any Stoolies out there is to tell the DJ to make sure you are on the dance floor whenever “Shout” is on. Tell him that his tip depends on it. Actually that seems douchey. Tell him that his life depends on it. Yeah finding a good reception hall, an affordable photographer, or the right spouse is important. But whatever you do, make sure you don’t miss “Shout”. Or else you will regret it literally for the rest of your life. Don’t be that guy or girl. Don’t be me. And make sure you find a suit that fits right. Have some respect for yourself and the holy day.

UPDATE: This apparently happened to Reags too.

I want to laugh at that picture because Reags wears that pain just like I did. He looks like a 16 year old being forced to take a picture in front of the Magic Kingdom with his younger siblings as a group of cute teenage girls watch. And you can tell that Mrs. Reags is even saying “Oh shit, we are missing Shout” as she looks back in horror. Again, I wouldn’t wish this feeling on my worst enemy. Keep your heads on a swivel the night of your wedding reception, people. Or you will regret it the rest of your life. And again, wear a suit that fucking fits right!