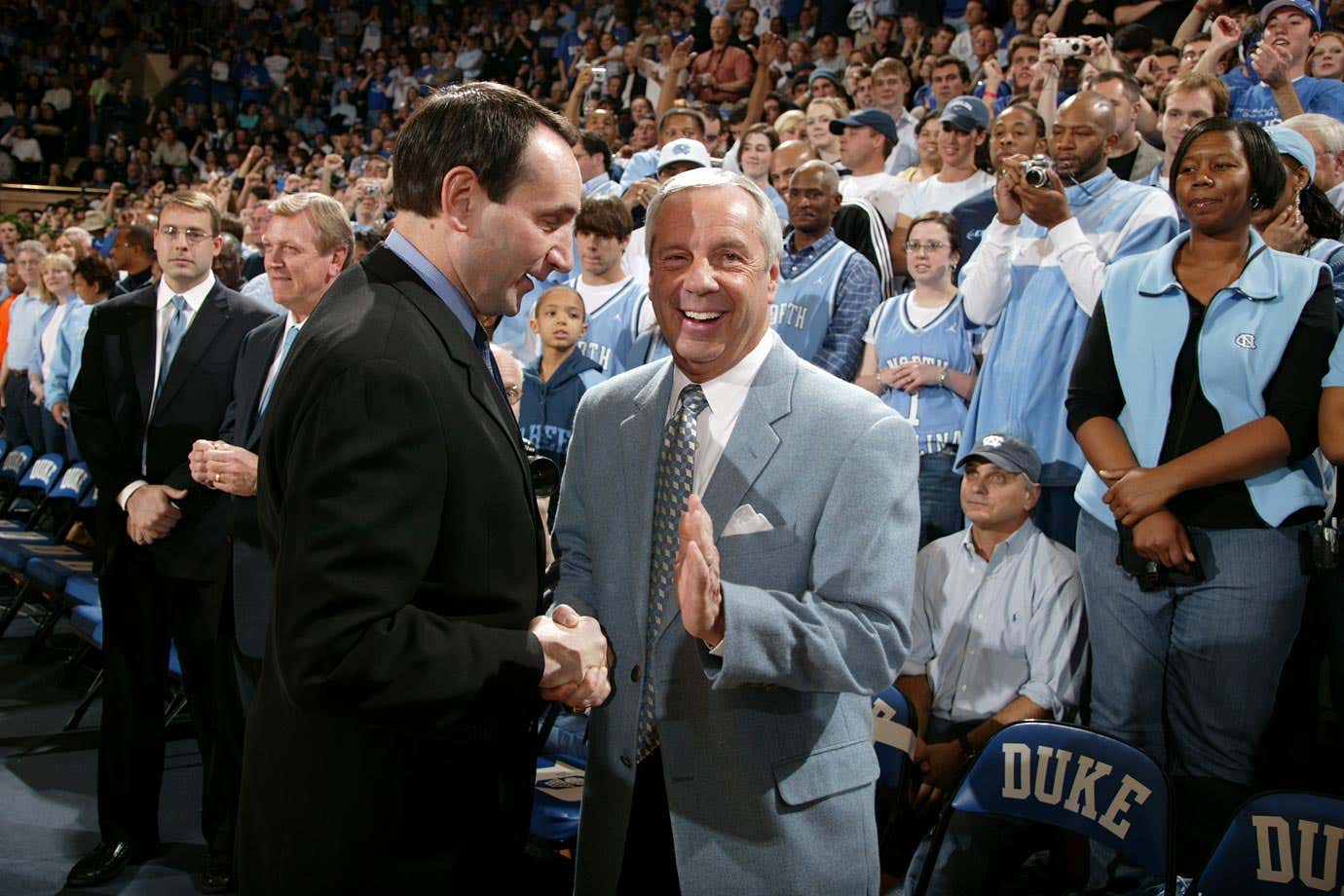 These usually go up on Friday but with all hell breaking loose yesterday, I pushed it back a day. We won’t waste any time getting into it as we’ll still do previews for the day and settle in for a really nice slate of games. Because of the uncertainty of everything going on, this is an FBI investigation-free mailbag.

The quadrant system is great from a visual standpoint. It’s a nice easy breakdown of a team’s resume with adjustment for where the game is played. That’s awesome. The RPI is not awesome. That’s what needs to change. What they need to do is use the average of rankings from RPI, KenPom, Sagarin Rankings, etc. Take 6 of those like they do for the top of the team sheets, take the average and that’s where the quadrant rankings should fall. I don’t have a problem of how it’s set up, although I may shorten it a little bit. However, the 1-75 on the road, 1-35 at home, etc those quadrants were put together by guys like KenPom, so I don’t have a huge problem with that. Just get rid of the damn RPI.

Yeah, barring a huge collapse I think they get in. They have wins at Syracuse, neutral vs Maryland, home to URI and even a semi-home win over Vermont. That should be good enough to have them on the right side of the bubble as of today. They can’t really afford a loss to VCU, Davidson or St. Louis then in the A-10 Tournament assuming they get to the finals they are a lock. If they get to the semifinals they’ll be squarely on the bubble. I do think however they get in as a 10/11 seed.

It’s a tough spot for Porter. Knowing what we know about him and the Porter family, family is important. It’s why he’s at Missouri. It’s why his brother reclassified to join him at Missouri this year. More importantly, Missouri is essentially family for the Porter family with ties to both his mom and dad’s side. So, if he’s healthy he’s going to try his best to play. However, from a practical standpoint and if I’m him, I’m passing on this season. I’m not risking millions of dollars to play over the next 5-7 games. All it takes is a slip onto his back and he’s out again. Now instead of going top-6 he falls to top-20. That’s a pretty hefty paycut. Porter is an incredible talent, but it’s still incredibly tough to come back from 6 months off and immediately look the part.

Yes, the Big 10 is actually that bad. It’s incredibly top loaded with a true title contender in Michigan State and then a Final Four contender in Purdue. Sure, if Ohio State and Michigan made a run that wouldn’t necessarily shock me. But, that’s it. Those are the only teams in the NCAA Tournament. Plus, what’s the point of saying they aren’t in but could’ve been? If they could have been in, they would have won games, especially in the nonconference where the Big 10 was putrid. I mean comparing it to the Big 12 is, and I’ll be frank, stupid. The Big 12 is the best conference in America this year. There are legit 9 teams that have a chance to make the NCAA Tournament. The bottom of the Big 10 also isn’t like other leagues. It’s like the Pac-12.

It’s simple. The Cowboys need to win at Texas, Iowa State and then home to Kansas. That gets them to 19-12, 9-9 in the conference. From there they have more wiggle room, but the nonconference is ultimately going to hurt them too. They didn’t play anyone outside of Florida State. Beating top-200 teams looks nice for the record, but doesn’t do anything for the tournament resume. The path is likely win out and get to the Big 12 title game and you have a shot.

Duke – There are a bunch of candidates here so we’ll take Chris Collins over Jeff Capel and Bobby Hurley.

UNC – There really isn’t a logical fill in here, so we’ll go with Gregg Marshall who got his start at Winthrop.

Kansas – I always wanted to say Danny Manning, but don’t know if he gets there. So I’ll go with Jerod Haase

Kentucky – He’s being tied to another Kentucky school, but let’s say that school goes on serious sanctions and goes elsewhere. I’d go after Chris Mack over Chris Holtmann. Tony Bennett should get a call first though.

UCLA – I’m not sure there’s a logical fit here, but they should go hard after Randy Bennett.

Michigan State – He was an assistant coach at Michigan, so he knows the state. I’d make a run after LaVall Jordan at Butler.

He should be president now, so no.

Yeah, I think they have a shot as a No. 2 seed. We saw the committee slide them into a No. 3 seed on the top-16 reveal so it’s not like they have a huge jump to make. They are currently behind Virginia, Villanova, Xavier, Kansas, Duke and in the same group as Michigan State and Texas Tech. Question is do they hold on to that No. 2 seed over someone like Auburn or Clemson? Beating Miami and Duke and then getting to the ACC semifinals should do the trick. We saw the committee value big wins over big losses.

I’d go Konate. His defense allows Jevon Carter to gamble and really get after guys and this year alone Konate has been the better defender. All 3 are locks for the All-Big 12 Defensive team (I’d throw Keenan Evans on there too as a lock) which would make Carter a 4-time selection. But, for DPOY give me Konate.

If Western wins out, meaning they beat ODU and MTSU in the regular season and likely ODU again in the conference semifinals, they deserve to be in the NCAA Tournament. They have the neutral court win over Purdue, but unfortunately for them the win over SMU ended up looking average. But, in a vacuum, if they win out and get to the finals against MTSU, I think they deserve a bid.