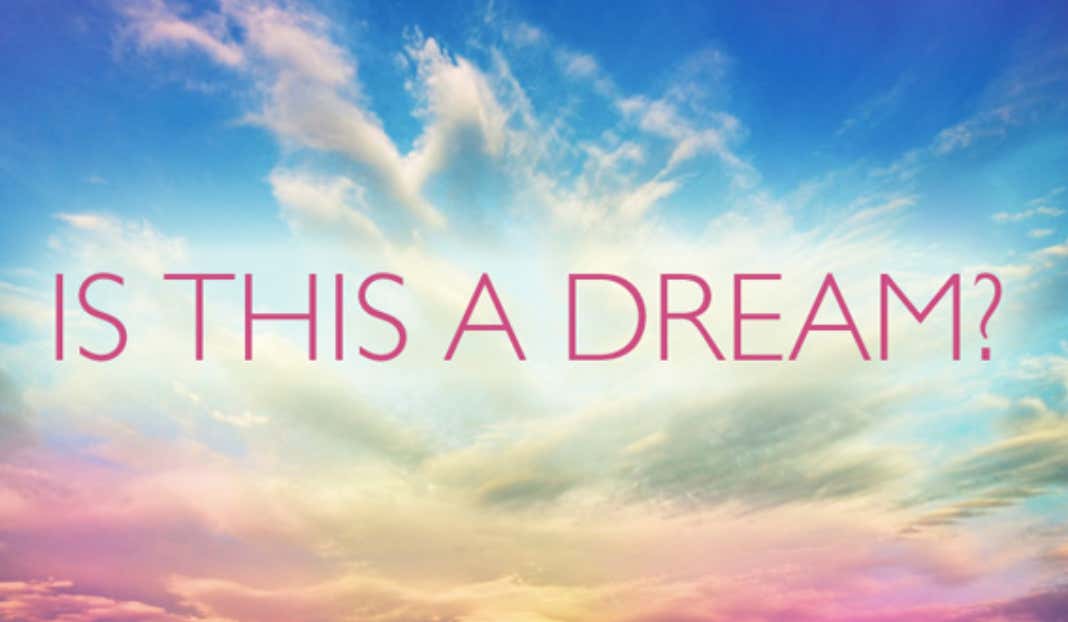 This…this isn’t normal. It’s actually getting scary. Up until February 4th, 2018, Philly was not allowed to have nice things. But since, all Philadelphia has been doing is bathing in success. I don’t get it. It’s like the God’s have realized their latrines have been hovering directly over The City Of Brotherly Love for decades and are doing what they can to make up for everything. And we’ll take it.

The Birds. 1-0 with the biggest victory in Philadelphia sports history. An underdog is a hungry dog, and hungry dogs indeed run faster.

Damn you, Devils. An overtime shootout loss is the only smudge mark on this palette of greatness. Even so, you can’t deny this amazing run on ice. The Flyers, a team who lost 10 straight games this season, are now within 1 point of the Capitals for the division lead. Jordie has got all the evaluation you need (and then some, per usual), but last night’s 2-1 victory over that fake franchise in Columbus was another notch in Dave Hakstol’s fuck you belt. 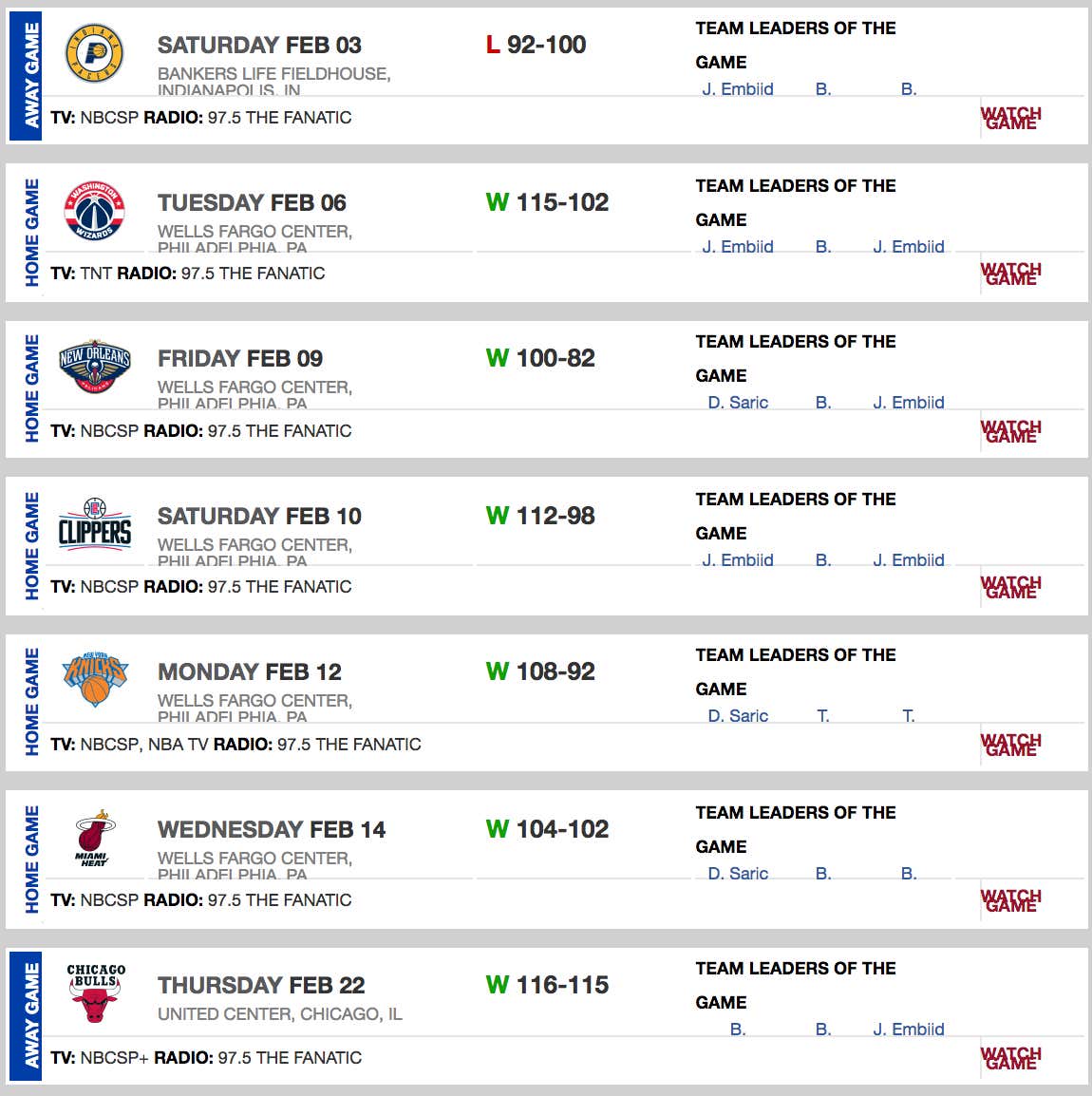 The 76ers played magnificently during a 5-0 homestand before the ASB and returned last night to be essentially given a W. Hey, we’ll take it. The Sixers were up by 18 in the first vs. Chicago who basically showed they’re giving up on the season…but then were down by 5 with 1:02 to go. Thankfully, the Bulls have become proficient in the art of tanking sooner than later. That inbounds pass with 5 sec left reeks of tank. YIKES.

Gabe Kapler has been continuing to tan his testicles (seriously), which can only be considered a win for the Phillies heading into Spring Training. Especially after his “Be Bold” party, whatever the fuck that meant. But now those golden nuts are slowly but surely turning into golden guts, as the Phils notched a W over the fightin’ University Of Tampa Spartans, 9-0 yesterday.

Is a shutout exibition victory over a D-II College team noteworthy? Perhaps not. However, remember we’re 3 short years removed from this being our reality: 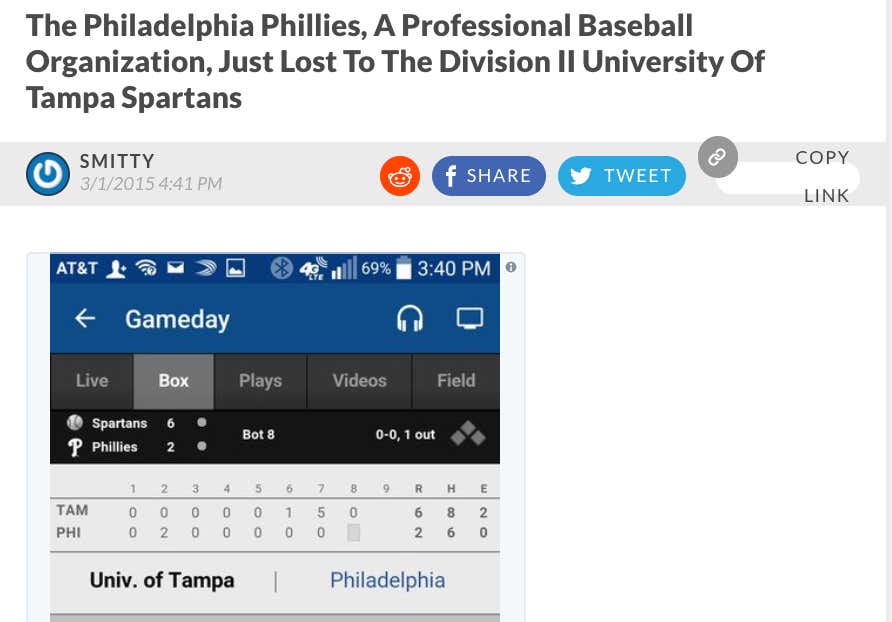 And even greater, 2) Personally ending the Barstool career of that fraudulent sack of shit, Michael Rapaoport.

The ride is going to come to an end. It has to, right? Till then, stay hungry, my friends.