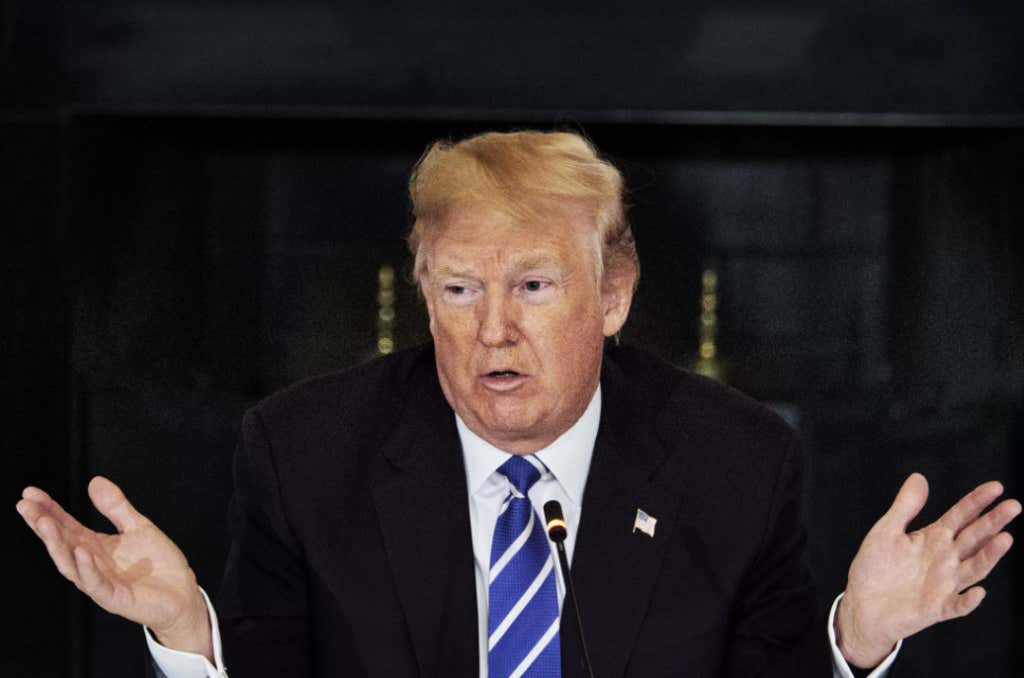 TheDailyBeast- During a meeting Thursday with state lawmakers, President Trump suggested violent entertainment is to blame for mass shootings in the United States. His proposed solution? A ratings system for movies.

“We have to look at the internet because a lot of bad things are happening to young kids and young minds and their minds are being formed,” the president said. “We have to do something about maybe what they’re seeing and how they’re seeing it. And also video games. I’m hearing more and more people say the level of violence on video games is really shaping young people’s thoughts.”

And then the president pivoted to blaming Hollywood.

“You see these movies, they’re so violent. And yet a kid is able to see the movie if sex isn’t involved, but killing is involved. And maybe they have to put a rating system for that. You get into a whole very complicated, very big deal but the fact is that you are having movies come out that are so violent with the killing and everything else that maybe that’s another thing we’re going to have to discuss.”

Pretty decent proposal from the President here. If a movie’s got sex, or possibly even violence present, there should be some kind of rating system to pre-warn us of that. Parents can’t be taking their kids to see that kind of stuff. I mean, when you think about it, it really is ridiculous that we just go in blind to every film we see – hold on, huh? Oh really? Hmm. I see. Thanks. I’ll let them know. – folks, apparently we already have this. We’ve had this for a while now.