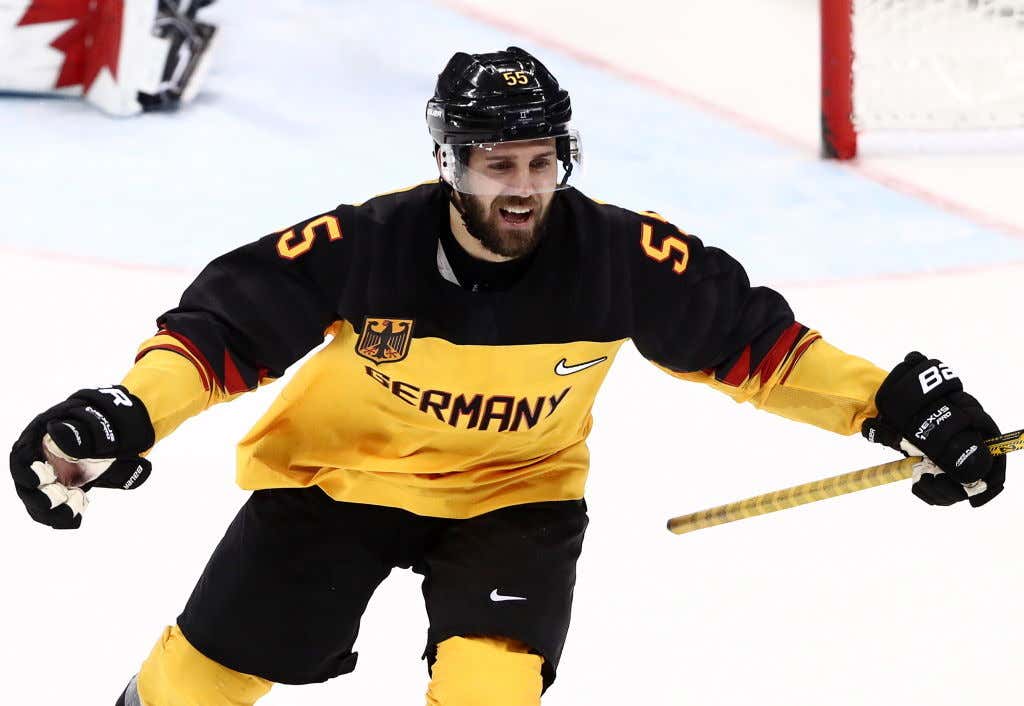 As soon as it was announced that NHL players would not be participating in the 2018 Winter Olympics, we knew that the tournament was going to look a little fucky. We knew that at the very least, it was going to make the tournament a little more competitive. No more would we have a team full of Slovenians have to go up against a team where Jonathan Toews is the 4th best center on the team. No more would we have Team Norway led by Mats Zuccarello give Team USA a hard time in the 1st period before guys like Patrick Kane and Phil Kessel bury 40 goals in their face. We knew that the tournament wasn’t going to look like what we’ve come to expect over the last 20-30 years. But holy shit I don’t think we ever could have imagined Team Germany taking down the Canadians in the semifinals to advance to the gold medal game.

They’ve had like 3 big-ish name hockey players come out of Germany in the last 3 decades. You have Olaf Kolzig. You have Dennis Seidenberg and his T-Blades. And now you have Leon Draisaitl. There are a few more here and there but that’s about it. Germany is not a hockey country. But here they are in the year 2018 and they just took down the team that won 3 golds in the last 4 Olympics. Granted, it’s not the same Canadian team that won all of those golds considering none of the NHL guys are there. But the Germans didn’t even qualify for the Sochi Olympics so don’t give me that bullshit excuse. And now here they are playing for gold.

It even got so bad at one point that the Canadians had to resort to throwing headshots out there.

Incredible. 4-3 Germany. And now the Germans will have to take on the Russians in winter. We’ve seen how that has gone for them before. In case you’ve never opened a history textbook before in your life, it’s not good. But I’ll tell you what. I’m all on board this German Olympic Hockey Team. I would love nothing more than to see a team that didn’t even qualify for Sochi stick the final dagger in those cheating Russian bastards. Nothing would please me more than to see a team led by Marcel Goc send Ilya Kovalchuk back home to Putin with a silver medal.